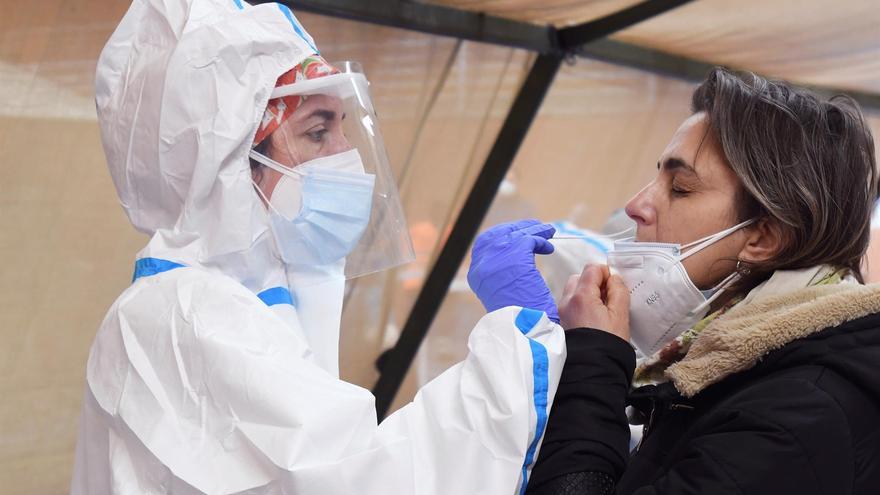 The incidence of coronavirus cases has fallen this Friday and has stood at 229 positives per 100,000 inhabitants in the last 14 days. This is one point less compared to the day before, when it marked 230.

On this day, the Ministry of Health has registered 9,135 new cases of coronavirus, of which 4,710 were detected in the last 24 hours. This is a decrease compared to yesterday, when they were 10,143. In total, since the beginning of the pandemic, 3,524,077 people confirmed by tests have been infected in Spain.

Regarding the deceased, the health authorities have added 136 new ones this Friday, which brings the total for more than a year to 78,216 deaths. Of these, 265 have occurred in the last week.

Evolution of the cases, deaths, hospitalizations and those admitted to the ICU notified each day according to the notification date.

In hospitals, there are 9,668 patients with coronavirus as of this Friday, of which 2,308 need treatment in intensive care units. This means that 22.92% of ICU beds are occupied by COVID patients. In the last 24 hours, there have been 1,107 registrations and 1,057 admissions.

The communities have administered 504,823 doses of some of the available vaccines this Friday. It is the first time that Spain has exceeded half a million punctures in a day and marks a record for daily vaccination for the second day in a row. At this rate of vaccination, it would take five more months to immunize 70% of the population with two doses, which brings closer the objective of the Government, which is to do it before the end of August.

In total, 16.4 million vaccines have been administered. Almost 25% (24.8) have at least the first dose, about 11.8 million people, and about 10% (9.9) have received the full vaccination schedule. This means that some 4.6 million people have received two injections with the Pfizer-BioNTech, AstraZeneca or Moderna antidotes or a single Janssen puncture, which is the only single-dose preparation authorized in Spain so far.

This Friday, The Public Health Commission has announced that it is extending the deadline for second doses of the AstraZeneca vaccine against COVID-19 from 12 to 16 weeks for those under 60 so that you have more time to decide whether to give them a second AstraZeneca or another drug as well.

The first people to be inoculated, who were inoculated in mid-February, would already have their turn in early May, according to the manufacturer’s technical data sheet and as stipulated by the recommendation of the national vaccination strategy until now. With this change agreed in the Commission, it will be at the end of May. “This will allow us to review the pharmacovigilance data that are published on the use of the second dose of AstraZeneca in this age group and the new evidence on the use of a different vaccine for those who have received the first dose of AstraZeneca,” he explains. the ministry on a note. Some governments, especially that of the Community of Madrid, have been against this delay.