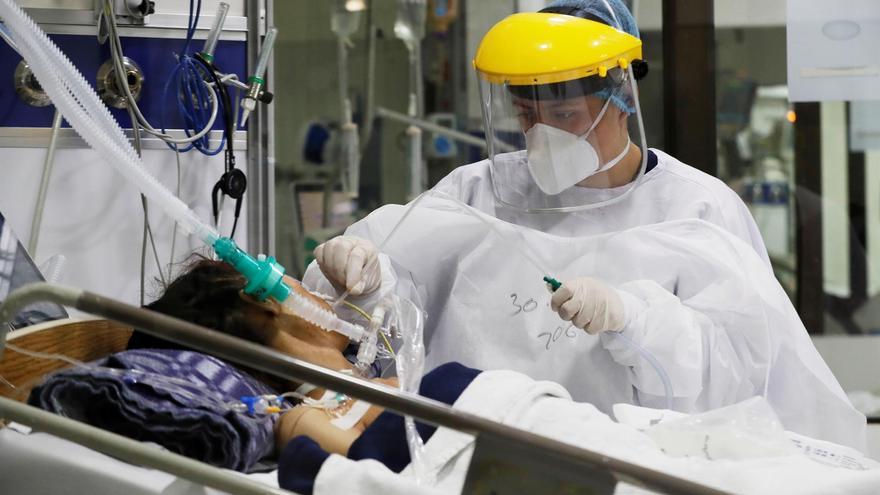 The incidence rate continues to decline in Spain. This Wednesday, the data is 173 cases per 100,000 inhabitants in the last 14 days, which represents a fall of seven points compared to yesterday’s 180.69. The data rises in the Canary Islands and Extremadura.

In addition, this day, the Ministry of Health has registered 6,418 new cases of coronavirus, of which 3,210 have been detected in the last 24 hours. Compared to this Wednesday, the figure is an increase, since then they were 4,941. In total, since the beginning of the pandemic, 3,592,751 people confirmed by test have been infected in Spain.

Regarding the deceased, the authorities have added 108 new ones, which brings the deaths for more than a year to 79,208: 261 of them have occurred in the last seven days.

This Wednesday, the European Medicines Agency (EMA) has again insisted on what he said three weeks ago about AstraZeneca: “There is no indication that there are problems with a second dose. We continue to recommend that it be applied.”. In Spain, however, it is still weighing what to do, since vaccination to that segment of the population stopped due to sporadic side effects with rare cases of thrombi.

Alternatives include substituting the second dose of AstraZeneca for an mRNA vaccine – Pfizer or Moderna. “But data is lacking,” says the EMA: “We are awaiting the results of a study in the UK in this regard to reach some conclusion. Currently, this body is analyzing four vaccines for future authorization: Curevac, Novavax, Russian Sputnik V and Chinese Sinovac.