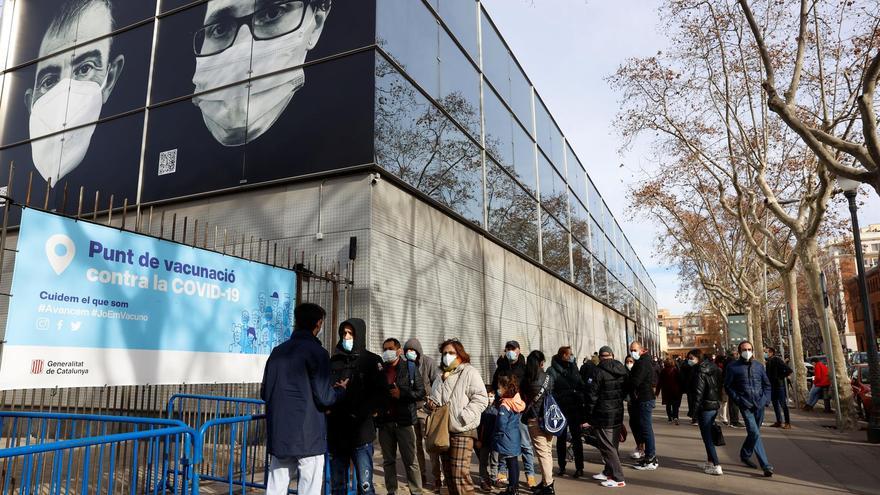 The incidence falls in Spain for the first time since October, and goes to 3,306.52 cases, 91 points less than this Monday, when Health reported 3,397.6 cases per 100,000 inhabitants. At the end of October, the incidence rate was around 49 cases and the country registered daily incidence figures that barely varied by a few tenths. In November, the incidence curve progressively began its upward trend, and at the time of the Christmas holidays this sixth wave led to maximums in both daily infections and cases per 100,000 inhabitants. Now, the incidence shows a slight drop again, although Spain continues at the highest levels of risk of contagion, according to the Health criteria.

94,472 new infections have been registered, with which more than eight and a half million people have been infected by the coronavirus. After the weekend, the number of positives amounted to 331,467 people.

284 people have died from COVID-19 on this last day. In total, Health has reported 91,277 deaths since the start of the health crisis.

More than 18 million people have a souvenir dose in Spain

The number of people with a booster dose in Spain amounts to 18,092,445, according to the latest update from the Ministry of Health. Almost 80% (79.9%) of those initially vaccinated with AstraZeneca have this immune booster, while 68.1% of those who received the Janssen dose already have the extra vaccine.

On the other hand, the injection against COVID-19 has been administered to almost half of the children between 5 and 11 years old (45%), who were the last to join the vaccination strategy.

A new study, carried out by the American biotech company 23andMe, reveals a genetic risk factor that influences the likelihood that an individual will experience loss of smell or taste as symptoms of COVID-19. The finding is published today in the journal Nature Genetics.

According to the authors of the work, the genetic locus – the specific place where a gene or other DNA sequence is located on a chromosome – located in the vicinity of the UGT2A1 and UGT2A2 genes is associated with an 11% increase in the probability of developing either of these symptoms after SARS-CoV-2 infection.