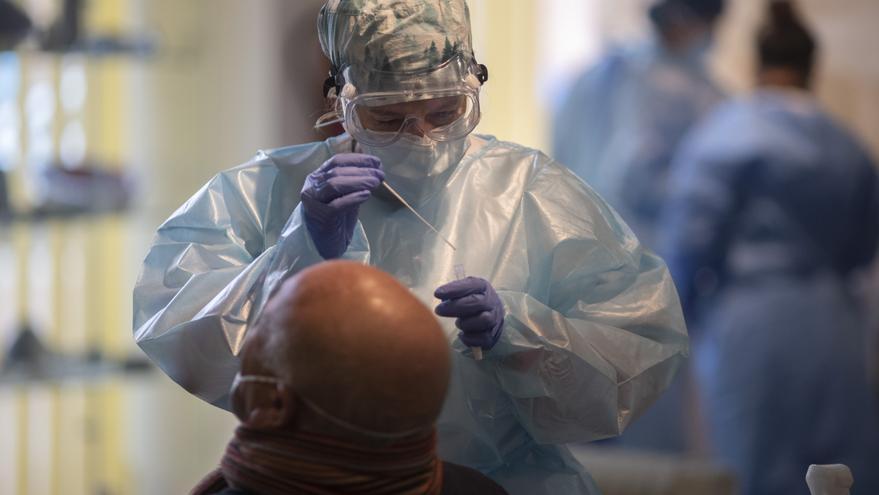 The Ministry of Health has registered 14,581 new cases of coronavirus. This is the lowest number of infections since December, a figure that continues to decline and that yesterday registered 17,853 infections. In total, since the beginning of the pandemic, 3,056,035 people confirmed by tests have been infected in Spain.

Regarding the deceased, the health authorities have added 530 more to the balance of this Friday, a figure that exceeds the 513 of the day before and that increases the deaths since last March to 64,747.

The accumulated incidence continues to decline: today it marks 496.01 cases per 100,000 inhabitants in the last 14 days. The data continues to be more than double that set by Health as “extreme risk”.

The number of citizens vaccinated in Spain against the coronavirus has today exceeded one million people. This symbolic barrier is broken 48 days after the first dose was administered on December 27 in a nursing home in Guadalajara Araceli Rosario Hidalgo, 96, from Granada.

In total, according to the data from the activity report published each afternoon by the Ministry of Health, since the vaccination campaign began, the two doses have been administered to a total of 1,000,485 people.

Since the vaccination campaign began, Spain has received and distributed 2,914,755 doses among the Autonomous Communities, of which 2,423,045 have been administered, representing 83.1% of the total.

At the moment the vaccines that are being administered are those of Pfizer / BioNtech, Moderna and AstraZeneca. It is expected that the Janssen / J & J and the Sanofi Pasteur / GSK will also be approved and administered in the coming weeks.

A total of 999,316 people have completed the schedule with the Pfizer / BioNtech vaccine; 1,169, with Moderna, and still no one with AstraZeneca / Oxford, since they began to be administered this week.

The data arrives in a day in which The Community of Madrid has announced that, in principle, as of Thursday, the curfew will be delayed at 11 p.m.; as well as the closure of the restoration, which will be flexible until that time, although new customers will not be admitted after 10 pm. On the other hand, they have reported that they are going to extend the mobility restrictions due to the coronavirus to seven new basic health zones (ZBS) and one locality and that they are going to raise them in 24 basic zones and in 15 localities, so from Monday there will be restrictions to enter and exit in 55 basic areas and 14 urban centers of small towns. Almost 1.4 million people from Madrid live in these areas, 20.7% of the population in the region, and 24% of contagion cases are concentrated in these areas.