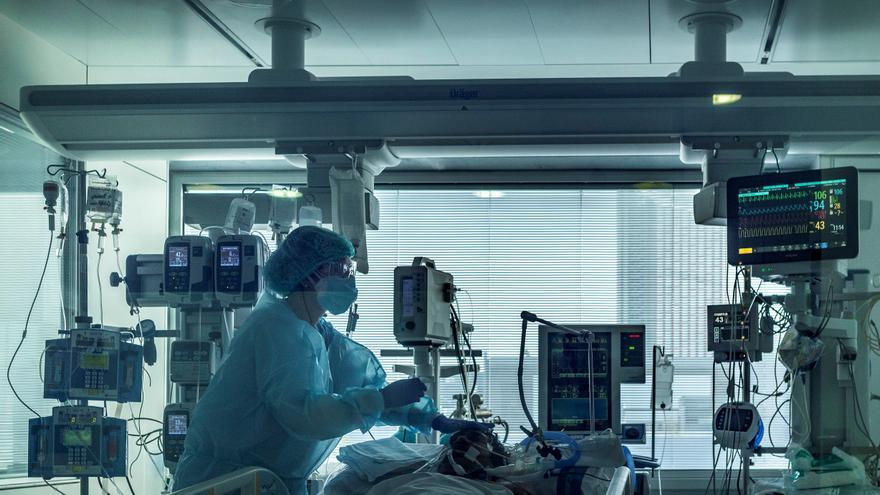 The accumulated incidence at 14 days, which yesterday registered a slowing down in its continuous descent Since January 28, with 206.05 cases per 100,000 inhabitants, this Friday stands at 193.91 cases. This is the first time since December 15 that Spain registers an AI below 200 cases, however the figure still represents a “high risk” in the scale set by Health and is far from the target set.

The data published by the Ministry of Health also reflects that in the last 24 hours, 8,341 COVID-19 infections have been diagnosed by test, while 9,568 positives were registered yesterday. In total, 3,188,553 people have been infected in Spain since the beginning of the pandemic.

By communities, Catalonia is the one that adds the most infections in the last day, with 2,752 new cases; followed by Madrid, with 1,563; Andalusia, with 1,223; and the Valencian Community, which adds 536.

As for those who died with the virus, the data leaves 329 victims this Friday, compared to 345 yesterday. The total figure for the week amounts to 862 deaths, adding to the total of 69,142 since last March. The month of February closes today as the deadliest since April, with a total of 10,823 deaths, pending the full closing of the month.

The number of hospitalized with COVID also decreased this Friday (12,207, 624 less than yesterday), which represents an occupancy of 9.6%. The Community of Madrid is where the greatest pressure in the ICU has been registered since the beginning of the week, with 43.2% of beds occupied today. In second place is Catalonia, which remains at 38%; Castilla y León, which also registered 37%.

In the last 24 hours, higher numbers of COVID patients than admissions in Spanish hospitals have once again been registered, with 1,461 compared to 1,022.

The autonomous communities have inoculated 169,477 anti-COVID doses in the last 24 hours, according to the vaccination report published by Health, a figure that exceeds the record of 151,480 injected yesterday. In addition, the week also closes in record with an average of 95,000 daily doses in seven days. The rate of vaccination has increased significantly in recent days thanks to the massive vaccinations that are being carried out in large areas in some communities.

Since the beginning of the vaccination campaign, Spain has received and distributed among the autonomous communities 4,508,845 doses, of which 3,605,635 have been administered, that is, 80% of the vaccines received. In total, 1,243,783 people have been immunized in Spain with the double dose required, according to Health data, 12,001 more people than yesterday.

By communities, Asturias continues to lead as it is where the highest percentage of the population has received the double dose so far (3.80%), followed by Castilla y León (3.70%) and Extremadura (3.64%). Meanwhile, on the opposite side of the table, are the autonomous cities of Ceuta (1.35%) and Melilla (1.50%) as the most lagging territories, followed by the Balearic Islands (1.74%), the only territories that do not reach 2%.

Of the vaccines administered so far, 3,204,953 correspond to the one marketed by Pfizer-BioNtech, the first brand that was authorized in Spain, 145,273 are from Moderna and 255,409 from AstraZeneca-Oxford.

This is how the vaccination rate evolves in Spain

Evolution of
number of new doses of the Covid-19 vaccine administered in Spain. Figures are displayed by notification date

At the current rate, it would take
in vaccinating 70% of the population (with two doses)

These data come on a day in which Health has announced that those under 55 who have already passed COVID-19 they will receive a single dose of the vaccine. The severity with which the infection has passed will not be taken into account, the only requirement is that six months pass after the diagnosis. It is a decision based on several scientific studies that other countries such as France have already taken.

On the other hand, the Secretary of State for Health, Silvia Calzón, announced yesterday at a press conference that the population group at risk formed by people with health conditions that make them especially vulnerable to the coronavirus will be vaccinated after those over 60 years. These decisions are the responsibility of the technicians of the Ministry of Health and the Autonomous Communities, those in charge of updating the vaccination strategy against the virus. This is the fourth version of the plan since it was approved in November.