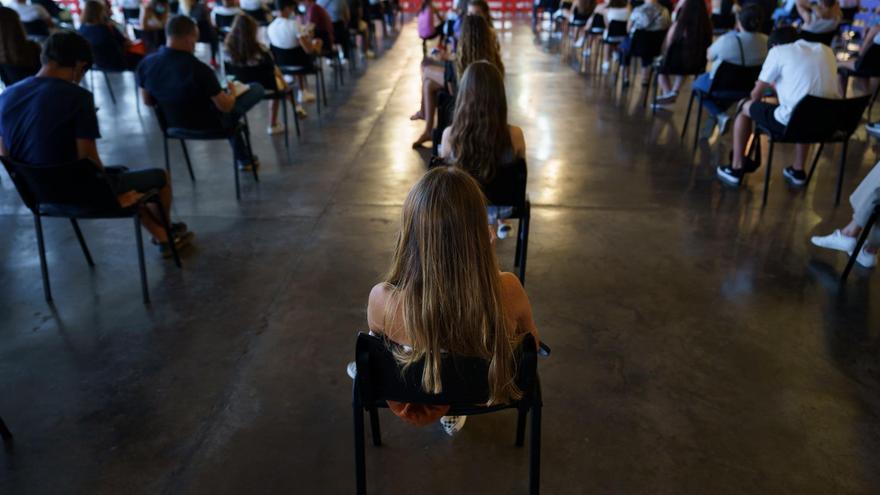 The incidence rate at 14 days has registered a new decrease compared to Tuesday and stands at 633.07 cases per 100,000 inhabitants. This is a drop of 20 points compared to the 653.81 cases of yesterday. This indicator has been on a downward curve for more than a week and this Wednesday increases only in Castilla-La Mancha and Melilla.

The authorities have also added 71 deaths recorded in the last hours, which brings the count of deaths from the disease to 81,844. On Tuesday there were 130 deaths in a single day, the highest daily figure in two months.

The situation in the hospitals is also beginning to improve, albeit timidly. The general occupation of beds with COVID patients is currently around 8.60% and those hospitalized fall from 10,317 yesterday to 10,184 this Wednesday.

However, the occupation of intensive therapies continues to increase, although the ascent has softened after the weekend. Right now, it stands at 20.76%, but with Catalonia close to 50% and Madrid scratching 30%.

The two curves of the coronavirus in Spain: infections decrease in the north while increasing in the south

The fifth wave refers to the national level, but it does so with great differences between communities. While infections are on the decline in a large part of the northern municipalities of the country, such as Catalonia, Asturias, Navarra, Aragón and Castilla y León, the incidence continues to increase in the central and southern areas: many cities in Madrid, Castilla-La Mancha, Murcia, the Balearic Islands, the Canary Islands, Andalusia and Extremadura have recorded significant increases in transmission in recent weeks.

The case of Catalonia should be highlighted: it was the community where this latest wave exploded before and currently 88% of its population already lives in municipalities where infections are declining. Last week, most of the 25 major cities with the highest incidence in all of Spain were Catalan, while currently there are only two left in this ranking. The city of Eivissa, on the other hand, registers the worst incidence rate of all large cities, more than 2,600 new cases per 100,000 inhabitants in 14 days, and infections continue to increase at a very fast rate. It is followed by Calvià, also in the Balearic archipelago, with more than 1,200 cases of incidence in the same period