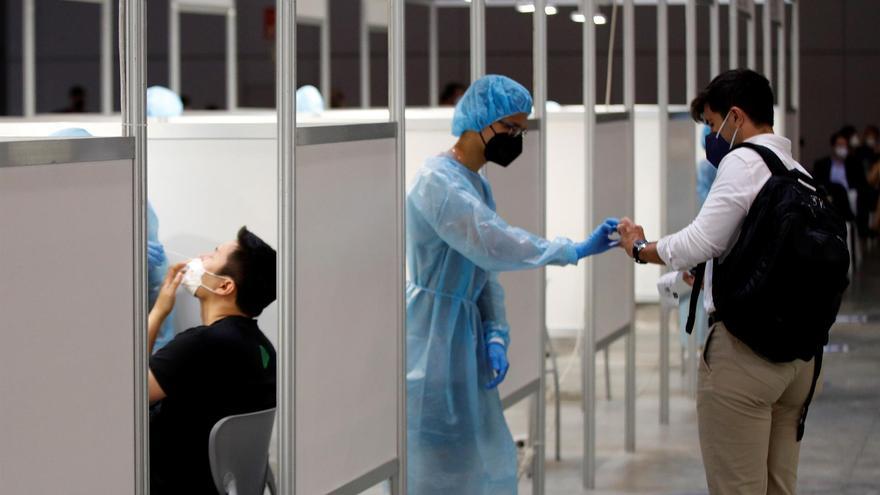 Coronavirus cases continue their downward trend and the incidence drops 104 points to 1,893.35 cases per 100,000 inhabitants. This Monday, the week began with a fall in the rate below 2,000 cases, which, although still high, already shows a decrease in the curve. From Monday to Friday of last week, this incidence parameter dropped more than 700 points.

By age groups, people aged 11 and under, who were the group with the highest incidence in recent weeks, registered a sharp drop in cases per 100,000 inhabitants, going from 3,489 registered this Monday to 3,081 points today. In addition, a single stratum registers less than a thousand cases: that of people between 60 and 69 years old, with 953.5 cases.

Health also seems to register increasingly lower daily positive figures. This Tuesday, 43,831 new infections are reported, bringing the total to almost 10.5 million since the start of the pandemic. Due to technical problems, Catalonia has not updated its data, which may explain the sharp drop in new infections.

Between the region with the highest incidence and the lowest there is a difference of more than 2,500 cases. These are Catalonia, which registers 3,139 incidence points, and Andalusia, which continues to decline, with 638 cases per 100,000 inhabitants. In addition to Andalusia, the Canary Islands also have this indicator below a thousand cases. The regions with the greatest increase in new infections -not including Catalonia- are: Comunitat Valenciana, with 8,985; Madrid, with 7,899; and Galicia, with 4,320 new positives.

Hospital pressure continues to show progressively lower figures. All the indicators go down: the percentage of occupied beds in the ICU goes from 19.56% to 18.76%, while the hospitalization rate falls to 32.05 points. Catalonia is the community with the highest percentage of beds occupied in intensive care units by COVID patients, with 35.59% occupancy.

The latest update of the Ministry's data reports 361 new deaths, while 335 deaths from COVID-19 were recorded on Monday. Since the coronavirus entered the country, 94,931 people have lost their lives due to the disease.

On the other hand, 55.6% of children between 5 and 11 years old have at least one anti-COVID vaccine.

In the general population, 82.6% have received the complete regimen against the disease, and 80.9%, at least one injection.

Boys and girls will be able to play without masks in schoolyards starting this Thursday. The lifting of the obligation to wear face masks outdoors also includes outdoor spaces in schools, as confirmed by the Government spokesperson, Isabel Rodríguez, at the press conference after the Council of Ministers that approved the end of the restriction. . A "great news", he continued "for minors, who have given" a great example of responsibility ".

Students were never able to benefit from the relaxation of outdoor masks last summer. The measure did not decline for them because it was considered that during the game they could not maintain the minimum distance of 1.5 meters. So while the general population was able to take it off, schools continued to demand it. With this step, minors are released for the first time in two years from this obligation, although it will continue to be kept inside the classes.