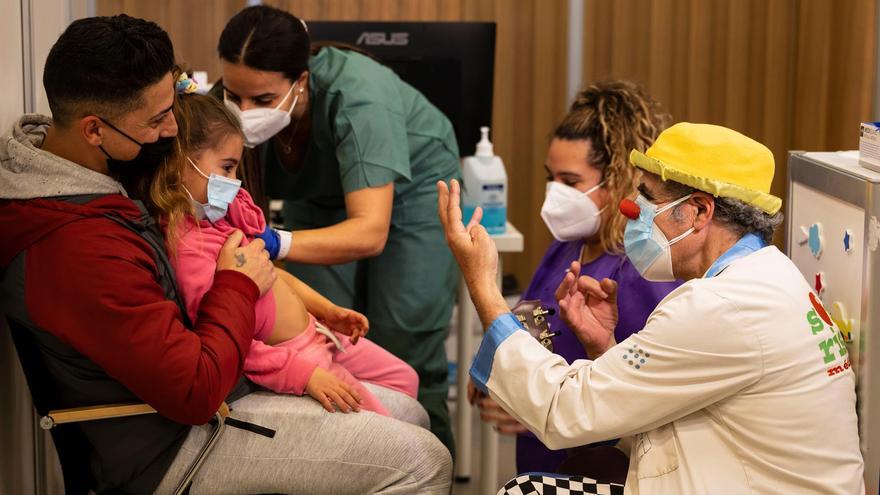 The incidence falls again to 3,381.16 cases per 100,000 inhabitants. This is 37 points less than on Friday, when the rate rose to 3,418.46 cases after three consecutive days of decline. However, the increase reported on Friday could respond to a statistical effect.

Those infected in Spain already exceed 9 million since the start of the pandemic (9,280,890 in total). This Monday, Health reports 305,432 new positives after the weekend. Almost half (four million) of the registered infections in the country have been reported since November 2021.

Those under 11 years of age register an incidence rate of 5,248 cases, almost 600 points more than on Friday. However, the rest of the age groups maintain approximately the same incidence levels after the weekend.

The percentage of hospital occupancy by COVID patients is once again at "very high" risk levels, according to the Health criteria, with 15.76% of occupied beds. However, this may be due to fewer casualties over the weekend.

253 people have died from COVID-19 since Friday, bringing the total number of deaths to 91,994. Last week there were 982 deaths, the highest number since March last year.

The three communities that were the first in terms of incidence, registered less than 5,000 cases. Euskadi notifies 4,076; Navarra, 4,959; and Aragón, 4,952 incidence points. However, Catalonia is at the forefront in terms of the incidence rate, with 5,402 cases per 100,000 inhabitants and 104,149 new infections since Friday. In addition, the Valencian Community registers 57,608 positives after the weekend, and Andalusia, 21,491 infected.

70.5% of those over 40 years of age have already received the booster dose against COVID-19, according to the latest update from the Ministry of Health. Meanwhile, 91.1% of those over 70 have this third puncture.

More than half of the children between 5 and 11 years old, the last to join the vaccination strategy, have at least one anti-COVID dose (53%), which in total are 1,740,737 minors throughout Spain.

On the other hand, 92.6% of those over 12 years of age in the country have at least one injection, compared to 90.7% of this group that has the complete guideline.

The data confirms that it is the vaccines, in their complete schedule, that are containing the onslaught of the sixth wave in hospitals: "A vaccinated person between 60 and 79 years of age is 16 times less likely to be hospitalized, 29 times less likely to go to an ICU and 20 times less likely to die," said the Minister of Health at a press conference yesterday. But there is also a loss of vaccine protection against mild disease and infection over time.

Several studies, including the JAN-COVID Senior, whose results were presented yesterday by Health, show that the booster dose restores the defenses and places the vaccinated person "in an immunological safety zone," said the director of the Carlos III Health Institute (ISCIII), Cristóbal Belda. "A third vaccine dose in patients over 65 years of age —the population studied in ENE-COVID Senior— increases the general titers of antibodies against the receptor binding domain (RBD) by more than 20 times".