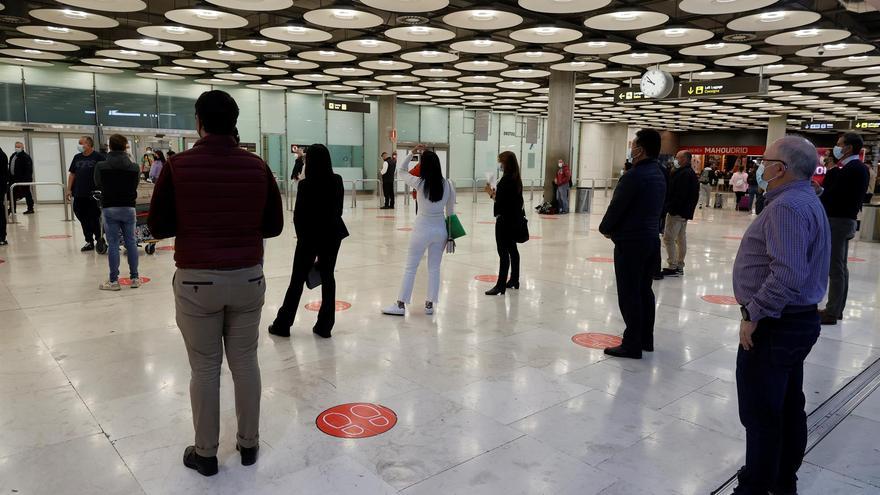 The incidence once again presents a slight decrease and this Tuesday Spain reported 41.9 cases per 100,000 inhabitants, a decrease compared to this Monday, when it presented a rate of 42.51 cases. These are slight variations reported in recent days since last Friday, after three months of decline, the incidence curve rose again slightly.

By age groups, the incidence has presented lower rates than in the previous day on Monday. This can be observed in people between 12 and 19 years old, who report an incidence of 27.31, one point lower than that of Monday, as well as in young people between 20 and 29 years old, with 39.46 per 100,000 inhabitants. .

The Ministry of Health has notified 1,889 new infections, while this Monday there were 4,492 new positives in coronavirus registered since last Friday. In total, since the pandemic began, infections have reached 4,990,767.

There have also been 21 deaths reported this Tuesday, a decrease compared to this Monday, when 56 deaths were registered, although these data correspond to those registered since Friday. In total, 87,051 people have died since the COVID-19 health emergency began.

The counselor-spokesman of the Basque Government, Bingen Zupiria, has warned this Tuesday to questions from the media that for a week "the number of infections and the accumulated incidence" of COVID-19 in the Basque Country has been increasing. It is something that was already appreciated in the weekly epidemiological report made public this Monday, although he has clarified that it has not yet been reflected in a greater number of admissions in the plant or in the ICU. At the same time, Zupiria has lamented that in a context in which one can "lead an almost normal life" there are "basic" measures that are flagrantly being breached, particularly the continued use of masks in open spaces when there are no distances.

"The basic sanitary norms that are necessary to follow safely are not being fulfilled. There are agglomerations in which the use of the mask is dispensed with," emphasized Zupiria. And he has given as an example what happens in sports venues. The consumption of food is not allowed and it is common that there are dozens of people eating sandwiches in the stands. He has not clarified, yes, what the authorities are doing to comply with their own rules and has said that it is a responsibility shared with the organizers of the events and with the spectators themselves.