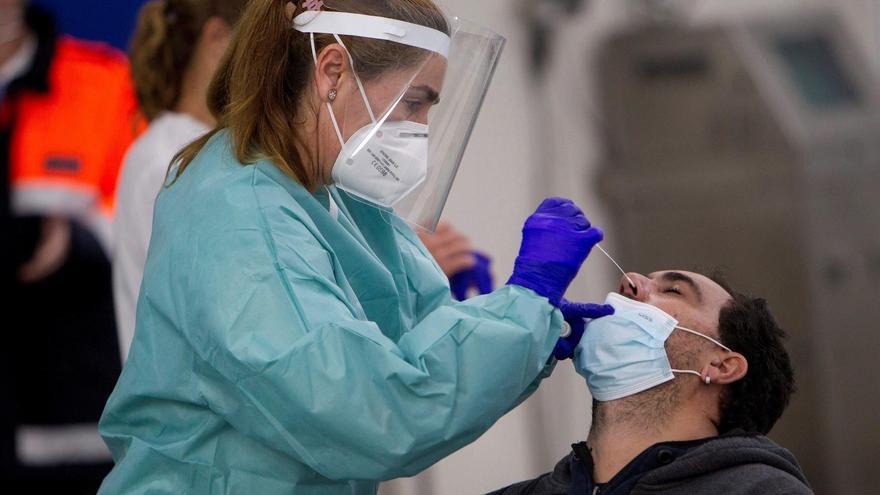 The Ministry of Health has registered 4,197 new cases of coronavirus, of which 1,801 have occurred in the last day. In total, since the beginning of the pandemic, 3,753,228 people confirmed by test have been infected in Spain.

At the national level, Andalusia is the region that has registered the most cases (1,443), followed by Catalonia (936) and Madrid (481). On the other side, Ceuta (one), Melilla (two) and Cantabria (18) are the communities that have reported the least infections this Thursday.

Regarding the deceased, the health authorities have added 19 new ones, bringing the total since March 2020 to 80,634. Of those deaths, 70 have occurred in the last seven days.

The pandemic continues to remit in Spain, except in Andalusia. Of the ten cities with the worst incidence rates, nine are Andalusian. In addition, cases are increasing in half of the large municipalities in the region. In Euskadi, La Rioja, Catalunya or the Valencian Community there are also some upswings, although these are specific points and many start from very low levels of incidence.

The autonomous communities have already administered a total of 34.8 million doses, after more than 620,000 applied in the last 24 hours. With this, 47.1% of the population has at least one dose of the vaccine, about 22.4 million people.

In addition, 13.6 million people have the complete vaccination schedule, two doses of Pfizer, Moderna or AstraZeneca drugs or a single Janssen puncture, the only single-dose antidote approved so far in Spain. It is about 28.7% of the population.

By age group, this Wednesday, 60% of those over 50 years have been exceeded with the complete vaccination schedule, while 92.5% have at least the first dose. Spain has already fully vaccinated those over 80 and is about to complete the inoculation of the next priority group, who are between 70 and 79.

Meanwhile, the injection of doses advances in the following age ranges. 93.1% of the 60 to 69 group have at least one dose and 28% have been fully vaccinated. In addition, almost 50% of those between 50 and 59 years of age have the complete regimen and 84.7% have at least one first injection. The vaccination of the next group (those from 40 to 49) is also progressing, after authorization from the Ministry of Health this week.