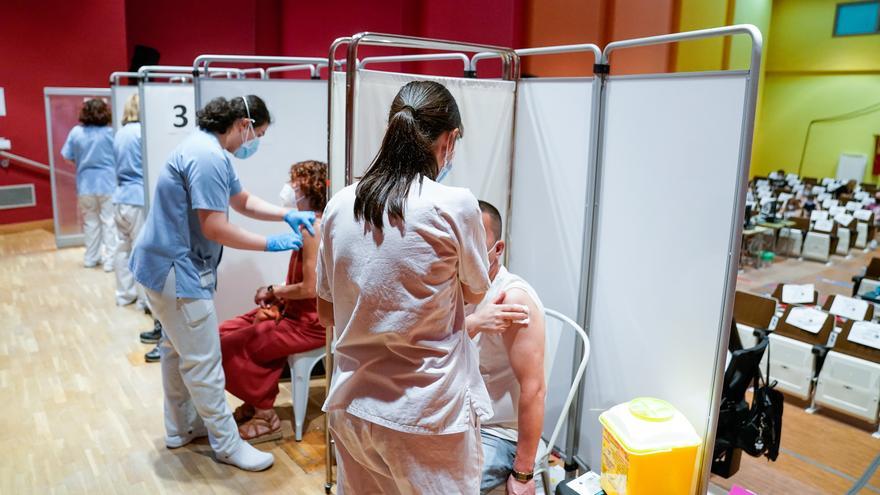 The Ministry of Health has registered 4,427 new cases of coronavirus, of which 2,160 have occurred in the last 24 hours. This is a higher figure than yesterday, when they were 3,504. In total, since the beginning of the pandemic, 3,715,454 people confirmed by tests have been infected in Spain.

At the national level, Andalusia is the region that reports the most infections (1,188), followed by Catalonia (990) and Madrid (569). On the other hand, Ceuta (three), Melilla (10) and Cantabria (32) are the ones that add the fewest cases.

Regarding the deceased, the health authorities have added 23 new ones, which brings the total since March 2020 to 80,332. Of them, 110 have died in the last seven days.

In Andalusia, the incidence drops for the first time in two weeks (since May 26) and Galicia enters the low level of incidence (48.12), thus joining the Balearic Islands, the Valencian Community and Ceuta.

The pandemic continues to remit in Spain but it does so at a slower speed than in previous weeks. And although the general trend is good - cases have fallen by 5% in the last seven days, hospital pressure decreases and vaccination is progressing at a good pace - the rise in infections already affects 30% of the population throughout the country. In addition, fifty large cities are at high or very high risk of contagion, with incidence rates above 150 cases per 100,000 inhabitants in 14 days.

The worst incidents are concentrated in Euskadi, La Rioja and Andalusia, and to a lesser extent also in Castilla-La Mancha and Castilla y León. The situation in Andalusia stands out: 5 of the 10 most affected large cities are in the Andalusian region.

At the other extreme there are 12 large cities that are in what the Health 'traffic light' considers 'new normal': less than 25 new infections in two weeks. They are Paterna, Mislata and Alzira (Valencia), Orihuela, Dénia and Benidorm (Alicante), Calvia (Balearic Islands), La Orotava and Arona (Santa Cruz de Tenerife), and San Bartolomé de Tirajana, Santa Lucía de Tirajana and Telde (Las Palmas ).