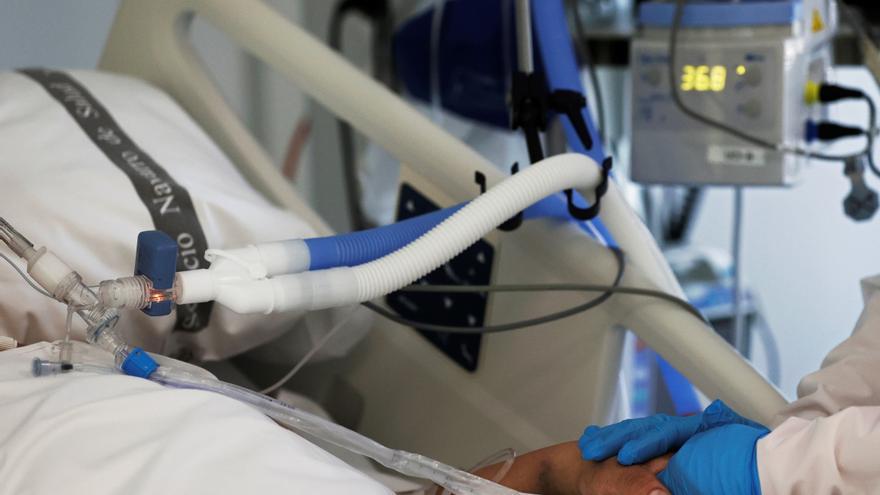 The 14-day incidence rate this Tuesday stood at 232.86 cases per 100,000 inhabitants. This is a drop compared to Monday, when 235.59 infections were reported. This indicator remained stable during the past week around 230 cases, with what seems to be a plateau-shaped peak in this fourth wave. Yesterday, Monday, the director of the Center for the Coordination of Health Alarms and Emergencies (CCAES), Fernando Simón, assured that Spain is “seeing the light at the end of the tunnel” regarding the pandemic and affirmed that “significant increases” are not expected in the incidence.

The Ministry of Health has reported 7,665 new infections in the last 24 hours, which implies a decrease compared to Friday, when 11,731 new infections were reported. Yesterday, 19,852 cases were registered, although the figure is not comparable with today’s since it brings together the infections added throughout the weekend. In total, 3,496,134 people have contracted COVID-19 since the start of the pandemic.

Since yesterday 117 new deaths have also been added, which leaves the total balance of deaths from coronavirus at 77,855. Of them, 268 have died in the last seven days.

The number of hospitalizations decreased slightly compared to Monday, with 10,205 currently admitted, which represents 8.12% of the beds. COVID-19 patients admitted to the ICU also fell gently and accounted for 23.12% nationwide. Madrid continues with a very high occupancy: 44.33% of ICUs are destined for COVID-19 patients.

The data arrive on the same day that the organizers of the Love of Lesbian experimental concert at the Palau Sant Jordi in Barcelona, ​​without distances but with antigen tests and a mask, have announced that it can be clearly stated that it was not a “super broadcast” event. Of all the attendees who allowed their health data to be consulted later, 4,592 of the 5,000 who attended the venue, a total of six positives were detected in the following 14 days. This supposes – they have concluded – an incidence equivalent to 130 cases per 100,000 inhabitants, lower than that which occurred in those weeks at the end of March in Barcelona.

“They are very positive data”, assured at a press conference the scientific coordinator Josep Maria Llibre. Of the six positives detected a posteriori, they conclude that four of them can be ruled out that they were infected inside, according to the interviews and contact studies they made, which brought out their respective index cases outside the concert. Of the other two cases, they cannot affirm it.

The concert It was held on March 27 and was an experiment without comparison in Spain and Europe to see if mass concerts can be held with fewer restrictions, more similar to the experience prior to the pandemic. The event, organized by the main Catalan music festivals, authorized by the Generalitat and supervised by scientists from the Fundació Lluita contra la Sida (Germans Trias i Pujol Hospital), was proposed as the second step after the clinical trial in the Sala Apolo in Barcelona, a concert with about 500 people and also without distances that ended without any infected person.