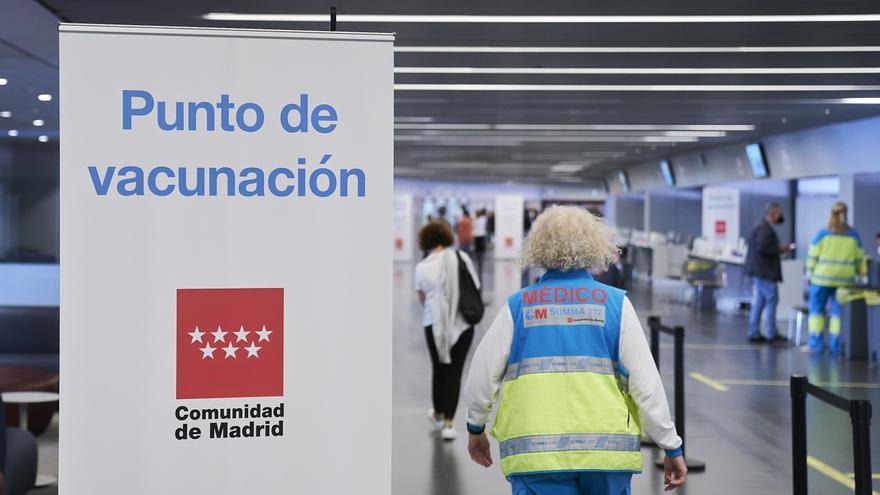 The Ministry of Health has registered 5,290 new cases of coronavirus, of which 2,510 have occurred in the last 24 hours. This is a higher figure than yesterday, when they were 5,007. In total, since the beginning of the pandemic, 3,663,176 people confirmed by tests have been infected in Spain.

Above 200 incidence continues Euskadi, which reports 201.67 positives. In addition to this region, another seven have AI above the country’s average: Madrid, Melilla, Aragon, Andalusia, La Rioja, Castilla y León and Navarra.

Regarding the deceased, the health authorities have added 33 new ones, bringing the total to 79,888. Of them, 133 have died in the last seven days.

Spain reaches 18% of population vaccinated against COVID with complete regimen

More than 8.6 million people in Spain have the complete schedule of any of the COVID vaccines, 18.2% of the population, while 36.9% have at least the first puncture, more than 17, 4 million people.

In total, after the 464,000 administered in the last 24 hours, the communities have already injected 25,745,178 doses, according to the latest report from the Ministry of Health.

By age group, 94.6% of those over 60 have at least one dose, while 57.4% are fully immunized. In addition, almost 100% of those over 80 have the complete vaccination schedule. There are barely 2,000 people left to receive the second dose. The injection of the first doses has also been practically completed among those aged 70 to 79. Of this group, 86.9% have the complete regimen.

The management of the second dose of the vaccine is seen as somewhat chaotic by specialists when referring to those under 60 who received a first from AstraZeneca / Oxford between February and April. Those affected, almost two million, are essential professionals who were left in limbo when the Ministry of Health and the communities, as in other countries, suspended the campaign for their age with this drug, which requires two punctures spaced 12 weeks apart. But last week Health and Communities decided that one of Pfizer / BioNTech would be given by default in that schedule and, if someone presented an informed consent about the possible risks, they could receive AstraZeneca. Each community is managed in its own way and most have not yet begun to put these second doses. Among those that do, they report an overwhelming majority of people who have opted for AstraZeneca. The European Medicines Agency has never advised against it for any age.