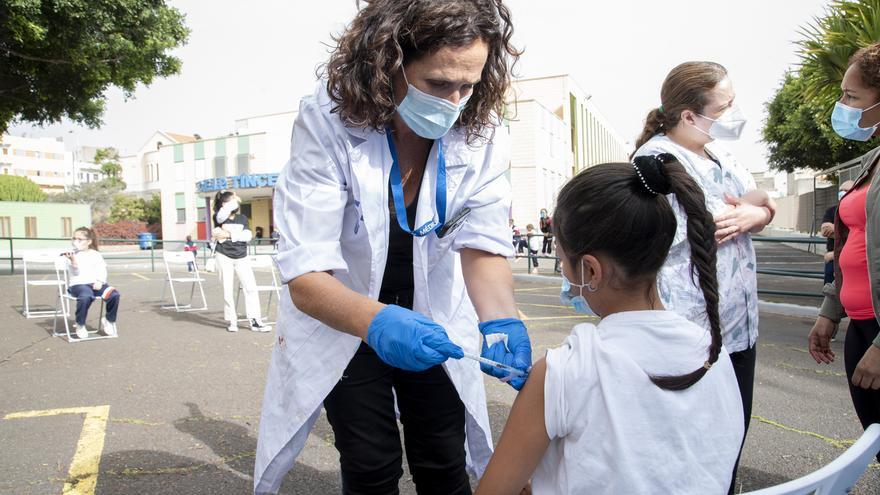 The incidence decreased 58 points to 676.65 cases per 100,000 inhabitants. This is a new drop that brings the rate closer to 500 cases, which corresponds to 'high' risk levels of the coronavirus according to the Health Traffic Light. On December 17, the country left the 'high' risk to enter the 'very high', with 511 incidence cases. Later, this rate touched 3,500 cases at the maximum peak of this last sixth wave of infections, and now the trend is downward again.

All the autonomous communities except Galicia have an incidence of less than 1,000 cases per 100,000 inhabitants. Andalusia is already down from 400 cases, with 390 points; while Castilla-La Mancha stands at 433 points. The new infections are distributed as follows: Catalonia adds 11,904 new positives; Valencian Community, 4,238; and Madrid, 4,014 infected.

The Ministry of Health registers 33,911 new infections, after this Tuesday it registered minimum figures since December 2021, although Catalonia did not update its data. In total, almost 11 million people have already been infected by the coronavirus.

Hospital pressure continues to drop. The occupancy of beds by COVID patients decreases, going from 7.13% to 6.64%. The same happens with the occupation of beds in the ICU. The region with the highest percentage of beds occupied by COVID patients is the Canary Islands, with 10.22%, four points above the national average.

301 new deaths are added, making a total since the start of the pandemic of 98,936 deaths.

57% of children between the ages of 5 and 11 have at least one dose, while 15.8% of this group has the complete regimen against COVID-19, which corresponds to more than half a million minors.

Twenty organizations in the field of health demand that the Government impose conditions on the financing contracts for the vaccine Hipra so that the license is not exclusive to this firm and access to it is guaranteed, since the Executive "has invested millions of euros in its development."

Among the entities that have made this request in a letter sent to the President of the Executive, Pedro Sánchez, are Salud por Derecho, Médicos del Mundo, the Association for Fair Access to Medication, the Collegiate Medical Organization, No Gracias, the Federation of Associations for the Defense of Public Health (FADSP), Doctors without Borders, Amnesty International, Oxfam Intermón, the Coordinator of Organizations for Development (CONGD) and the Right2Cure campaign.