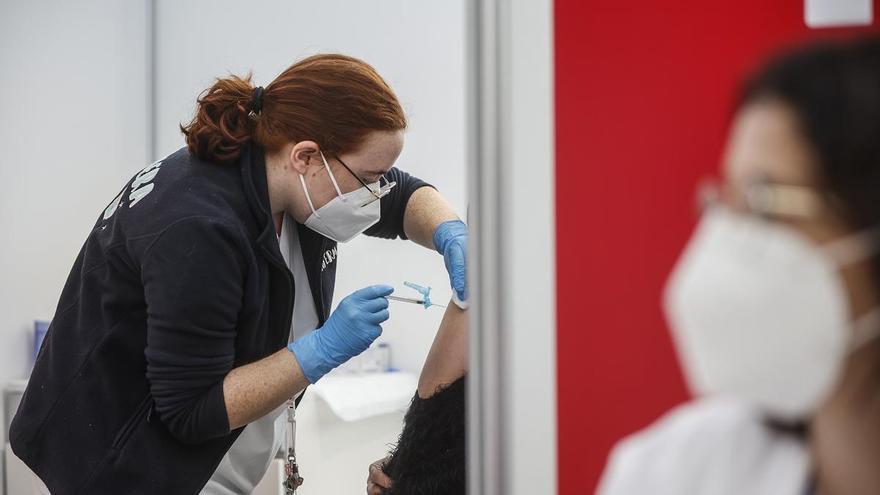 The curve of the sixth wave begins to descend slowly: the incidence registers a decrease again, and this Wednesday it drops 130 points in one day to 2,564.27 cases per 100,000 inhabitants. In one week this rate has fallen almost 700 points.

Meanwhile, Spain surpassed this Tuesday the ten million infections since the start of the pandemic, although this number of daily positives is beginning to decline. This Wednesday, Health reports 86,222 new infections, making a total of 10,125,348 infected throughout the pandemic.

Hospital pressure drops slightly, going from 14.52% of bed occupancy by COVID patients to 13.96%. The hospitalization rate also goes from 38.12 points to 36.76 reported this Wednesday.

224 deaths from COVID-19 are added to the latest Ministry report, bringing the total record to 93,857. Although these figures continue to be high, they are far from the data of other previous waves, with a much higher mortality rate.

The only autonomous community that reports an incidence of more than 4,000 points is Catalonia, with 4,397 cases. Euskadi and Navarra, the two regions that reported the highest rates at the peak of the sixth wave, now report 2,837.77 and 2,096.65 points, respectively. Andalusia, on the other hand, is the only one with less than a thousand cases, with 885.92. The new infections are distributed as follows: Catalonia, with 22,052 new positives; Valencian Community, with 17,677; and Madrid, which registers 7,229 infections.

By age groups, people with a lower incidence are those over 50 years of age. On the other hand, those with a higher rate are people aged 11 and under, who register 4,872 cases per 100,000 inhabitants.

The Government is open to discussing with the autonomous communities the removal of masks outdoors, as transferred by the Minister of Health, Carolina Darias, to the regional councilors at the meeting of the Interterritorial Health Council. Castilla-La Mancha, Galicia, Catalonia, Castilla y León and Madrid have already publicly stated that it is time to abandon the measure, which some of them pushed only a month ago, but Darias wants to postpone the discussion at least until next week, according to sources present at the meeting. A spokeswoman for the Ministry of Health confirms that "it will be assessed but there is no set date."

Only 24 hours ago, Congress revalidated the royal decree that regulates its use in a controversial vote that ended with accusations of "blackmail" against the Government, even by the groups that supported it, by including in the same text the updating of pensions . Minister Darias advanced in parliamentary headquarters that the use of masks on the street was "closer to being modulated" in the face of the pressure that some communities were already beginning to exert.