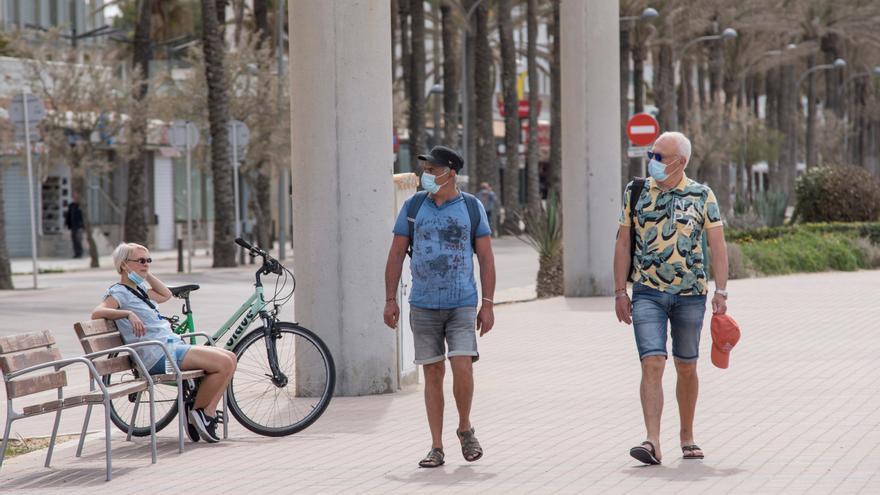 The Ministry of Health has notified this Tuesday an incidence of 101.39 cases of coronavirus per 100,000 inhabitants in the last 14, so the epidemiological situation in the country continues to improve more than seven weeks after this indicator marked the maximum of the fourth wave. The incidence is still far from the 50 points that the health authorities have set as a target for the new normal, but it is close to the barrier of 100 cases, which was exceeded at the beginning of last August.

The autonomous communities have communicated 3,432 new infections of COVID-19 to Health in the last 24 hours. If this Monday was the lowest figure in a weekend since the end of July, today’s figure represents a further decrease compared to 4,142 on Friday, the closest day that brings together the cases registered in a single day. This indicator stands at similar figures to those of August 2020, specifically, it is the lowest figure since August 13. Since the beginning of the pandemic, 3,745,199 people have been infected in Spain.

Hospital occupancy continues to decline very little by little. This Tuesday, there are 3,251 COVID patients in plant beds, which represent 2.64% of the total. A percentage that reaches 5.16% in the Basque Country, 4.74% in Madrid and 4% in Andalusia. In ICU, the 899 people admitted represent 9.54% of the total, with peaks in Madrid (21.68%) and Aragon, Castilla y León, Catalonia and Euskadi, above 13%.

More than 13 million people with the complete guideline in Spain

The autonomous communities have already administered 33.6 million doses of some of the vaccines against COVID-19, after the 389,822 injected during the last 24 hours. Thus a 27.4% of the population already has the complete guideline necessary to obtain maximum immunity. They are more than 13 million people. In addition, another 8.7 million people have received a dose of one of the double-prick vaccines. In total, 45.8% of the population has at least one dose.

According to the Government’s plans, this week 15 million people should be reached with the complete guideline, one of the previous milestones to reach 70% of the fully immunized population before the end of the summer.