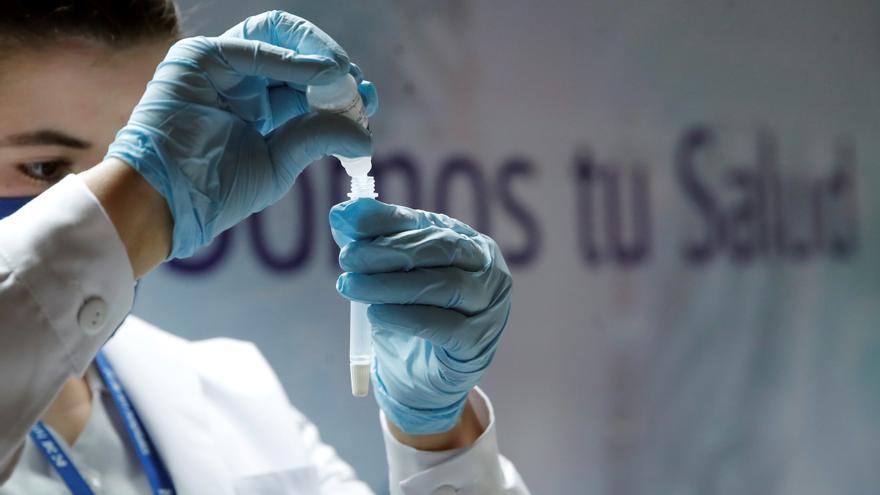 The average incidence rate in Spain has climbed to 368 cases per 100,000 inhabitants during the weekend, while on Friday that rate was 316 cases. In addition, it must be borne in mind that due to a “technical problem” neither Catalonia nor the Balearic Islands have reported new data, so the reality of the pandemic will surely be worse. You can see this worsening in hospitalizations, which grew by almost 25%. The occupancy rate went from 6.6% to 8.2%. During the weekend, some 800 people required hospitalization, a figure that is in addition to the slightly more than 3,000 who were already receiving hospital care. Although it is true that the figures are low (not comparable to the moments of greatest healthcare pressure), the trend shows a strong increase in hospitalizations, with almost a 42% increase in the last seven days.

Regarding the accumulated incidence among young people, the data offered this Monday by Health are not comparable in statistical terms with those of Friday. Health has weighted the total incidence figures by age groups as if in Catalonia and the Balearic Islands it had been ‘zero cases’ when, in reality, these communities have not offered their updates due to a technical problem. Thus, the incidences in young people 12 to 19 years (725 cases) and from 20 to 29 (792 cases) that Health offers today do not have statistical value nor do they serve to get an idea of ​​the evolution of this indicator. Last Friday that rate surpassed the barrier of a thousand cases after climbing 136 points in a single day.

Communities have been seeking to apply new measures since last week in the face of the escalation of new infections due to the delta variant. This is the case of the Valencian Community. Justice has endorsed the curfew in 32 locations of the region due to the explosion of infections. Social gatherings are also limited to 10. The goal: to avoid collapse in primary care centers.

On the other side of the coin is Aragon, whose Superior Court of Justice has lifted restrictions on hospitality and nightlife arguing that there is no direct relationship between the hospitality industry and the birth of new outbreaks.

Another issue to take into account is what happened in Catalonia, which has registered an unprecedented growth of contagions in Europe and since this Monday it launches new measures: there will be no meetings of more than ten people and bars will have to close at 00:30.

Almost 75% of those over 40 years of age, with the complete pattern in Spain

74.9% of those over 40 years of age are already vaccinated with the full schedule, that is, 20.2 million people. The total population to be vaccinated over 40 years is just over 27 million.

At this time, according to the data distributed this Monday by the Ministry of Health, 47.7 million vaccines have already been administered. 59% of the population have at least one dose and 45.9% have the complete regimen. The Government wants to ensure that 70% of citizens are vaccinated before the end of the summer.

In percentage terms, Asturias, Andalusia or Catalunya are the communities that inject the most (97.4%, 96.3% and 94%), while Madrid follows the tail. Only Madrid and Melilla have not managed to inoculate more than 90% of the vaccines received, specifically 86.9% and 89.5%.