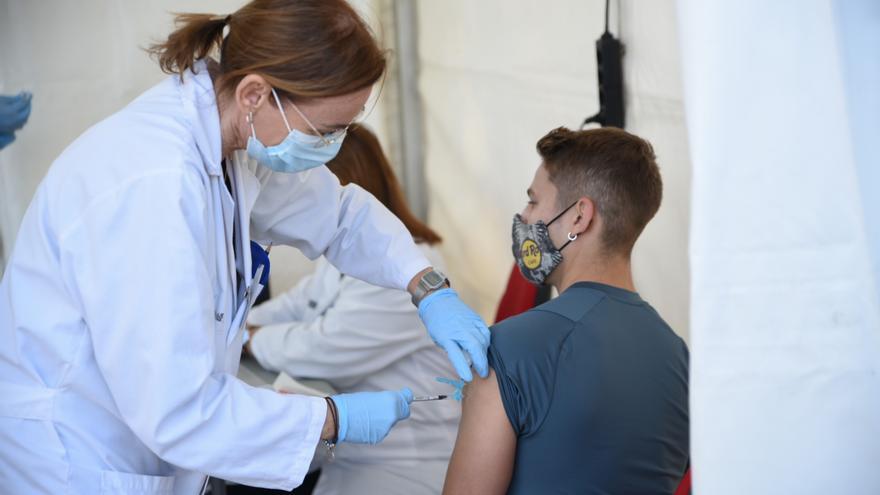 There are large differences in the incidence presented by age groups: while those under 12 years of age report 86.63 cases per 100,000 inhabitants, people between 12 and 19 years of age show an incidence of 35.15 cases.

The Ministry of Health has notified 4,286 new infections this Thursday, bringing the total number of infected since the beginning of the pandemic to 5,042,803.

Catalunya, which reports 1,126 infections; Madrid, with 515; and Comunitat Valenciana, with 513, are the regions that report the greatest increase in the number of positives.

Hospitalizations also registered a slight increase, with 1,933 COVID patients admitted. However, ICU data remains more or less stable, with 1.56% of beds occupied by hospitalized with COVID-19.

In addition, 30 deaths have been reported in this last day. Since the health emergency situation began due to the coronavirus, 87,647 people have lost their lives, although the actual death toll is higher, since at the beginning of the pandemic many cases remained undiagnosed.

This Thursday, Health reports that 88.9% of the target population, which enters the vaccination campaign, already has maximum protection against COVID-19. On the other hand, 78.9% of the total population has this complete pattern. Although the rate of vaccination has decreased compared to the summer, the percentages of injections administered are increasing.

Likewise, 2,177,023 booster doses have already been injected, which have boosted the rate of vaccination in recent weeks.

The INE's 2020 mortality data reveals large differences between the first wave and the rest: the initial was urban, invisible and in residences; then it jumped to the villages, improved diagnosis and focused on hospitals after the initial collapse of the health system

The INE has taken eleven months to publish a complete statistic on mortality in 2020. The data have aroused great interest because they show when, how and where those infected with COVID-19 died based on the information provided by the medical death certificates. The figures, unsurprisingly, confirm that more people died than those declared by the Ministry of Health. The gap between the data shows how the first wave left many cases and deaths unaccounted for due to lack of diagnosis. Only deaths with a positive test were reported to the central government.