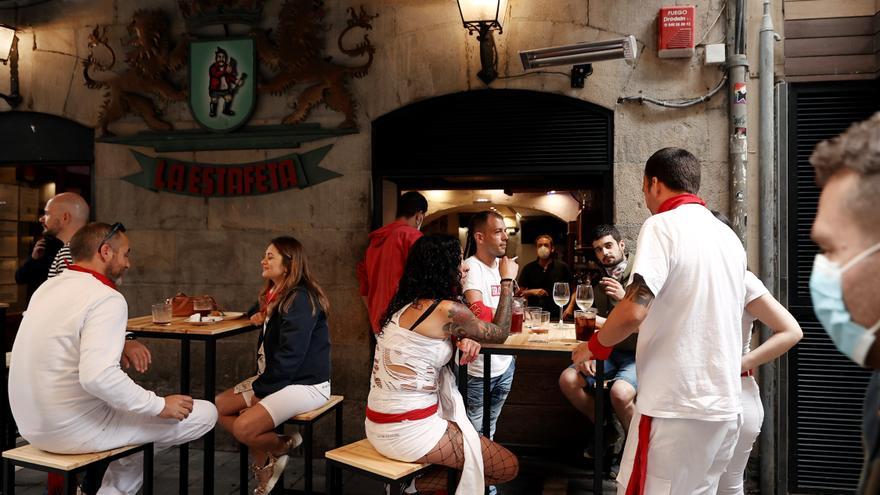 The cumulative incidence rate among young people continues to grow and the numbers are worrying. During the last 24 hours it has risen another 77 points to 717 cases and hospital occupancy also continues to grow.

The general incidence rate for the last 14 days is 225 points. However, it skyrockets in age groups that comprise ages 12-29. Thus, this rate is located at 652 in the group between 12 and 19 years old and at 717 in the most worrying group, which is between 20 and 29 years old. In the case of the group between 30 and 39, the cumulative incidence reaches the 274 and descends in the rest of the groups.

The cumulative incidence rate is on the rise in all the autonomous communities, except in Ceuta, where it remains, and in Melilla, which decreases slightly. The worst incidence data for the group between 20 and 29 is recorded in Catalonia with 1,782, in Cantabria with 1,574, in Castilla y León with 1,267 and in Asturias with 1,027.

The other measure of concern is that of hospital occupancy, which, in 24 hours, has gone from being 5.74 to 6. The percentage of occupied beds in the COVID ICU is 6.74%. In total, there are 2,847 hospitalized COVID-19 patients.

In total, the Ministry of Health has registered 14,137 new infections in the last 24 hours and another 18 deaths with COVID-19. To make a comparison, on Tuesday of last week about half of infections were registered, exactly 7,091.

Although this Monday Fernando Simón tried not to blame young people for the cases of outbreaks that are occurring associated with these age groups, the Government has said today that, even understanding “the desire of young people to step on the street”, you have to make “one last effort”. This is how María Jesús Montero expressed herself in the press conference after the Council of Ministers.

In the midst of the rise in infections in almost the entire Spanish geography, today Catalonia has announced that it is closing nightlife again. The Government has indicated that it will allow festivals and outdoor events to be held, but with time restrictions and that antigen or PCR tests will be required.

In Navarra, the great outbreak associated with a trip to Salou has already resulted in more than a thousand infected.

For his part, the director of the Center for the Coordination of Health Alerts and Emergencies explained that, since the incidence does not have the same impact on “hospital overload”, we must also look at what the data say about vaccines , Public Health and Primary Care.

56.3% of the population is already vaccinated with at least one dose against COVID-19

56.3% of the Spanish population, this is just over 26.7 million Spaniards, is already vaccinated with at least one dose against the coronavirus. On the other hand, 41.2% of the population, 19.5 million people, already have the complete guideline.

In this way, Spain has already administered more than 44.5 million vaccines and is now focusing on accelerating vaccination processes among the youngest to avoid the dreaded summer outbreaks. Large outbreaks associated with young people threaten to shut down nightlife that is not done outdoors.