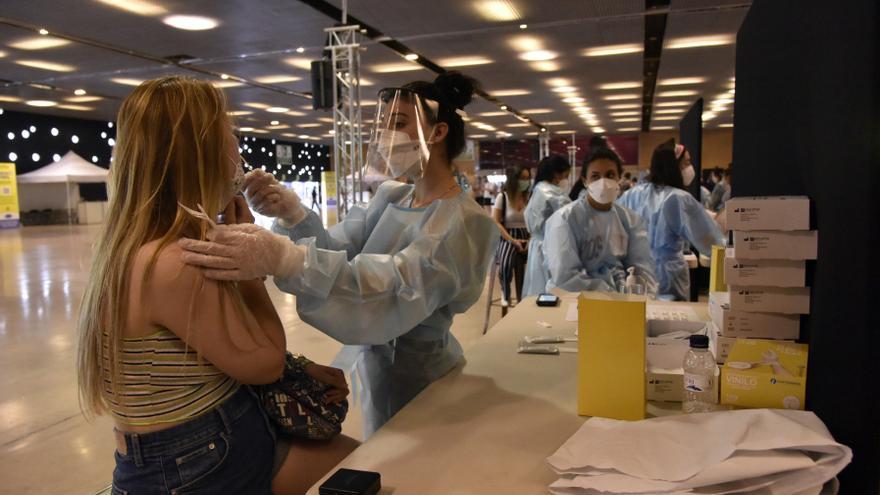 The cumulative incidence (AI) continues to increase among young people between the ages of 20 and 29 and scales 136 points in 24 hours to 1,047 cases per 100,000 inhabitants. As reported by Health this Friday, the incidence rises in all the autonomous communities except in Valencia (which has not communicated new data) and the average rate is 316 cases, so it gains 38 points in 24 hours. In that period, six people have died of coronavirus – the lowest number since last summer – and 21,879 have been infected.

As for the 21,879 new infections, such high figures were not recorded from one day to the next since the beginning of February. These new cases are distributed as follows: 10,022 in Catalonia, 2,804 in Andalusia, 2,069 in Madrid and 1,834 in Castilla y León.

And regarding the vaccination process, today we learned that almost 90% of those over 40 have already received at least one dose. In total, 44.3% of the Spanish population has already received two doses of the coronavirus vaccine, thus leaving a total of 20,999,346 million citizens immunized. In the last 24 hours, 688,005 doses have been administered, bringing the total doses administered since the campaign began to 46,612,489.

These figures are known on the day when Germany has included Spain in the list of risk regions for COVID-19, the lowest of its three alert levels, due to the rebound in incidence in recent days. The inclusion in the list of risk regions – contrary to the qualifications of “risk due to high incidence” and “risk due to dangerous variant” – hardly has direct repercussions for German tourists who are in Spain or plan to travel to Spain in the next days.

Meanwhile, Primary Care services in some regions they already notice the work overload, while the Government hopes that by reinforcing the traces is enough to stop this already qualified as fifth wave. For this, they have given the communities five million tests for screening and the Army trackers, which are not a specific number but Defense will make available those that are needed, health sources comment.