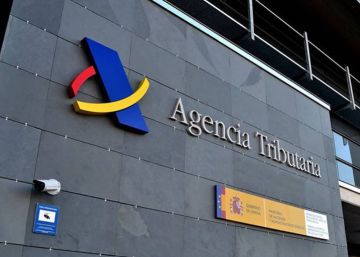 Almost 24,000 people have died from the Covid-19 pandemic in our country. The exceptional circumstances in which these losses occur not only increase the pain in the family, but can also make it extremely difficult to carry out the obligatory subsequent legal steps. In this sense, tax experts demand that this situation be taken into account to extend the deadlines for compliance with certain tax obligations. Specifically, they emphasize the 2019 income tax return that the heirs of the deceased taxpayers who died during the past year or in the first months of 2020 must present on their behalf.

The IRPF campaign, which started on April 1, will end without exception on June 30 if an extension is not decreed. A calendar that the Minister of Finance María Jesús Montero defended, as it is a campaign “beneficial for the majority of taxpayers”. However, being accountable to the Treasury during the state of alarm can be, if possible, more complicated for those who they face the paperwork required after the death of a relative.

The Spanish Association of Tax Advisers (AEDAF), for its part, proposed in a battery of measures in relation to the crisis by Covid-19, to extend the campaign until the end of the year. According to the organization, the state of alarm prevents professional offices from working normally. In any case, they defend, an extraordinary period should be granted for the presentation of the 2019 personal income tax self-assessments of the deceased during this period, since the heirs may have difficulties in accessing the necessary documentation.

These are the main difficulties that, according to the consulted lawyers, can make it impossible to file the 2019 personal income tax declaration of a deceased relative, as well as the consequences that the person in charge faces.

It is the successor of the deceased who must file the personal income tax return on behalf of the taxpayer. Among the documentation that must be presented to prove this condition, explains Almudena Medina, a tax attorney at Ceca Magán, is the death certificate that must be provided by the Civil Registry. This document serves, among other things, to request the certificate of acts of last will of the deceased, and to know, thus, if he had made a will and who his successors are. In any case, it is the designated or legal heirs who represent you before the Treasury.

In cities like Madrid, the lawyer regrets, the situation has led to a “collapse of the registry system” that prevents this process from being carried out. According to his experience, death certificates for those who died a month ago are still not available in the capital. “From there, no management related to the deceased is viable, especially in cases where there are no forced heirs,” he says.

On the other hand, access to the documentation and information necessary to fill in the deceased’s income is, in some cases, very difficult. The mobility restrictions inherent in the decreed state of alarm prevent, for example, moving between autonomous communities if the family member lived abroad.

Correct completion of the deceased’s declaration may therefore require information gathering which, under current confinement conditions, “seems difficult to carry out if the successor or representative is known, and impossible if it cannot be done. accredit the representation ”, denounces Medina.

The tax administration is practically paralyzed, and the AEAT offices are temporarily closed for in-person care. The telephone service does not work either, says Medina. Managing an appointment, on the other hand, becomes an odyssey.

The option to confirm the draft, for those taxpayers who are entitled to it, would be a solution in case of having the complete tax information of the deceased and the documentation that proves to be his heir. Successors cannot use the deceased’s electronic certificate or cl @ ve PIN, which are disabled upon death.

Thus, the only way to access the draft is through the reference number provided by the system with the DNI and the number in box 505 of the taxpayer’s 2018 income. If this data is not available, it is essential to prove to the Tax Agency the status of heir (testament, deed of award of inheritance or any document that justifies it reliably). A paperwork that, in the current circumstances, can take months. “In this situation there is no step you can decently cover,” regrets the prosecutor.

Presenting the tax return after the deadline can have negative consequences if the result is to be paid. Firstly, for the application of a surcharge, which will be 5%, 10% or 15% depending on the accumulated delay. If this exceeds twelve months, the surcharge will be 20% and will automatically entail the payment of legal interest. That is, the debt will be greatly increased.

In the opinion of the lawyer, an error in the income or, even, the failure to file the 2019 personal income tax declaration in these conditions “would not be punishable.” However, nothing would prevent these surcharges or interest from accruing. A situation, denounces Medina, to which some taxpayers who do not manage to manage the income of their deceased relative on time can be forced by force majeure. For this reason, it considers it necessary to extend the filing deadlines to give these citizens a break. This measure, adds Medina, has already been taken by most of the countries around us. “It is not a matter of suspending the term of the income statement, but of postponing the end of the campaign due to extraordinary circumstances so that taxpayers can adequately fulfill their obligations.”

The Government has not yet spoken in this regard, although there is still room. Recall that the moratorium granted to self-employed and SMEs to face the VAT and personal income tax settlements of the fourth month, was extended in extremis until May 20. The Minister of Finance declared then, “We continue to study that the terms in other matters can also be extended.”

If the deceased taxpayer’s income turns out to be returned, it will also be necessary to present a series of documents to collect. If the amount is up to 2,000 euros with the presentation of the specific model to the AEAT, it will be necessary to provide a death certificate, a family book, a certificate from the Registry of Last Will, a will, if applicable, and a certificate from the bank that proves the ownership of the account in the name of the heirs. If the amount exceeds 2,000 euros, in addition, proof of having declared the amount of the return in the Inheritance and Donation Tax must be presented.