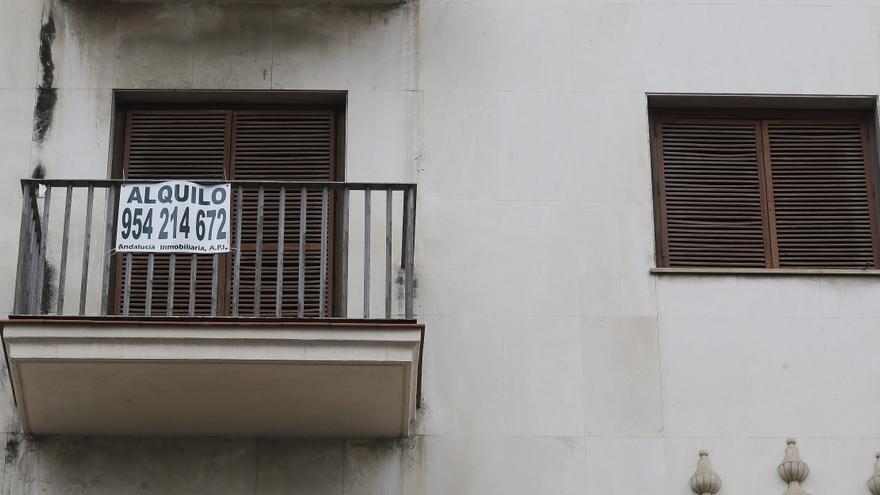 Very little is known about the rental property market in Spain, who the main operators are, or in other words, the largest landlords in the country. The figure that is handled from the Government on the ownership of the rented apartments, and that a good part of the real estate lobby has endorsed, is that in 85% of the leases the owner is a natural person or small owner.

This is how it is written, for example, in the preamble of the anti-eviction decree promulgated in the pandemic. The Ministry of Transport, Mobility and Urban Agenda explains through a spokesperson that the figure is an “approximation from indirect sources”, such as CIS surveys, information on rental homes from the INE, tax data from personal income tax filers and taxpayers. concentration of ownership of cadastral databases, among others.

From the data bank of the Center for Scientific Research they reply to elDiario.es that in the last ten years there has only been one specific barometer on housing, in 2018. The only question about the ownership of the rented apartments is the response given by 496 people surveyed who lived in April for three years in rent, of which eight out of ten said they had contracts signed with individuals.

In the National Institute of Statistics, the second source cited by the Ministry, the households that live for rent are quantified, but, after asking them about it, the team confirms that “the INE does not collect any information on who owns the flats leased “.

The concentration of ownership, which is cited as the third database for the elaboration of that percentage of small owners, and which would be available in the Cadastre, is not real according to its General Directorate. Their information includes “the properties with their physical, economic and legal characteristics” they explain in writing, “but we do not know if they are being used by their owners or are leased”. In addition, data protection commands, and they do not offer any information on ownership.

The search for the origin of the figure in the Government’s response appears to be a maze with dead ends or false doors. Until you get to the Tax Agency, which does publish quantitative information on the items of income tax returns, including the number of deductions for landlords who rent their flats for permanent housing (not for other uses or tourist flats). These are the only public and available census data, disaggregated by autonomous communities, that help to know the situation in the different regions, where the implantation of small and large owners is uneven, and with a distribution that would be significantly different from that 85 /fifteen%.

Crossing the numbers of rental homes reflected in the INE with the number of lease deductions in the IRPF returns filed for 2019, the last ones available, it can be seen that the communities with the most large home holders would be Murcia and the Canary Islands, where six out of ten landlords would be real estate, financial entities or investment funds, followed by Andalusia, where they would be half, and almost reaching that five out of ten would be the Balearic Islands (4.8), Catalonia (4.6) and Valencia (4.4). In Madrid, the percentage would drop to 2.5 out of ten, one of the lowest, behind Galicia (3), La Rioja (2.7) and Extremadura (3.8) or Castilla La Mancha (3, 6). These figures, according to the Madrid Tenants Union, show the fact that with these percentages a market could be dragged. “With 15%, the official data, you cannot influence a rental market, but with 40%, with four out of ten rents in the hands of large holders, for example, yes,” explains Fernando Bardera, spokesperson for the entity .

In the absence of institutional information, these calculations are an approximation, yes, based on public data. There may be a certain number of taxpayers who, being landlords, have not wanted to apply it in their annual income statement. Nor is it possible to obtain an average figure for the entire country, since tax data for Euskadi, Navarra, Ceuta and Melilla are not available.

These calculations would serve to understand that there is sufficient public data to address the collection and publication of the rental property structure in Spain, adding to the tax data used here those of the General Directorate of Cadastre, which are not public to the public. but the Government can use them to extract information, like those of the Property Registry. From the Ministry of Finance they explain that, in fact, this information is used in the rental price index that was created in 2020 to “guarantee the transparency of the market”, according to the official website. “Census reports could be generated with real data and not with a single question from a 2018 survey,” says Andrea Jarabo from the Provivienda Association. From the entity they accuse the Government of lack of updating of data: the Population and Housing Census is prepared every ten years. “The last one is from 2011 and, to this day and awaiting the new one, continues to modulate a large part of public policies, with data on the housing situation from no less than a decade ago“, he concludes.

The private sector is also not very fond of offering information about its rental housing stock. Consulted more than 15 Socimi, among them Cevasa, Lazora, En Casa Cibeles, Fidere, Testa, Anticipa or Albirana (several invested by Blackstone), as well as SAREB and la Caixa, few answered with concrete figures. The Sociedad Gestora de archivos, a semi-public entity, claims to have 6,455 properties to lease. The Catalan entity declares to have 19,500, being three out of four of social rent according to its declarations. The figure does not include the properties they have received after the merger with Bankia, since “the data have not yet been unified.” For their part, Testa and Anticipa, both owned by Blackstone, state that they manage 18,000 and 9,000 rental homes respectively.

To the secrecy of the sector is added a perverse and incalculable situation: that of real estate flats that are not listed as a rental park but for sale, but which are inhabited by families with a current contract, and who could be pressured to abandon them. These are the so-called “special conditions” of commercialization in which it is indicated that the property is transferred leased to third parties. This is, for example, the case of a flat in the same building on Maquinilla street in Vallecas in Madrid, from which they were evicted Cruz and her four grandchildren, last Wednesday, July 21. The seller, in these cases, makes it clear that he is not responsible for the solvency of the people who inhabit them or the conditions of the lease that the investor will inherit.

From the little that is known about the rental market is that it is very profitable. According to the portal piso.com, rental profitability in Spain is 6.26% in the second quarter of the year, doubling for example that of the IBEX and multiplying by 13 that of the 10-year government bonds. The cities where you are most interested in buying or building to rent, encouraging the development of build to rentAccording to this study, they are Murcia, Zaragoza, Las Palmas and Badajoz, all above the average. They are localities with high rates of risk of poverty: 29.7%, 18.5%, 36.3% and 38.7% in 2020, respectively.