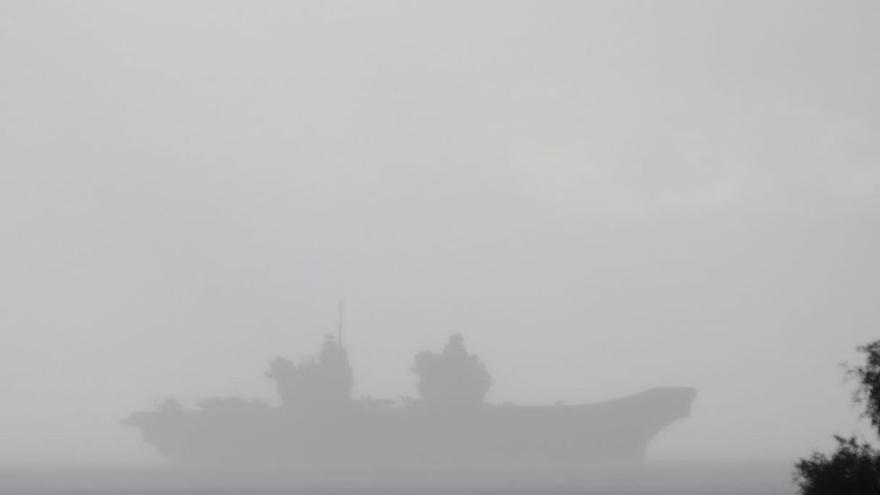 This Thursday the aircraft carriers ‘Queen Elizabeth’ chairs the Bay Palm. The great warship of the british fleet has reached Palma’s waters towards the 10am. At this time, despite the large curtain of water caused by heavy rains, it was possible to make out its imposing silhouette.

As this newspaper has learned, the ‘HMS Queen Elizabeth’, which transports 18 Lockheed Martin F-35 Lightning II fighter jets, will anchor during four or five days in the port of Palma for him rest of your crew.

Last month of October, the aircraft carrier performed naval exercises with United States Navy ships and aircraft, the Royal Australian Navy and the Japanese Maritime Self-Defense Force in the Bay of Bengal.

This ship of 70 meters high and 280 long have browsed the rIndo-Pacific region, in a journey of 48,000 kilometers visiting nearly 40 countries. One of your tasks on this journey is strengthen British diplomatic relations in the region, the British government explained.

This colossus of the seas, which according to Ministry of Defence will reach the ctotal operational capacity as of December 2023, is based on Portsmouth, leads the United Kingdom’s Combat Group 21 and has become the national pride.

Five gyms, a chapel, and a medical center

The ‘HMS Queen Elizabeth’, which has replaced the ‘HMS Ocean ‘, is he largest ship ever built for the Royal Navy and has five gyms, a chapel and a medical center. Displaces 65,000 tons and has a length of 280 meters and a beam of 73 meters, enough space for three soccer fields It is capable of transporting up to 1,600 personnel and 40 aircraft, being able to reach a maximum speed of 25 knots and a range of 10,000 nautical miles, about 19,000 kilometers.