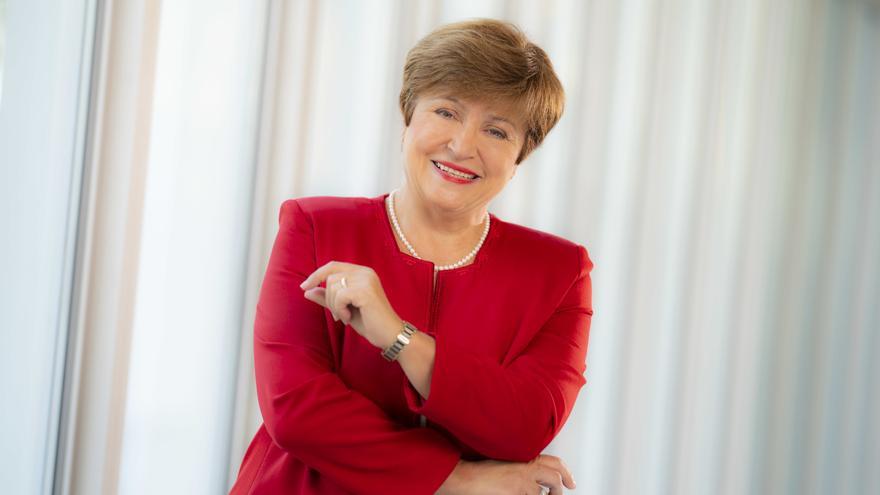 The International Monetary Fund (IMF) has updated its global macroeconomic forecasts on Tuesday, which shows that Spain will maintain the unemployment levels that it will register at the end of 2020 during 2021, despite the expected rebound in gross domestic product (GDP), according to reports Europa Press. The IMF has revised upwards, to -4.4%, its forecast of a fall in gross domestic product (GDP) at the world level in 2020, while the rebound in 2021 has worsened to 5.2%, as can be seen of his report ‘World Economic Outlook’, published this Tuesday.

Specifically, the body chaired by Kristalina Georgieva considers that the unemployment rate in Spain will close this year at 16.8%, compared to 14.1% observed in 2019. For 2021, the forecast is that it will also close the year at 16.8%, according to the report ‘World Economic Outlook’, published this Tuesday.

The situation of the labor market in Spain thus resembles the evolution that Germany will experience, which will stand at 4.2% in 2021, after reaching 4.3%. With respect to the other two largest euro economies, France will reach a 10.2% unemployment in 2021, compared to 8.9% in 2020, and Italy will register an unemployment level of 11.8% during the next year eight tenths more than this year.

The IMF has kept the economic outlook it presented two weeks ago unchanged, when it showed the conclusions of its annual review of the Spanish economy, known as ‘Article IV’. Thus, GDP will sink by 12.8% this year, but will rebound by 7.2% during 2021.

Thus, Spain will be the eurozone economy that will grow the most in 2021. Furthermore, compared to the latest forecasts for June, Spain has been the only eurozone country, out of the four broken down, to which the IMF has improved estimates for next year. Those of Germany have fallen to 4.2%, from the previous 5.4%, while for France they have been 6%, compared to 7.3% in June, and those of Italy have reached 5 , 2%, compared to 6.3% four months ago.

In the April forecasts, the last in which the IMF offered macroeconomic estimates for the 19 countries that make up the euro area, the Fund estimated that Spain would grow by 4.3% in 2021. Only two economies expected to grow less in that period. moment: Netherlands (3%) and Finland (3.1%).

According to the Fund’s forecasts, the fall in GDP in Spain in the fourth quarter, compared to the same period in 2019, will be 10.8%. This decline will be the worst decline recorded by any country in the eurozone. Behind will be Portugal (-9.4%) and Greece (-9.2%). On the other hand, in the fourth quarter of 2021 the year-on-year increase in GDP will be 6.6%.

Regarding inflation, the Fund considers that it will close the year at -0.3%, although in 2021 it will rise to 0.8%, the same level registered in 2021. Until 2025, Spanish inflation will not rebound until 1.7%, thus approaching the objective of being close to, but below 2%, set by the European Central Bank (ECB).

The Fund has improved estimates for 2020 by eight tenths, while forecasts for 2021 have worsened by two tenths. “Although the global economy is recovering, the rise will probably be long, uneven and uncertain,” warned the body chaired by Kristalina Georgieva.

The entity explained that the revisions carried out are due to the fact that the evolution of GDP in the second quarter in advanced economies was not as “negative” as had been projected. In addition, the return to growth in China was more pronounced than estimated and there are “signs” of a “faster” recovery in the world economy.

“Preventing further complications will require that stimuli are not withdrawn prematurely. The way forward will require national policies that manage the trade-offs between raising activity in the short term and tackling challenges in the medium term,” the IMF said.

Specifically, the institution has recommended that governments continue supporting “viable, but vulnerable” companies through debt moratoriums, delays in paying taxes or capital injections.

On the other hand, the Fund has highlighted that the recovery is taking place unevenly. While for advanced economies the GDP estimate for 2020 has improved by 2.3 points, to -5.8%, for developing economies and emerging markets it has revised the forecasts down two tenths, to – 3.3%.

Looking ahead to 2021, it has revised down the recovery of rich countries by nine tenths, to 3.9%, while it has raised the estimates of poor countries by two tenths, to 6%.

By country, the IMF has revised up the contraction of the United States this year by almost four points, to -4.3%, while for 2021 it has adjusted down the rebound by 1.4 points, to 3, one%. For its part, the euro area as a whole has received an improvement of almost two points this year, to -8.3%, and a worsening of eight tenths for 2021, to 5.2%.

“The pandemic will reverse progress in reducing poverty”

“The pandemic will reverse the progress made since the 1990s in reducing global poverty and increasing inequality,” warned the Fund, which predicts that 90 million people will fall back into extreme poverty, measured by incomes below 1 , $ 9 per day.

“This is the worst crisis since the Great Depression and it will need significant innovation on the political front, both nationally and internationally, to recover from this calamity,” Gopinath added.