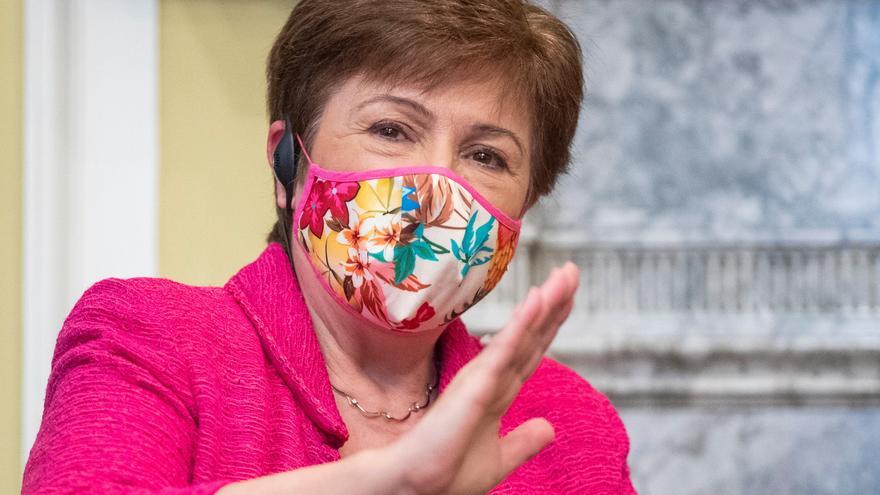 The IMF has "welcomed" the labor reform ratified in Spain a few weeks ago. The organization, in its latest report on Spain, points out that it allows "addressing the deficiencies of the labor market by balancing greater protection for workers with maintaining flexibility for companies." The document published this Wednesday identifies as the main recognition of this labor reform its "high level of adequacy" for coming from the "wide dialogue with social agents."

Despite this recognition, the IMF in its report urges the authorities to undertake a greater package of active employment policies to improve the skills of the active population and their incorporation into the labor market. To do this, he called for coordination to address this challenge that allows the country's workforce to be reassigned by sector. These reforms must be supervised, says the IMF, and work must be done to make permanent contracts more attractive for companies.

The report also includes an update of the growth forecasts for the economy that the IMF prepares periodically. The agency has corrected the forecast for 2021 upwards, pointing to higher growth than expected at the end of the year. Specifically, it considers that growth would have been 4.9%, compared to 4.6% outlined in the December forecast. For this year it maintains the 5.8% that it already traced at the end of last year. In this way, he believes that the recovery of the GDP prior to the crisis will arrive at the end of 2022.

Although the IMF maintains that the fiscal policy tools to protect the economy should be maintained for the time being until the situation has improved, it urges Spain to draw up a medium-term plan to redirect the public debt generated by the pandemic. In this sense, he points out that Spain must take new measures to balance the pension system if they want to adapt to the evolution of the CPI since, he understands, that with those already announced, a part of the expected increase in cost will be covered.

The report also mentions the policy to improve the SMI in Spain, with the aim of reaching 60% of the average salary. The IMF maintains that this policy would lead to Spain having one of the highest minimum wages in Europe. For this reason, it defends that raising this reference must be in step with the growth of productivity and with economic conditions.

The report addresses aspects beyond the labor market in Spain. Thus, he points out that the financial sector is showing "resilience" during the crisis caused by the pandemic, but warns that some factors could alter this situation, especially linked to the future of companies and their ability to assume debts. In this way, he points out that delinquency is already beginning to be perceived in some loans, such as those linked to consumption or in the hospitality sector and that the impact of lifting the moratoriums remains to be seen. For this reason, it encourages keeping a close watch on the balance sheets of Spanish banks.

In this sense, it encourages banks to continue reducing their costs and digitizing themselves. For this reason, he considers that "may be justified" a greater concentration in the sector, although it is already "above the European average".