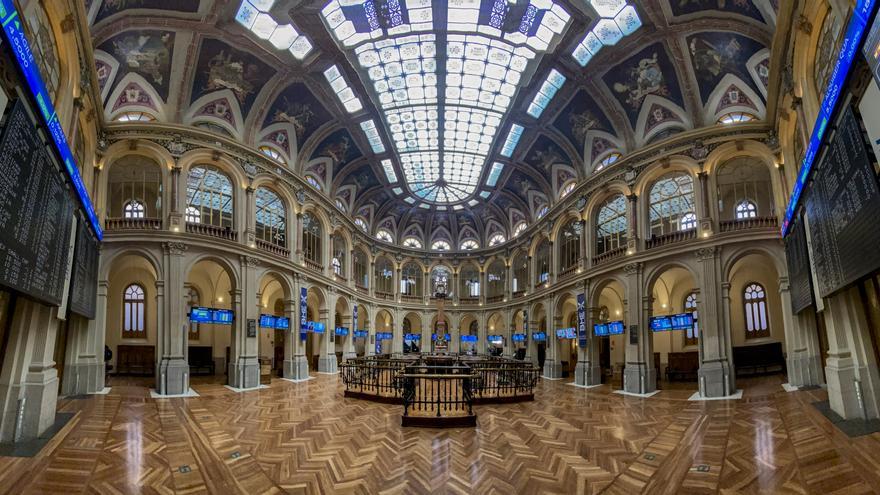 The Ibex 35 has scored its biggest rise in a decade on Monday, of 8.57%, after announcing this afternoon the American pharmaceutical company Pfizer that the coronavirus vaccine that it is developing together with the German BioNTech, which is in the last phase of experimentation, has an efficiency greater than 90%.

This Monday’s rise, which leaves the index on the verge of 7,500 points, is the highest since the rescue of Greece in May 2010, when the selective shot up 14.43%, and the third highest in the history of the selective Spanish.

After the advances on the preliminary results of the vaccine, “promising”, in expression of the World Health Organization (WHO), the Ibex has been placed at the top among the great European parks, based mainly on tourism values ​​and the banks.

The rally has pushed the Ibex above other large European stock markets, such as the French CAC, which has shot up 7.5%, or the European Eurostoxx index (+ 6.4%).

The day, which had started higher after confirming the victory of Joe Biden in the US elections, has turned into euphoria from noon, after the announcement of Pfizer, which has promoted an opening on Wall Street with increases of more than 5% and 10% rise in the price of Brent oil. The announcement has also caused the Spanish stocks most benefited by the pandemic in recent months to have suffered sharp falls, with Pharmamar (8.18%), Cellnex (6.23%) and Solaria (6.15%) leading the way .

The number of new infections falls to 10,853 and Health adds 294 deaths with COVID in the last day