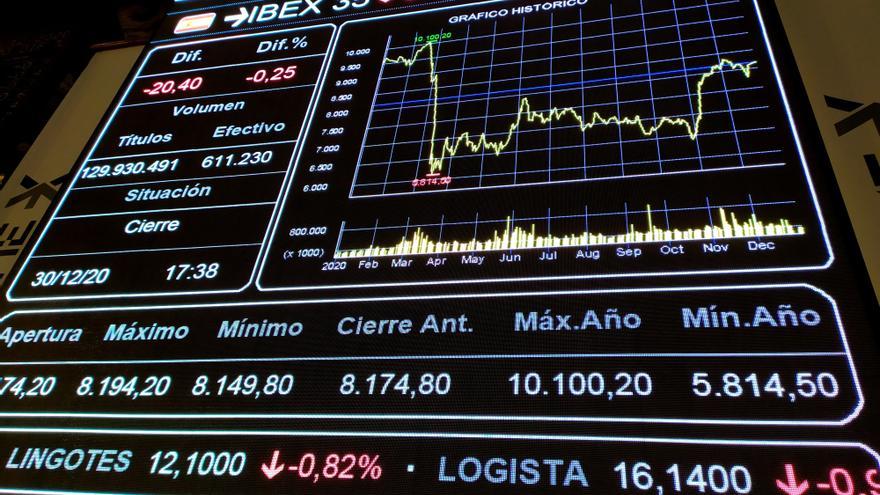 The National Securities Market Commission (CNMC) wants oblige the directors of the listed companies to compare the evolution of their salaries with those of their employees for a period of five years. The proposal has not been well received by the Spanish banks and the Ibex. This is clear from the allegations of the Spanish Banking Association (AEB) and the Spanish Issuers association, which represents the majority of the selective companies.

The CNMV proposed in a circular that it put out for consultation in June that the annual report of remuneration of directors (IARC) of listed companies include this year a new section that allows “to establish comparisons between the annual amounts accrued and the annual variations experienced, during the last 5 years, in the remuneration of each of the directors, in the results of the company and in the average remuneration on a basis equivalent to full time of the employees who are not directors. ” The objective is to comply with a European directive of 2017 to promote the long-term involvement of shareholders.

The bank employers are the one that has presented the most objections to the proposal. In its comments on the project, which the CNMV has just published, the AEB appreciates “an interpretive error” of that European directive and assures that “it would entail a series of implications” that “would not respond” to the purpose of “providing shareholders and to the market, in general, greater transparency as well as facilitating better supervision of shareholders on remuneration “.

The proposal, underlines the AEB, would imply providing “information on the remuneration of directors who had ceased to hold the position more than 4 years ago.” This would include executives who have left the company with the corresponding shielding compensation, common in listed companies, an aspect that the banking employers do not mention, which comes to say that what the CNMV raises will be a nuisance for the entities.

These should “collect and provide information on former directors”, something that “is not only more burdensome for society”; It would also “greatly hinder the comparative capacity of the shareholders, by providing a high volume of information that is no longer pertinent or relevant for the purposes of evaluating the relationship between the remuneration of the directors (with a charge in force at the time of the formulation of the report) and compensation of employees “.

“This situation would be aggravated”, in addition, in the case of credit institutions, “where the remuneration requirements related to the periods of deferral of variable remuneration and payment in shares would make the information to be presented very complex”. “In the event that it is decided to maintain the table” in the new annual reports, AEB requests that information only be published on the directors who have held the position in the current fiscal year and not on those dismissed in previous years.

The bank employers are also concerned about what magnitude should be used to evaluate the performance of the companies in this comparison. “The pre-tax result may not always be the most representative metric” and it would be “convenient” for each company to include “the metric it considers most appropriate”.

Another aspect that the AEB highlights is that there are companies that hold their shareholders’ meeting in the first quarter, and the date of publication of the remuneration reports (which must be submitted for the approval of the assembly, in a consultative capacity in most of the cases) “will be very close to the end of the previous year.” Thus, it is “possible” that the information on the average remuneration of employees in the last year “must necessarily be provided as an estimate”.

Finally, to “avoid potential confusion and for the sake of greater clarity”, it should be specified “that the same accrual criterion should be applied to calculate the average remuneration of workers” as for directors.

It has also objected to the proposal of the CNMV Emisores Españoles. This association represents more than 70% of the Spanish stock market and 75% of the Ibex, according to its website. Most of the large listed companies are in it, except for Telefónica and Naturgy, the Luxembourg company ArcelorMittal and, also on the Ibex, Almirall, Mapfre and Meliá. Nor is ACS, but Abertis is, of which the construction company controls 50%. Outside the Ibex, AtresMedia, Codere, Ence, FCC, Mediaset, FCC, OHL, Prisa, Sacyr, or Prosegur belong to it, among others.

The entity considers “somewhat excessive the temporary level of comparison of five years, especially if the information is public.” And “we could find ourselves in situations in which three director remuneration policies are applicable, already approved by the meeting, and reported in previous years.”

Furthermore, “it is not entirely clear whether to start from 2021 counting five years ago”, until 2017, or if the obligation will be gradually incorporated, “from 2021 onwards.” In the first case, it would mean applying the last reform of the Capital Companies Law “to certain years in which it would not be applicable, since it is not in force”, and to directors “that may not be the same as at present or whose remuneration may have undergone changes that make it not is comparable from one year to another “, such as” a president who in one of the years has executive functions but in the rest or not “, or a director who has been a member of committees only part of the period.

Respect for companies that have just been listed, “it is not clear whether it is also necessary to report on the remuneration of directors who are no longer so and whose remuneration did not have to be public”, since unlisted companies do not break down the salaries of its administrators.

Regarding the calculation of the amounts to be included, Emisores Españoles asks which employees must be taken into account, “whether national or global, since the numbers would vary significantly.” And when detailing the variations and amounts, “it should be taken into account that there could be additions of executives in the middle of the period”, or “notable resignations”, so “more detail would be needed.”

The CNMV included this proposal in the Activity Plan for 2021 that it presented in March and put it out for public consultation until August 5. With it, shareholders would have information on whether the salaries of the directors of listed companies go in parallel with what their staffs charge and the progress of their profits. There are indications to the contrary.

In 2019, a pioneering study published in the agency’s quarterly bulletin found that Ibex executives had a “very low” exposure to the profitability of the company, after comparing their remuneration and the evolution of their price between 2013 and 2017. Its conclusion was that remuneration grew by 59%, triple what the index had appreciated on the stock market. And he warned that the millionaire Ibex pensions, a distinctive element of Spain, encourage executives to behave as if they were creditors and not shareholders.

The salaries of the Ibex advisers chained an unstoppable upward trajectory in the years prior to 2020 until the pandemic arrived. In 2019, the average remuneration per member surpassed € 700,000 for the first time, its sixth consecutive annual record. This streak was cut short by the pandemic, which led the Ibex as a whole to add record losses of 7,334 million and, with exceptions as Acciona or Iberdrola, led to some moderation in payments to its highest management bodies. These fell 8.4%, to about 286 million.