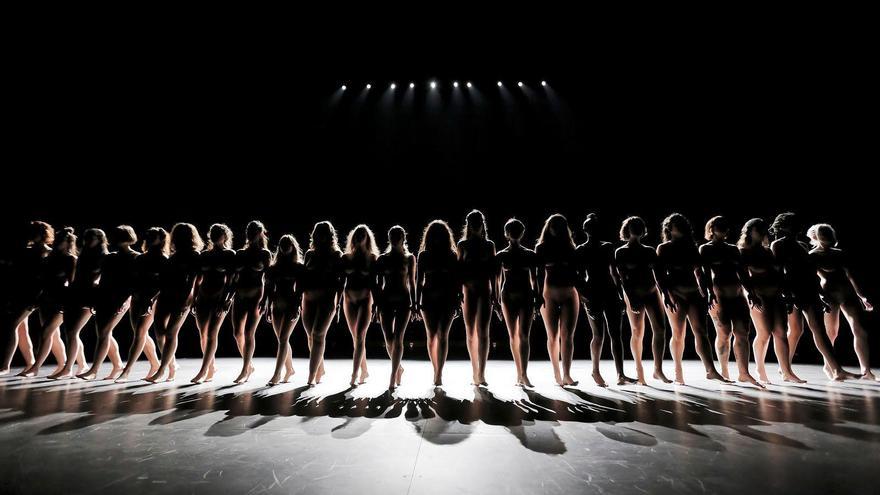 The Ibero-American Theater Festival (FIT) wants to be reborn. Two years ago its historic director José Bable —he had been since 1994— retired and the Festival’s board of trustees did not take the renewal of his position to public competition. At the last moment, and arbitrarily, two managers known for creating a festival in Birmingham, the BEFESTIVAL, Isla Aguilar and Miguel Oyarzun, were called in and commissioned to do a transitional edition. They had just been expelled from the management of the Centro Cultural Conde Duque de Madrid by the new Government of the PP of the City Council of this city. The edition was based more on the meeting than the exhibition since the COVID-19 measures prevailed. Even so, they had to face negative criticism from the specialized media and part of the public. This May of year they won the public competition to direct the FIT for four years.

This edition, the management has been able to make a totally face-to-face program. They know that they are risking it and they seem to have tried to reconcile while still betting hard. The bet, although common in recent festival programming, is still brave: the presence of women and the criticism of patriarchy. A proposal that does not want to be testimonial and goes through the festival strongly. On the other hand, it continues to bet on the plurality of languages ​​with installations, performances and dance. Something that in the previous edition was residual. But the direction does not have a suicidal vocation either and this year it also hosts works by creators better known by the Cadiz public such as the Uruguayan Guillermo Calderón, who will present this Saturday at the Sala Central Lechera Ana against death; La Zaranda, an entire institution in Cádiz, which will be on the 27th at the Gran Teatro Falla with The battle of the absent, or the shows Shock 1 and Shock 2 by Andrés Lima, who will do it on Saturday the 30th.

The festival begins on October 15 at the Gran Teatro Falla with the piece Letter by the Portuguese Mónica Calle, which aims to be “a declaration of the festival’s intentions,” Miguel Oyarzun explains to elDiario.es about this piece in which more than twenty women interpret fragments of Beethoven’s 7th symphony. “In the work, the fragility of the individual appears in a very poetic and beautiful way, but also the strength of the collective and of the empowered woman. We wanted to start that way,” adds Isla Aguilar.

The feminist theme, although it intersects with others such as migrations or the class struggle, is almost omnipresent at the festival. And it will have two particularly vindictive moments. The LasTesis collective from Chile, known for their performance A rapist on your way With which they got squares around the world to shout: “Here I am, ready to talk about violence. Here we are, we are resistance,” they will make the Plaza de San Antonio rumble on October 21 with Endurance, piece that arises from the workshop that they have given with groups of women from Cádiz. And the Madrilenian Mucha Niña will do the same on the 21st with a feminist haka (world-famous Maori dance), Autumn Party 2021, on the beach of La Caleta.

Two strong moments of the festival “that will not be the only ones that will revolve around women. You will also be able to see other more theatrical works such as Ana against death the Uruguayan Gabriel Calderon who talks about a woman who is forced to act as a mule; or to María Galindo, a performer who will give a performative talk on the last day of the festival and has a much more punk register, “explains Aguilar.

The FIT began its journey under the direction of Juan Margallo in 1986. Since then it has been a benchmark for Latin American theater, a natural entry point for American artists to Europe, and clearly influential in theatrical languages ​​in our country. To understand, for example, the last great success of the Spanish theater, The bar that swallowed all the Spanish by Alfredo Sanzol, it is essential to rescue the influence of biodrama Argentine promoted by Vivi Tellas. To understand the rise of documentary theater in this country, one has to stop to see the influence of the Mexican Vicente Leñero or the collective wonders of the Peruvian company Yuyachkani. All of them went through the FIT, the list is endless: the collective creation of the Colombian Enrique Buenaventura, the political estrangement of Ricardo Bartís’s Sportivo Teatral, the third theater of the Bolivians Teatro de los Andes… The festival was his home and speaker. The public of Cádiz enjoyed them and got to know them. For a few years, due to the exhaustion of the formula maintained for decades and due to a budget that in less than ten years decreased from eight hundred thousand euros to half, the same as it has today, the festival lived low hours. The mission to be undertaken by the new management is enormous.

When pointing out the lack of street theater this edition or the loss of contact with Latin American universities, both clarify: “We have been directors since May, we have many things to work on. All our contact so far has been telematic, unfortunately,” explains Oyarzun that, even so, during the conversation with this newspaper he does not want to stop specifying what has already been achieved: agreements with the Ministry of Culture of Portugal, with the Reina Sofia Museum in Madrid, a new policy of artistic residencies, and agreements with the Autumn Festival Madrid or Girona High Season. Efficient managers who have known how to deploy activity but who also know themselves ignorant. “Hispano-America is vast, we need to go and be able to map the social and theatrical reality of many areas that we still do not know, such as Central America for example,” explains Oyarzun.

Is this why in this edition the theatricalities of the rich countries of Latin America (Argentina, Mexico, Chile, Colombia, Uruguay) prevail with which the ties and bridges are already made or are they stronger?

AGUILAR: Yes, proposals come from there more easily. But we have also started to open bridges. This year we have managed to bring the piece Cachado From El Salvador. And we also have a project with the Malaga choreographer, Luz Arcas, and the AECID Cultural Center of El Salvador to work with a group of Salvadoran theater women to study the Revolution and the country’s political situation. In addition, we have opened a dialogue with artists in Guatemala. But you have to understand that this year we have not been able to travel, and we have to know better and establish the necessary ties.

Another problem the festival is facing is criticism. There is a resistance from a part of the regular public to the FIT who call you “modern”. How have you managed that rejection?

AGUILAR: The human being in the face of changes is quite conservative. It is true that last year there was a lot of criticism of the programming. And I hope that that assiduous audience, those friends of the FIT who are being so critical, we can win. The controversy is served and we navigate it the best we can even though sometimes it seems to me that it is being a bit unfair. Last year even many of those critical voices didn’t even come to the festival.

The former director of the Festival, José Bablé, in a telematic public meeting He even said that he was highly concerned about your partial vision of the scene, a bias that could not reflect the Latin American theatrical reality and even force European taste, thus entering a new type of cultural colonization. What do you think of his words?

OYARZUN: We strongly disagree. We are doing just the opposite. Our project is a decolonial project, which tries to open up to a space of repair and that is precisely why it wants to encompass all existing poetics without having a bias.

AGUILAR: It’s surprising, especially since the first year we shared all the programming with him and his response was that he loved it. I believe that the friends of the FIT, instead of being so typical, should have congratulated themselves that in the middle of the pandemic and with the times that could be managed there was FIT last year.

The FIT runs the risk of ending up having a peripheral resonance when relevance is higher. Historically, after many promises, the Ministry of Culture has not known or wanted to support the FIT in the rest of the territory. Is there any commitment on the part of INAEM and the National Dramatic Center in this regard?

AGUILAR: The aim of our project is to formalize a circuit and have a stable leg in Madrid. There have been conversations with Alfredo Sanzol, director of the CDN, to see ways of collaboration. Nothing has been finalized. This year we want to sit down with the INAEM and specify. We want to be a sustainable festival, which does not allow a show to come from America and only have functions here. We are trying to create a network so that the works rotate and can be made known. For now, the agreements are important but punctual. We need the help of INAEM, clearly.

Another notable aspect of this edition is the profuse citizen participation in the festival through numerous workshops and laboratories. “We wanted to work in the territory, it is the way to broaden the public and also be able to transform realities present in Cádiz”, explains Aguilar. In this sense, the proposal of The Living Maps in which the true “bosses” of the object theater in Spain, Xavi Bobés and Jomi Oligor, together with the Mexican Shaday Larios, have taught a laboratory during the month of September with residents of Cádiz turned into true detectives in search of places and objects from where to think of another non-touristy or gentrified Cádiz. An unofficial map where all the people who in recent years have been displaced or expelled from the city can fit. And good news, the festival once again has a meeting space for festival participants and people from Cadiz, a hallmark of the festival in other times: the Contemporary Culture Space, a modern building where meetings and talks will also be held.