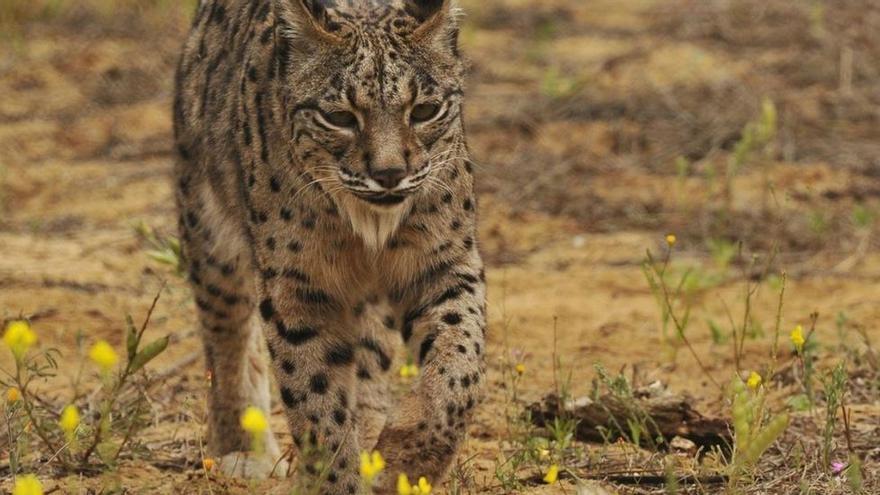 A five-year period. That is the deadline Jesus Cardells, approximately, to see the Iberian lynx (Lynx pardinus) in Valencian territory. "In about sixty months we could have specimens according to our forecasts", points out this biologist-veterinarian who leads the ViaLynx study on the most suitable habitats for the reintroduction of the feline in different points of the eastern peninsula.

Of the eight areas analyzed by the group Saigas of the CEU Cardenal Herrera University (CEU-UCH) of Valencia, the Alto Turia, the Calderona, the Hoces del Cabriel and the Muela de Cortes stand out as the most prone. Cardells emphasizes that the viability of the lynx is linked to the presence of the wild rabbit, its main source of food.

The team led by Cardells has been conducting field surveys for months, counting the number of these prolific mammals in grids of ten by ten square kilometers. Despite the fact that 55% of Valencian municipalities are overpopulated with rabbits, Cardells points out that not all areas are optimal. "Points with many abuses, for example, must be avoided," he explains.

But not only rabbit lives the lynx. Experts in the field are beginning to detect that it also feeds on mouflon or roe deer offspring, species that are increasingly abundant in the Valencian Community. LThe entrance could be through Albacete or Cuenca, after extending in the last two years beyond Andalusia. "Although at first there was reluctance to remove the lynx from the Andalusian borders, it has been seen that it is good to avoid inbreeding," he reasons.

This change of criteria has allowed the Valencian project to go ahead, initially dismissed in 2016, and which now has the support of the Foundation for Biodiversity of the Ministry of Ecological Transition and Demographic Challenge. The General Directorate of the Natural Environment of the Generalitat Valenciana, through the Wildlife Service and the Hunting and Fishing Service, is also involved in the initiative, as pointed out.

The areas where the lynx could have enough food are, from largest to smallest, the Sierra del Mugron (Albacete), Sickles of the Cabriel (covering part of the provinces of Cuenca, Albacete and Valencia), Alto Turia-Sierra de Negrete-Lavajos de Sinarcas, as well as the Sierra Calderona and also the Muela de Cortes.

"Despite the fact that the dates on which this second test has been carried out are traditionally considered a time of minimum abundance, surprisingly, higher presence rates have been found in some of the study areas, which suggests that they could be altering reproductive cycles of the species, as an adaptive response to changes in seasonal cycles", he comments. Alt Maestrat, Serra d'Espadà and Serranía de Cuenca have been ruled out. "do not meet the requirements", Explain.