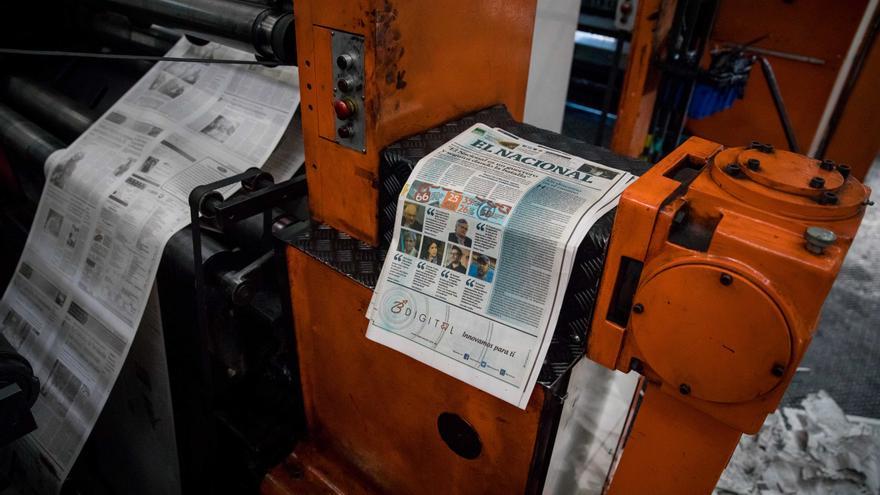 Miami, May 15 (EFE) .- The Inter-American Press Association (IAPA) denounced this Saturday the embargo against the Venezuelan newspaper El Nacional, which it described as a “political embargo”, and called on the international community to take “action “.

In a statement, the president of the IAPA, Jorge Canahuati, said that the “political embargo” against the newspaper El Nacional “will remain in the history of this century as one of the greatest outrages against press freedom in the Americas.”

“The ‘we will win’ that the second man of Chavismo, Diosdado Cabello, issued yesterday as a ‘war cry’, while the ‘Political Justice of the regime’ began the process of seizing the facilities of El Nacional in Caracas, is evidence that we are facing a political embargo to censor one of the few independent voices that remain in the country, “added the manager.

Canahuati, president of the Honduras OPSA Group, urged the international community to “stop looking the other way and understand that without independent journalism there is little hope of recovering democracy in Venezuela.”

Carlos Jornet, president of the IAPA Committee on Freedom of the Press and Information, expressed his solidarity with the directors and staff of El Nacional.

“We had already warned the end that this story would have, knowing that in Venezuela Justice is subject to political power and the regime uses it as a battering ram against everything that bothers it,” said Jornet, director of the newspaper La Voz del Interior of Argentina.

The Venezuelan Justice gave another turn of the screw this Friday by seizing the headquarters of the newspaper El Nacional, founded in 1943, as part of the compensation for “moral damage” of more than 13 million dollars ordered by the Supreme Court of Justice (TSJ) by a demand of the number two of Chavismo, Diosdado Cabello.

The announcement was made by the vice president of the United Socialist Party of Venezuela (PSUV) in his social networks and was immediately replicated by the general manager of the newspaper, Jorge Makriniotis, who described it as an “attack on democracy”, and the lawyer of El Nacional , Juan Cancio Garantón, who considered it an “abuse of authority”.

According to the IAPA statement, Cabello sued the newspaper in 2015, after the outlet replicated a report from the Spanish newspaper ABC in which the former head of the Chavista leader’s bodyguards indicated that he was linked to drug trafficking businesses.

Cabello denounced the newspaper Tal Cual (today only on the internet) and the website La Patilla for the same cause, added the organization, which is based in Miami (USA).

In the semi-annual press freedom report on Venezuela, published last April, the IAPA warned that “it remains at the same critical level as in recent years. It is a relentless dictatorship that considers independent journalism a permanent enemy.”