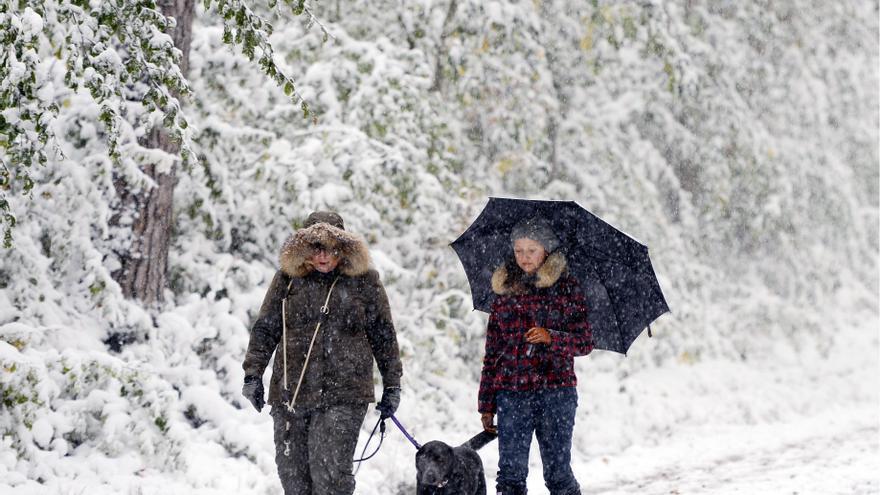 Madrid, Jan 7 (EFE) .- Humans who fed wolves with leftover lean meat during harsh winters may have played a role in the early domestication of dogs, towards the end of the last ice age, between 14,000 and 29,000 years, according to a study published in Scientific Reports.

Humans and wolves were hunters in a pack of large prey and competed for resources, they could also kill each other, so the study authors wondered why humans ended up domesticating a competitive species.

A team of European and American experts, led by Marian Lahtien of the Finnish Food Authority, believes that late Pleistocene hunter-gatherers in Eurasia would have a surplus of animal-derived protein that they could have shared with fledgling dogs, thus reducing competition for prey.

The reason for this excess is that, with the exception of mustelids such as weasels, all prey species would have supplied more protein than humans could eat, as their consumption was limited by the liver’s ability to metabolize it.

Humans of that time may have followed an animal-based diet during winters, when plant foods were limited. However, it is likely that they were not adapted to a protein-only diet and preferred the intake of high-fat meat over lean, high-protein meat.

Wolves, meanwhile, can survive on a protein-only diet for months, so humans may have fed excess lean meat to pet wolves, which may have allowed for company between the two during the harsh months. of winter.

Feeding the wolves with such meat may have facilitated cohabitation with captured wolves, making them more docile, and having favored its use as a hunting aid and as guardians, which would have further facilitated the process of complete domestication of the dog.