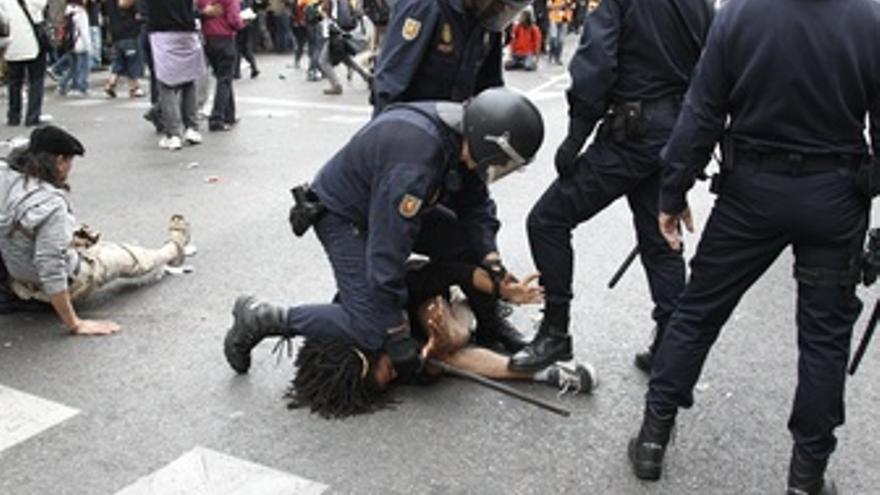 The Human Rights Court has condemned Spain on Tuesday for the police action surrounding Congress. This is established in a sentence in the case of a woman who participated in the demonstration of Rodea el Congreso on September 29, 2012 and who denounced that she was evicted by force and in a humiliating manner by the Police along with other protesters who took refuge in a bar near the parliamentary headquarters in the context of the riots. Thus, the ECHR condemns for not investigating complaints about police actions.

The woman reported the case to a Madrid investigating court that ended up closing it due to lack of evidence and, after the Constitutional Court refused to review it, considering that there was no violation of fundamental rights, she went to the ECHR, where she accused the authorities Spaniards for not having sufficiently investigated the facts denounced, thus pointing to a possible violation of Article 3 of the Convention, on the prohibition of torture.

According to the judgment, decided unanimously, the Court based in Strasbourg “declares the application admissible; maintains that there has been a violation of the procedural branch of Article 3 of the Convention; and establishes that the respondent State will pay the plaintiff, Within three months, the amount of 1,000 euros for non-pecuniary damage; and that from the expiration of said period and until payment, this amount will be increased by simple interest at a rate equal to that of the Bank’s marginal credit facility Central European applicable during this period, increased by three percentage points “.

“In light of the information at its disposal, the Court considers that in the particular circumstances of the instant case the investigation carried out by the domestic courts was not complete and effective enough to meet the aforementioned requirements of the procedural aspect of the Article 3 of the Convention on Human Rights, “the Court says:” Consequently, there has been a violation of the Convention. If the Court declares that there has been a violation of the Convention or its Protocols, and if the domestic law of the The High Contracting Party only allows imperfectly to erase the consequences of this violation, the Court grants the injured party, where appropriate, only satisfaction “.