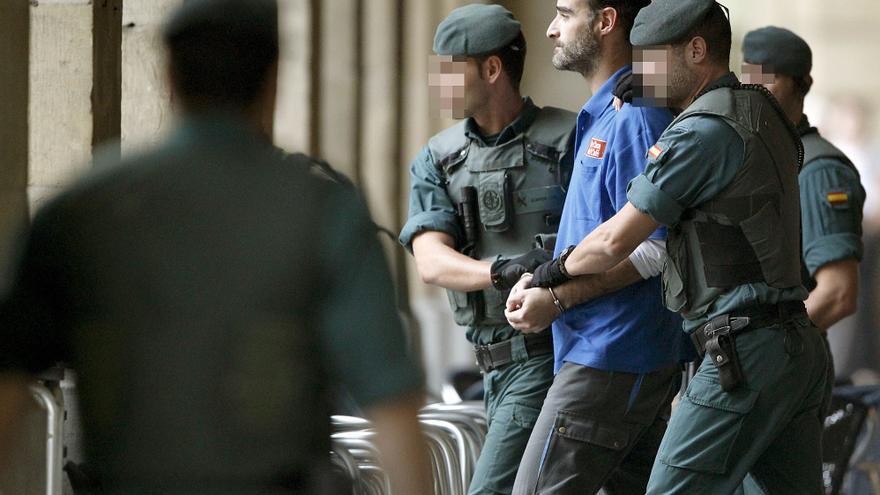 Spain violated the European Convention on Human Rights by denying legal assistance to a member of ETA, Javier Atristain Gorosabel, while he was held in preventive detention incommunicado in October 2010. This has been established by the European Court of Human Rights, based in Strasbourg, in a ruling known this Tuesday. The case refers to an interrogation to which Atristain Gorosabel was subjected at the end of 2010, without the assistance of his lawyer.

The ETA member is serving a 17-year prison sentence for belonging to a terrorist organization and possession of explosives.

According to the ECHR, "access to a lawyer must be provided as soon as there is a 'criminal charge'", reiterating that "incommunicado detention should only be ordered by an investigating judge in exceptional circumstances and only for the purposes provided for in the law".

"Although not decisive", the Court concluded that the "authorities had neither assessed nor justified the need to restrict the applicant's access to a lawyer of his choice, and even to a lawyer at some point. solitary confinement had been issued in accordance with the relevant law, but had been too general in nature".

Thus, the ECHR observes that "the statements made by the applicant at the police station constituted an important basis for the applicant's conviction, and that the national court [Audiencia Nacional] did not address allegations that the public defender had been unable to contact the plaintiff at that time."

As for the general fairness of the procedure, "preventing the plaintiff's court-appointed lawyer from having access to him at the relevant time and from being assisted by a lawyer of his choice without giving individualized reasons had undermined the fairness of the subsequent criminal procedure in the extent to which the plaintiff's incriminating initial statement was admitted as evidence. The absence of corrective measures during the trial irremediably impaired his rights of defence."

Finally, the Strasbourg-based court has indicated that the Code of Criminal Procedure had been modified in October 2015, and "provides an individual assessment of the particular circumstances of persons deprived of liberty. However, said modification was not applicable at the time in question."

According to the ruling of the European Court of Human Rights, Atristain Gorosabel was arrested under a European arrest warrant in France and extradited to Spain in 2010 for crimes related to ETA.

On September 29, 2010, the National High Court ordered his incommunicado detention to protect the integrity of the investigation. He was assigned a court-appointed lawyer, but was unable to speak with him and was not allowed to meet with any legal counsel, the ECHR says.

In light of evidence seized during a search of his home, including explosives and information on hard drives, his detention was extended. He was questioned by the Civil Guard, stating that he had "cooperated" with ETA in kidnapping attempts, providing information on police officers, etc...

Atristain Gorosabel then made a statement revealing where a cache of firearms, ammunition, USBs containing terrorism training manuals, and some fake license plates could be found at his residence. The Civil Guard found that material.

During his detention, Atristain Gorosabel was examined daily by a doctor, says the ECtHR: "Apparently, there was no ill-treatment, although he told the doctor that the officers had threatened to arrest his girlfriend."

On October 4, 2010, he appeared before the investigating judge and his incommunicado detention was lifted. On April 16, 2013, he was found guilty of belonging to a terrorist group and possession of explosives and sentenced by the National High Court. The court referred to various material and testimonial evidence, including that allegedly concealed in his residence, and his own self-incriminating statements. The court stated that there had been no ill-treatment and that he had testified freely.

That sentence, and the conclusion that there was no mistreatment, was confirmed by the Supreme Court in an amparo appeal filed by Atristain Gorosabel and declared inadmissible in 2014.