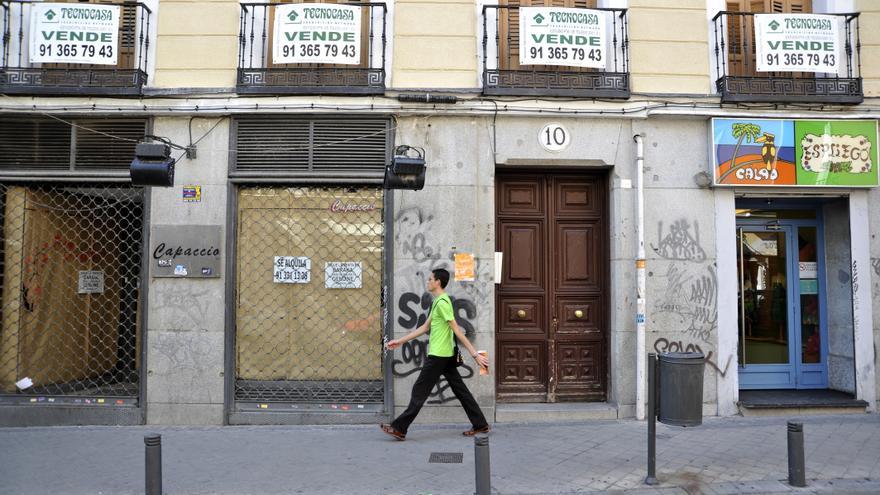 “It’s better than nothing”. This is how Julio Rodríguez, former president of Banco Hipotecario and member of ‘Economists facing the crisis’, values ​​the first measures that have been made public in the last 48 hours on the Housing Law that has been agreed by the coalition Government of PSOE and United We Can.

A text that is not yet final since, predictably, it will undergo changes, and that also reveals the different sensitivities within the Executive. The most positive thing, for Daniel Sorando, professor at the University of Zaragoza, is that for the first time a Housing Law “puts limits on prices and defines what an empty house is.” “That people talk about the social function is very positive and important,” he adds.

“It is a starting point but it falls short,” says Rodrigo Martínez, spokesman for the Llogateres Union. To a large extent, the experts consulted by elDiario.es consider that it is halfway there. For example, by putting the focus on controlling the prices of rents in the large holders, provided that they are legal persons and have more than 10 properties. That, they say, leaves 85% of the rental housing market out of these future price control measures.

“The houses in the hands of large owners are limited and the establishment of control is in the hands of the autonomies, and some are hostile to this law and will not apply it,” sums up Julio Rodríguez. “A private individual with 20 homes is not going to be forced to lower their prices”, Rodrigo Martínez deepens.

Elena Costas, Professor of Economics at Esade, emphasizes that, “after the 2008 crisis, the rental offer was highly concentrated in large real estate companies and this was coupled with less credit to buy houses. We had a much more monopolized offer in few hands and an increase in the demand for rent from people who could no longer buy. ” And, given this starting situation, “a good housing policy needs to focus on these points. Our main problem is that of supply, that there is very little supply of rent at reasonable prices.”

That reasonableness, that price control for large holders, is also an open point, where the Government has given itself an additional 18 months to decide how to establish a mechanism. Julio Rodríguez points out that price control is a common practice in most European countries, even conservative ones, such as the Netherlands. “Prices grow in other countries, but less; and it is a practice that exists in the United States, in New York, where they grow, but less,” he insists.

Paloma Taltavull from La Paz, professor of Applied Economics at the University of Alicante, points out that price control is considered a third-generation rental control measure; and that “powerful and strong databases” are required for its implementation. “Barcelona, ​​for example, knows where there is tension,” he says.

From now on, in that additional year and a half, it will be necessary to define whether these indices take into account factors such as the statistics on housing prices, still reduced, published by the National Institute of Statistics; income statements of owners and tenants; or the information published by real estate portals, among other issues, although experts agree that the most useful thing would be to look at the example of how other European neighbors do it.

The law, its actual application in the most relevant measures, will remain in the hands of the regional and local administrations. And there the experts urge that the municipalities have more margin when claiming that, in their territories, there are areas with stressed rental prices.

“There are communities that are not going to do it, but the citizens need it. The law could define that the municipalities are the ones that act and the communities have a period of time to adapt,” advocates the spokesman for the Llogateres Union.

Julio Rodríguez also believes that there is room for a local action. “There may be a number of municipalities that request to be a stressed area, even if their community does not want it, and so it can be applied.”

Professor Daniel Sorando, on the other hand, sees less scope for action. “The effectiveness of the law can be, unfortunately, limited by the powers of the autonomous communities”, since they have transferred the regulation on housing. “The effect will be limited by the distribution of power in Spain and by the law itself,” he asserts.

The same situation is applicable to surcharges in the IBI to empty homes, of up to 150%, which remains in the hands of the municipalities and where experts agree that there will be a map of Spain with municipalities where surcharges are executed and others where no. “It is in big cities where there is a rental problem, but studies indicate that there are not so many empty flats. They are not a panacea,” Elena Costas clarifies.

The new one law will also create the figure of affordable housing, which will have to coexist with other existing formulas such as Official Protection Housing (VPO). Paloma Taltavull from La Paz, without knowing the final details of how the law will look, explains that “when it comes to affordable housing, these can be private or public, VPO or not.” The key, he argues, is that its price is in relation to the average income of where it is located, while the VPO has, by definition, to have direct aid.

Julio Rodríguez points out that this new figure can lead VPO to a “languid life” and that, in many cases, VPO prices are high, as in Madrid.

The law also contemplates, but without a mandatory mandate and if there are no changes, “to extend the possibility that the urban legislation can establish (…) a reserve of 30% in urbanized land, articulating the adequate legal-urban compensation mechanisms” . On this aspect, Professor Elena Costas indicates that “the problem is what effects this measure has. I have not seen evaluations of what has happened in Catalonia. There is some data that indicates that there has been a reduction in supply. We have to go with beware of measures that seek to increase the number of homes and ultimately cause a reduction in it. “

Meanwhile, Professor Daniel Sorando indicates that “the idea of ​​30% is good, but if you look at where the measures to lower the rent are in stressed areas, the percentage of citizens who are going to benefit is very small”, although he believes that it would be the most effective measure to increase the stock of affordable housing for citizens.

Regarding what there is a clear consensus, it is to a degree that it will not be in the Housing Law, but will be applied through the General State Budgets: the 250 euro voucher as rental aid for those under 35 years of age.

“This type of bonds without firm regulation ends up in an inflationary effect. If they are applied to a large part of the population, prices end up rising and are a transfer for the highest incomes”, explains Rodrigo Martínez.

“The bond is a measure of tension in prices,” says Daniel Sorando. He gives the example of what happened in Paris, where “for every euro of subsidy the rental price has risen 0.78 cents. It does not mean that it is always the same relationship,” he clarifies. “It is a way of satisfying the economies that live on rental income. There are researchers who indicate that 15% of Spanish households generate income through rent.”

In this same sense, Elena Costas argues that “in many cases it is a direct transfer from the Government to the homeowners. In the French case, 80% of the aid went directly to increase the rental price; and only 20% directly benefited the young people who rented. You have to be careful with these types of measures, which may sound very good, they make sense but, sometimes, they achieve the opposite effect. ”

The general conclusion is that one measure is not enough to lower rent prices and the Housing Law is ambitious, but not enough. A combined solution is required, on different fronts. There, the parliamentary procedure, with the rest of the progressive political forces, can be a key factor.