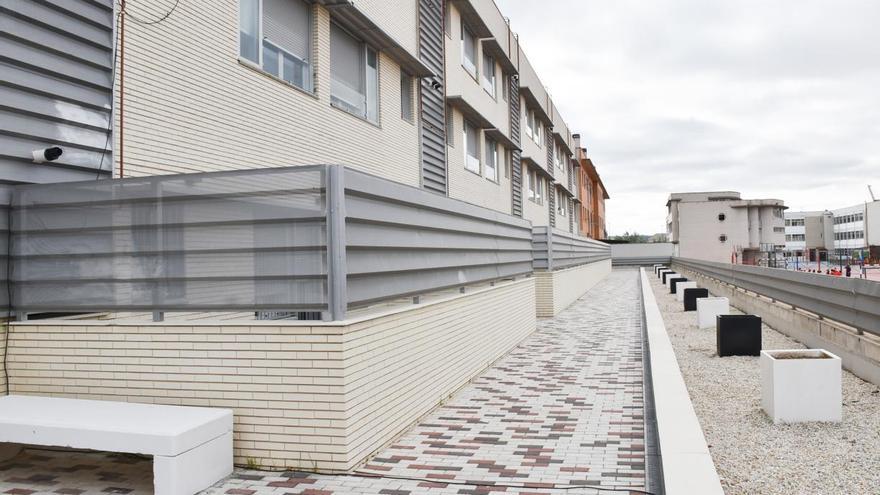 The rejection of the General Council of the Judiciary (CGPJ) to the preliminary draft of the Organic Law of Housing -the members are going to prepare a new opinion- has stirred up the waters of its processing. This Law, which is part of the government coalition agreement, has already accumulated several delays and snags between the partners in the Executive (PSOE and United We Can) due to how far the protection of the right to decent housing has to go. These days have come together to insist on the need for the text to reach the Congress of Deputies to start processing it.

However, there are other criticisms of the draft that are not being taken into account. Since 1977, Spain has been part of the group of 144 countries that have ratified the International Covenant on Economic, Social and Cultural Rights of the UN, the ICESCR, a treaty that is part of the Charter of the United Nations, Here comes the turbulence: the ESCR Committee, the team of eighteen independent experts who monitor compliance with it, has expressed to the Executive the lack of protection of citizens in relation to the right to housing on up to six occasions, all of them referring to cases in the Community of Madrid, since 2015. Three of them in 2021, in the midst of drafting the preliminary draft of the Housing Law.

As an added fact, Spain is the only country that has signed the Treaty that has received contrary opinions for its actions in this matter. At last opinion, issued in November of last year 2021, the Committee welcomes the initiative for the adoption of a Law on housing of the Spanish Government, which "may contribute", according to what is read in the text, to the follow-up of several recommendations to stop evictions that affect people without resources, and to guarantee “the right to adequate housing for people with low incomes”. In a negative sense, it is criticized that in Spain there has been no progress in relation to the denial of social housing to people who occupy without legal title. The experts consider that some initial actions have been taken, but that "other actions and information are still needed in relation to the measures adopted" to assess lifting their negative considerations. The Spanish State has been given ninety days to solve these doubts, a term that will be fulfilled at the end of this month of January.

For Marta Mendiola, from Amnesty International, the draft Housing Law "does not stipulate how the State is going to implement the rulings." Considers that it is necessary to improve issues such as the legal protection of the right to housing itself, the protection of people facing evictions, the obligations of the administrations (progressivity in actions and evaluation), the improvement of affordability measures of housing, of those aimed at increasing the stock of social housing and also greater attention to women and people with disabilities. "There are issues in which the preliminary draft respects the ICESCR and in others that must be improved," he explains. Nor is it included, according to this entity, the requirement of an alternative housing guarantee for cases of people at risk of homelessness.

“The key is to recover the public stock of social rental housing”, explains Sonia Olea, from Cáritas Spain when speaking of the new Law. In addition, she specifies that it is necessary “that it can be arranged in the event of forced eviction. That this park remains with its public ownership permanently". It seems that the Government is taking steps in this direction: the Royal Decree Law of this week, by which the Government ensures the possession of more than 50% of the shareholding of the Management Company for Assets Proceeding from Bank Restructuring, the SAREB, can be interpreted as a shift in this direction, since the text enable to the bad bank to transfer housing to public entities or non-profit entities, "thus incorporating social utility within the objective of optimizing value", as can be read in the BOE.

Until now, the pronouncements of the ESCR Committee have served Ben Djazia, Viviana López, Rosario Gómez-Limón, Fátima El Ayoubi, Mohamed El Azouan, El Ayoubi, Hakima El Goumari, Ahmed Tidli and IDG, to achieve that in the last seven years it is recognized that their rights to the protection of the family and minors have been damaged and that they have the right to an adequate standard of living and continuous improvement of their living conditions. These opinions respond to articles 10 and 11 of the ICESCR, which include the lack of effective access to the courts in the face of mortgage evictions and evictions without a housing alternative for families with minors, including those with high degrees of disability or women who are victims of sexist violence.

The pronouncements of this UN body include individual recommendations on the casuistry of each plaintiff and also general ones, referring to structural measures that are claimed from the corresponding country as obligations to be fulfilled. Repeatedly and over the years, the six negative communications sent to Spain refer to breaches that should be resolved in the drafting of the Law. Rubio interprets them as another missed opportunity: “At the moment in the current text of the preliminary they comply with the resolutions of the ESCR Committee and an opportunity is lost to take steps towards it”. If nothing changes during the parliamentary negotiation process, with the possible amendments that are incorporated, he assures that "decisions against Spain will continue to fall due to violation of the right to housing."

Both Amnesty International and CAES or Cáritas España are part of the Civil Society Monitoring Group for compliance with the rulings of the ESCR Committee on housing, known as the ESCR Monitoring Group, which in turn is part of an international network made up of more than 240 entities. In Spain there are currently twelve: these three are joined by the Foundation of the General Council of Spanish Lawyers, Architecture Without Borders (ASF), Observatori DESC, the European Federation of National Organizations that work with Homeless People, (FEANTSA), the Platform of People Affected by Mortgages (PAH), the Regional Federation of Neighborhood Associations of Madrid (FRAVM), the Federation of Neighborhood Associations of Barcelona (FAVB), the Union of Tenants and Tenants and Provivienda.

“In our country there has been a very strong housing crisis, with more than a million first-home evictions over a decade,” explains Javier Rubio, a lawyer at the Center for Social Studies and Counseling (CAES). This has caused, in his opinion, "a strong reaction with the presence of a social movement with hundreds of assemblies that have a high-level legal team."

The Monitoring Group and the State Attorney have been at odds for some time over the binding nature or not of the Committee's decisions. Mendiola cites article 96.1 of the Spanish Constitution, which states that “validly concluded international treaties, once officially published in Spain, will form part of the internal legal system”. The State Attorney maintains a very different position. It issued a circular in 2020 where it considers that the International Committees are not judicial bodies and, therefore, their function is only interpretative. ElDiario.es has tried to obtain the assessment of the State Attorney through the Ministry of Justice on several occasions, without obtaining a response.

According to this reading, this same criterion would be applied to the opinions and resolutions of the eight international treaties on Human Rights that have been signed by Spain. Thus, it would be the same for any report issued by the Committee for the Elimination of Discrimination against Women, against Torture, against Forced Disappearances or the Rights of the Child, among others. The ESCR Committee itself wanted to make clear in its latest follow-up report to Spain of November his "concern about the content of circular 1/2020 of the State Attorney's Office that affirms that the Committee's requests for provisional measures (...) are not binding." The UN organization uses a serious tone when recalling that "any State party that does not adopt such provisional measures fails to comply with the obligation to respect in good faith the procedure of individual communications, (...) and deprives the Committee of its ability to provide an effective remedy to persons who claim to be victims of a violation of the Covenant.”

For the entire Group, as explained in a document that analyzes the position of the State Attorney, “human rights treaties recognize the rights of individuals and obligations for States -which must be supervised- with validity in the international and national order”; what they interpret would be ratified in article 10.2 of the Constitution.

Sonia Olea sheds light from Cáritas in this regard by explaining that in fact, the Spanish State "has committed to modify the circular of the State Lawyer in the Sustainable Development Strategy, for its adaptation to the International Law of Human Rights, and also the modification of the Law of Treaties and other International Agreements so that guarantees are contemplated to comply with the obligations derived from the international treaties of the United Nations system signed by Spain.

All the entities represented in the Monitoring Group are currently working together on a document of proposals so that the opinions, completely binding for them, of the UN ESCR Committee in the Housing Law, can be included during the negotiation process. parliamentary decision that begins at the time the bill enters Parliament, with or without a favorable opinion from the CGPJ.