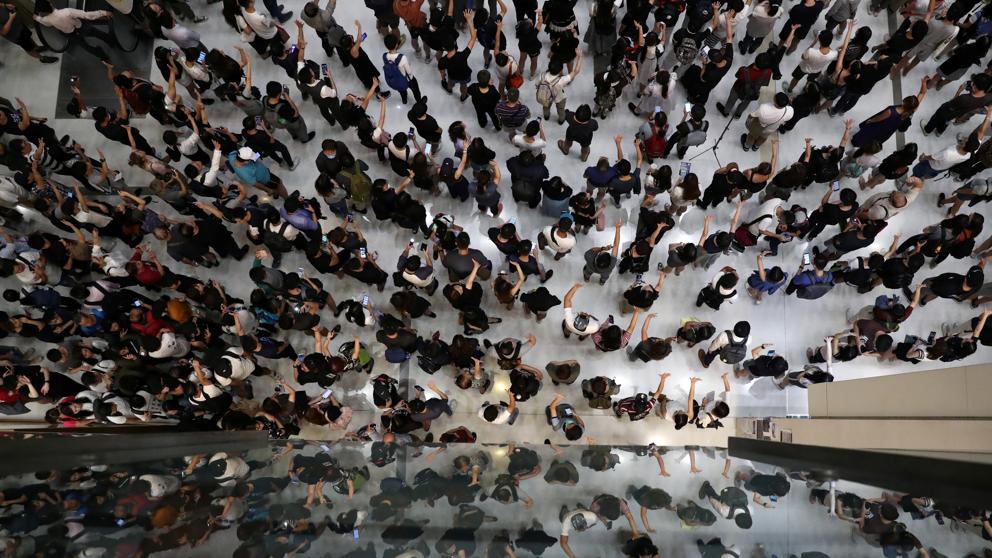 The bag of Hong Kong yesterday presented an offer to win his rival, the London Stock Exchange. On the plate, the Asians, together with the Clearing Clearing Company, put some 35,000 million euros, one part in cash and another in shares. A surprise movement, which would mean the creation of the third world financial place after the New York Stock Exchange and the Nasdaq.

However, the initiative has little chance of prospering. The political climate is not the most conducive. The two cities are wrapped in great tensions. The British capital is locked in the Brexit while the Chinese territory has been experiencing riots for weeks because of its tense relations with Peking.

The operation not only represents a twist of history (the excolony that wants to take control of the finances of its former mother house), but it also raises geopolitical blisters taking into account the current climate. First of all for the British, who would yield to foreigners one of the jewels of their crown.

Second, for Europe itself. If carried out, the Chinese capital would set foot through the back door in the financial heart of the Old Continent, just when there are misgivings about the control that Beijing could exercise over 5G telephone networks (the Huawei case).

Nor is it curious that Hong Kong is betting on London at a time when the loss of strength of the metropolis is discussed following the abrupt departure of the United Kingdom from the European Union, which could result in less influence at scale City's global.

It will be said that precisely the weakness of the pound makes the offer cheaper and competitive, but also in this case there are doubts, because the premium that the Hong Kong Stock Exchange is willing to pay is very high, since the operation implies value the British operator 23% more compared to the prices of last Tuesday.

According to the statement from the Asians, the merger would create a group "with diversified assets, ideally positioned to take advantage of the evolution of the global economic landscape and create a link between the eastern and western markets, particularly in China."

The response from the London Stock Exchange was much warmer. “The Hong Kong Stock Exchange has
made an unsolicited, preliminary and conditioned offer, ”declared the British. The condition they refer to is another obstacle that goes against this transaction, since the proposal requires the London operator to end its negotiation with Reifinitiv, a data provider that uses a platform such as Thomson Reuters and has as aim to create a pole of financial information to compete with the other giant in the sector, Bloomberg.

This last operation, which is not yet closed, also represents an important outlay: about 24,000 million euros. And the English don't seem willing to back down.

Dia deepens its crisis and closed last year with a negative net result of 790.5 million

Ferrovial returns to benefits with the sale of assets