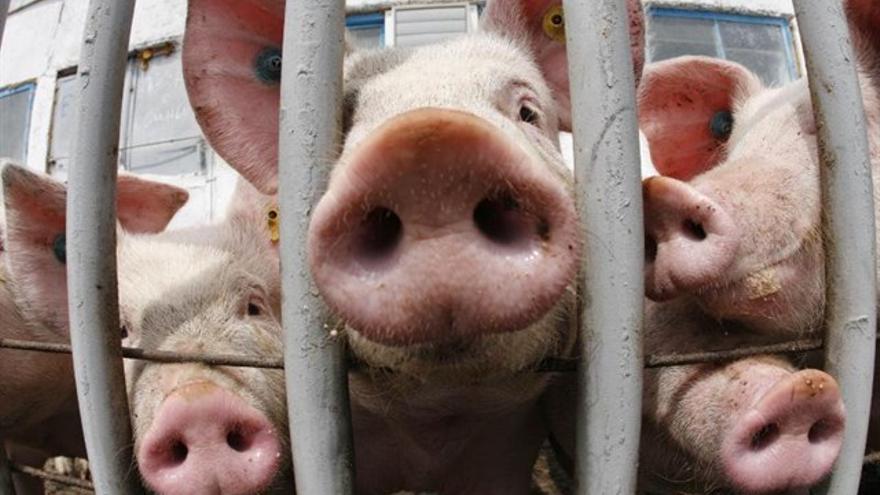 The Popular Party has turned his hoax about the statements of the Minister of Consumption, Alberto Garzón, on the macro farms in one of its main props of the pre-campaign of the castile and leon elections next February 13. Pablo Casado's team considers that fueling the controversy benefits him electorally in the elections of a community in which the rural economy has a prominent weight and that is why he is now trying to stretch that dispute with the Government by forcing a debate in the Permanent Delegation of Congress which takes place this Tuesday. Just two days before the official start of the campaign, the highest parliamentary decision-making body in non-working periods –such as the month of January– will discuss and vote on whether both Garzón and the Minister of Agriculture, Luis Planas, must appear urgently to give explanations on the statements of the former.

The wording of the requests for appearances registered by the PP delves precisely into the hoax spread by the right, also assumed by some leaders of the PSOE –like the presidents of Aragón and Castilla-La Mancha, Javier Lambán and Emiliano García-Page, respectively–, about what Garzón said in the interview granted to the British newspaper Guardian and that was published on December 26. The statement asks the Ministers of Consumption and Agriculture to declare "to report on the serious declarations" by Garzón which, according to quotation marks popular, stated that "Spain exports poor quality meat and does not respect animal welfare".

In reality, the Minister of Consumption never pronounced that phrase that the PP now puts in quotation marks. Garzón limited himself to assuring, according to the transcript of the interview to the British media provided by the minister himself, that that of the macro-farms "is a meat of worse quality" than that of extensive agriculture, that these farms cause "animal abuse" as well as "a huge and disproportionate ecological impact". He also showed his support for the intensive livestock sector in the English media, recalling that this "has a lot of weight" in regions such as "Asturias, part of Castilla y León, even Andalusia or Extremadura."

Although that interview was published on December 26, it was not until January 3 that the right-wing politicians, but also the media, began an all-out war against the minister, whom they accused of "attacking" livestock. The first politician to spread the hoax was precisely the president of Castilla y León, Alfonso Fernández Mañueco, who has been the one who has advanced the elections in his community and who aspires to re-election as head of the PP list for Valladolid. "What has Castilla y León done for the Government of Spain to attack our farmers again? We are not going to admit it. They will have us in front of us in defense of the men and women of the countryside. The Minister of Consumption has to rectify now or resign," said Mañueco in a tweet in which he linked to a story that manipulated Garzón's statements published on a meat industry website.

"It is unacceptable that the Government tells the foreign press that 'Spain exports poor quality meat from mistreated animals'. Another attack on ranchers and farmers and the image of our country. We demand responsibilities and immediate rectification," he added, for his part. , the leader of the PP, Pablo Casado, in another tweet. The official Vox account added: "It is outrageous that a minister dedicates himself to pointing out and discrediting our ranchers when he grants interviews to foreign media." "Alberto Garzón has once again despised a fundamental sector of our country. This time it has been the turn of the meat sector to suffer from its high level of ignorance and sectarianism. Spain does not deserve a minister like this and we will force Congress to vote his disapproval ", also said the leader of Ciudadanos, Inés Arrimadas.

There was also criticism from the ranks of the PSOE despite the fact that Garzón – leader of the United Left – is part of the coalition government between Socialists and United We Can. The socialist Javier Lambán, president of Aragon, directly called for the minister's resignation and pointed out that these "unfortunate and senseless statements" were a "direct attack on an important part of the Aragonese economy, which strives to be competitive and sustainable." "It is in itself an insult to intelligence," he wrote on Twitter. The president of Castilla-La Mancha, also a socialist Emiliano García-Page –whose Government promoted and contributed to the approval in the autonomous parliament of the indefinite moratorium precisely so that new macro-farm projects cannot be processed–, asked him to rectify, while the Minister of Education and Vocational Training, Pilar Alegría, distanced herself from the words and said that Garzón had pronounced them "in a personal capacity".

At first that was the official slogan of the socialist part of the Executive: that the Minister of Consumption had made these statements "in a personal capacity", while the ministers of United We Can supported his partner in ranks. Moreover, Planas, Minister of Agriculture, held on January 11 in an interview on Onda Cero, that the "controversy" was "regrettable" because "it calls into question the ranchers" and criticized his colleague in the Government for "not having had the required prior communication" on a subject of his competence. "I am the Minister of Food. If someone talks about it, the normal thing is that they call me," he said.

From January 3, during the Reyes festivities and in the weeks that followed, the right-wing took advantage of any intervention to request Garzón's resignation despite basing that demand on manipulated statements. The PP used the hoax, promoted by the lobby meat, for the Mañueco campaign, but at the same time stood as a defender of a part of the industry that receives strong criticism in rural Spain, also by mayors or leaders of the PP, that they have had to amend themselves or, directly, erase their past.

One of the examples is in Castilla-La Mancha, where the PP promoted on Twitter in the recent past the creation of platforms against the macro-farms, recommended the reading of reports that warn about the health consequences they have or pointed to the Socialist Government Emiliano García Page as the sole person responsible for these farms being built. Today there is no trace of those tweets because the party deleted them, after they returned to the public light. In recent weeks, Mañueco has assured that "the concept of a macro-farm does not exist" while, practically at the same time, Casado denounced Garzón's words about intensive agriculture but from an extensive agricultural farm, in which the animals graze in semi Liberty.

The fallacious narration dominated the scene and the political-media debate for almost two weeks, with numerous interviews, both with right-wing leaders and with Garzón, focused on the controversy of the macro-farms. but last week the PSOE wanted to put an end to the dispute understanding that, joining in some cases to criticize the Minister of Consumption, the Socialists had given 10 days of pre-campaign to the right. The order issued by Moncloa was then that there would be no more interviews on either side of the coalition to "feed a false story from the right." The slogan of lowering the decibels has been assumed by all the members of the Council of Ministers, who now intend to mark the agenda with social matters and data on economic recovery.

This Tuesday, however, the controversy will once again focus media attention due to the debate that will be generated in the Permanent Delegation of Congress by the requests for the PP to appear for Garzón and Planas, which will foreseeably decline due to the rejection of the Government groups and their partners. parliamentarians. In that same meeting, the holding of extraordinary commission sessions for the appearances, where appropriate, of six other members of the Executive, always at the request of the PP, will be discussed. Those of Casado have also requested the appearances of the first and third vice presidents and the ministers of Health, Finance and Public Administration, Justice and Transport, Mobility and Urban Agenda.

In the afternoon the first plenary session of the year will take place, one that will be of an extraordinary nature and that has been requested by the Government to validate three royal decree-laws of measures for La Palma, of modification of the Economic and Fiscal Regime of the Canary Islands and of measures in the energy field. This latest rule extends the application of the 10% VAT on the electricity bill and the extraordinary discounts in the social bonus for vulnerable consumers and maintains the 4% VAT on surgical masks. On the other hand, it includes measures to encourage the installation of recharging points for electric vehicles and self-consumption projects and also modifies the intermediate deadlines for administrative procedures for the authorization of new renewable energy plants.