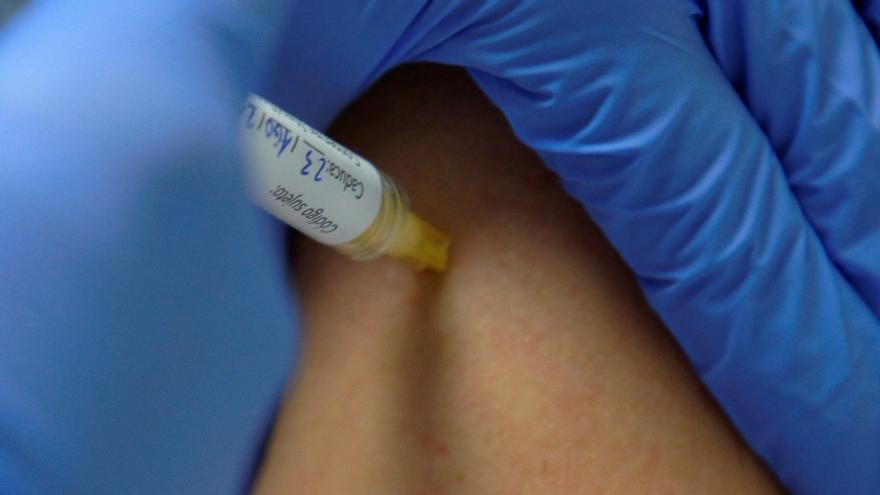 The vaccine against covid of the pharmaceutical company Hipra expects to receive authorization from the Spanish Agency for Medicines and Health Products next week (AEMPS) to go to the phase III of its clinical trial, prior to marketing, scheduled for the second quarter of the year.

In this third phase, 3,000 volunteers from twenty hospitals will participate, seventeen from Spain, two from Portugal and one from Italy, have explained sources from the company, which this Monday received the visit of the president of the Generalitat, Pere Aragones.

Amer's Pharmaceutical (Girona) hopes to have the vaccine ready before next summer, so that it can be marketed after receiving the approval of the European Medicines Agency (AEM).

Hipra will have a production capacity of 600 million doses of the vaccine by 2022, which will serve as a reinforcement to any of the other four that are on the market.

The Catalan president, who has visited the laboratories of the pharmaceutical company together with the Minister of Health, Josep Maria Argimon, has insisted that the Hipra vaccine will be fully operational and about to be supplied to the population during the second half of this year.

"The vaccine has begun the final phases of validation and if everything goes as it should, it will be about to be supplied to the population in the second semester, if all the schedules provided in accordance with the regulatory bodies are followed", said Aragonès, who has stressed the importance of vaccines to curb the covid.

Along these lines, he recalled that "thanks to vaccines, the severity (of the pandemic) from the hospital point of view, and especially the number of fatalities in this sixth wave of the pandemic has been drastically reduced.

The President of the Generalitat has recalled that in this sixth wave the new omicron variant "It has a great contagious capacity and the fact of being protected by vaccines allows the severity or effects on health and on the Catalan hospital system to be much less".

Given the current rise in all epidemic indicators, Pere Aragonès has made a appeal to citizens to continue vaccinating, both to those who have to receive the third dose and "to mothers and fathers, so that they vaccinate their children without hesitation" because, he said, "it is the best way to protect ourselves from this disease".

During his visit to the Hipra facilities, he was able to see the manufacturing process of the vaccine and also "how the commitment to research and innovation and the collaboration between the industry in the field of health and public institutions allows the generation of collective value" .

Along these lines, he stated that "administrations must have an entrepreneurial attitude, like the one we are having in many areas with Hipra, but especially also with the clinical trials of this vaccine."

"The idea of ​​the country that we want to develop is that of a country that is also competitive in the areas of added value, betting on the generation of quality jobs, attracting talent and investment throughout Catalonia," said the Catalan president .

For Aragonés, "administrations must collaborate and take advantage of the transforming capacity of initiatives like this, both from the point of view of health and economics and also of territorial balance".