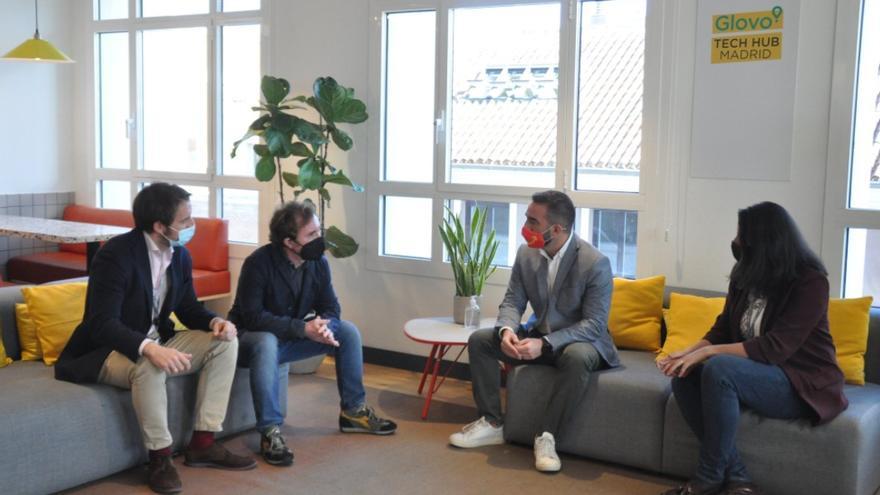 The High Commissioner for Spain Entrepreneurial Nation of the Government, led by the socialist Francisco Polo, has praised Glovo's contribution to developing "talent" in Spain. The home delivery company founded in Catalonia, but which now it is in the hands of the German Delivery Hero, has a long history of labor fraud due to the use of false self-employed workers and millionaire debts with Social Security derived from it. He also maintains several open cases about his work model. Today, after Deliveroo left the country, he is the only big company that is challenging the Rider Law by keeping the bulk of its distributors as self-employed.

"With the Spain Entrepreneurial Nation Strategy we have the opportunity to increase the possibilities of attracting, retaining and developing talent. A goal to which companies like Glovo contribute," the high commissioner highlighted on his Twitter account on Tuesday.

Polo's visit to the technological center of the multinational with the yellow bags in the capital arises because the High Commissioner "received an invitation from Glovo to visit its technological development center in Madrid, located in the Chamberí neighborhood", they respond from the department directed by Polo to elDiario.es.

"It's about a hub where engineers are hired, a type of professional profile that the Spain Entrepreneurial Nation Strategy aims to promote: the generation of quality employment", they add.

Regarding Polo's message in which he praises the development of Glovo's "talent" in Spain despite the causes of false self-employment and debts with Social Security, the High Commissioner considers that "it is necessary to recognize when a company makes a bet for quality employment by investing in a center like the one Glovo recently opened". It is a "center in which 50 qualified professionals work today and which aspires to reach 250 linked to technology in the next two years," they indicate in the dependent department of Moncloa.

The Polo team highlights that the Spain Entrepreneurial Nation Strategy "seeks to transform the productive bases of the country to generate an economic model that allows us to generate a greater number of quality jobs".

"It has been precisely this Government that has approved a regulation such as the Rider Law, with the aim that digital platforms have to transition towards the employment model of labor relations to guarantee the improvement of employment conditions," they maintain.

A transition that Glovo has not made. The so-called Rider Law presumes the professionalism of the riders or distributors of digital platforms and was approved after the Supreme took a position in this debate and concluded that Glovo used fake self-employed, following the complaint of a messenger. At the beginning of 2021, Glovo owed 16.2 million euros to Social Security in unpaid contributions by workers and the Labor Inspection had registered 11,000 couriers as employees in different actions, according to sources familiar with these.

When the Rider Law came into force in August, three months after its approval, to give companies time to hire delivery personnel, the multinational announced that it would keep 80% of its couriers as self-employed with some changes in their commercial contracts. . Only Glovo distanced itself from the employment relationship established by the legislation, along with Deliveroo, which was already leaving the country.

Glovo announced that it would hire some 2,000 delivery men as employees. They accounted for 20% of the between 9,000 and 11,000 couriers who distributed for the multinational, according to the company's own figures. After the months, despite repeated questions from this medium, the multinational has not confirmed whether it has reached those 2,000 job contracts or how many riders They continue to distribute as self-employed with the new model implemented.

According riders contacted by this means, the company has absorbed a huge number of couriers after the end of Deliveroo's activity in Spain. "As it is the one that maintains the self-employed model, now there are many people to distribute," says a messenger. This causes a lot of competition between workers.

The Labor Inspection maintains open actions on the company's labor model, both with respect to the old self-employed system and the new one implemented with the Rider Law, as this medium has learned. In Barcelona there is a great cause about to closewhich can reach some 8,600 delivery men, according to El Periódico de Catalunya.