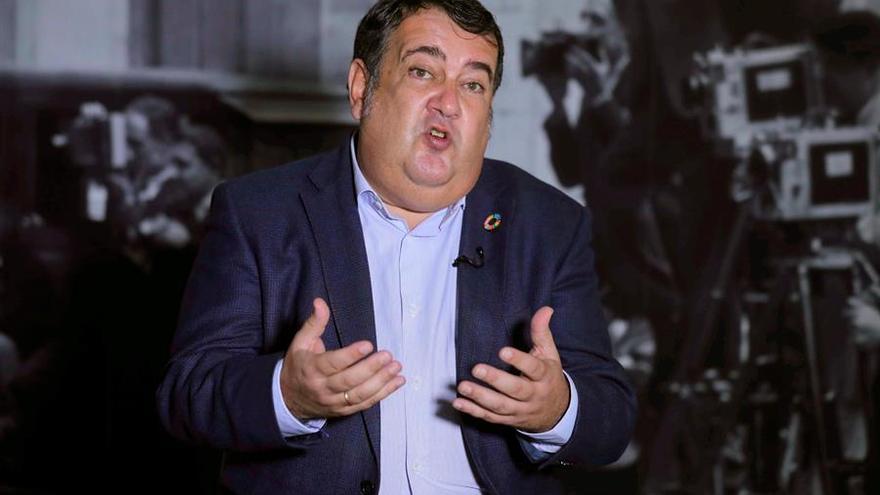 Almost 50 years have passed and not even with the future law for the protection of children and adolescents, the aggressor of Ernesto Gasco would be convicted, but the High Commissioner against Child Poverty has decided to reveal a fact that he had kept hidden until now, so that others take the step: “When I was a child I also suffered abuse in the religious school where I studied.”

“I invite all minors not to be afraid, that it is not right; when an adult wants to play with them, you cannot play everything; and that they report it,” he says in an interview with Efe in which he rescues his memory of the abuses to which he was subjected when he was eight or nine years old by a priest from his school in San Sebastián.

This Friday marks the Universal Children’s Day. Since the beginning of the year, Gasco has coordinated the Government’s fight against the multiple forms and causes of child poverty from the Palacio de la Moncloa, but he has one thing clear: “The vulnerability of children, abuse of minors, have nothing to do with see whether one is rich or poor. ”

His school, whose name he does not reveal, was an upper-middle-class religious center in the capital of Gipuzkoa, where Gasco (PSE) has spent practically his entire political life.

“It is the first time that I make it public, I have never done it. I was very young, I was first in EGB, I would be eight or nine years old, it is very difficult to know if that is right or wrong and it is very difficult to report it, to know where direct you “. At that age, he was silent: “I did not report it at the time or tell my family, I am telling it now.”

“I am 57 years old, 50 years have passed, it is no longer a crime nor would it be with the new law (it would have prescribed), but I want to value it because my option was to remove it from my life, as if it had not happened, to get ahead I have a significant, important position, and as I did at the time coming out of the closet, I believe that my public statement can help those who are now having a hard time. ”

Gasco was one of the first politicians to publicly declare himself gay. In 2003, a few months after the Law on Domestic Partnerships of the Basque Parliament came into force, he formalized the relationship with his partner in a ceremony held in the plenary hall of the San Sebastian city council and in 2005, with the law that opened the door to gay marriage, they got married.

Now he is talking about another law, that of comprehensive protection for children and adolescents against violence, which is being processed in Congress and which establishes that the statute of limitations for the most serious crimes against minors will begin to count when the victim complies. 30 years.

At present, this period is calculated from the age of majority and many crimes go unpunished, since the victims take many years to psychologically assimilate the abuses suffered by children and take the step of the complaint.

“It is a very important law because it will allow boys or girls who are violated or abused to have a place to go to report it,” says Gasco. “When you are very young, you are not aware of whether that is good or bad, because in addition an authority is doing it in some moral cases, and you are in a religious center, and you make your first communion …”

One of the axes of the High Commissioner, he explains, is to recover the voice of children and minors, to stop making policies for children and youth without listening to their concerns and needs. Gasco hopes that the new law will open a way for victims of abuse, a way to report it, to make them “feel totally free to develop as people from a young age.” And he is also happy “very much that the Vatican is starting to clean its house as well.”

The interview takes place shortly after the Vatican released the investigation into the 90-year-old former Archbishop of Washington Theodore McCarrick, expelled from the priesthood and the College of Cardinals by Pope Francis for abusing minors.

According to this unpublished investigation ordered by Francis, John Paul II and Benedict XVI, despite the continuous rumors, they let the matter go by being misinformed by bishops and nuncios, despite years of anonymous complaints that were dismissed after little or no inquiries .