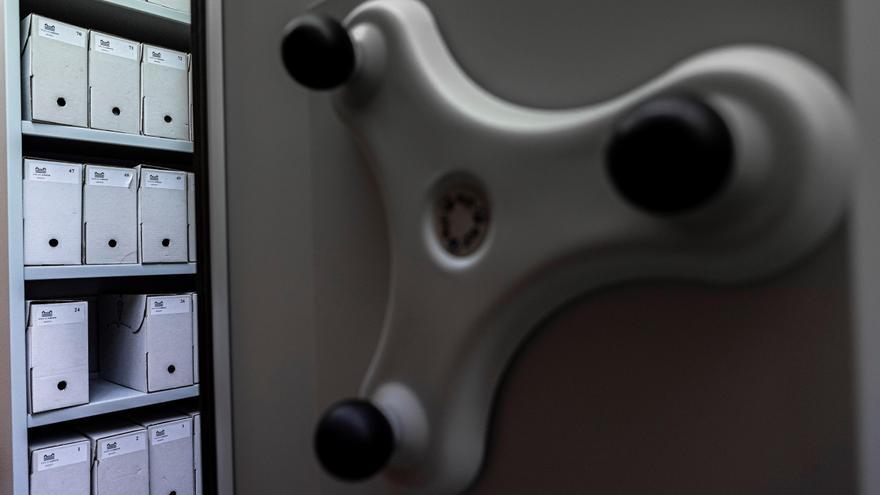 If the archives are, in general, little known to the majority of society, museum archives are even more unknown despite the fact that they house "life, history and memory" of the pieces that we enjoy. And one of the oldest museum archives is that of the Army Museum, which was born in 1803 in parallel with the Museum itself. On the occasion of the International Archives Day, which is commemorated every June 9, Efe has gone to the Army Museum, in the Alcázar of Toledo, to see its archive from the hand of the Museum's technical director, Teresa Moneo.

Toledo is a city with a rich archival heritage within which stand out, for example, the Historical Archives of Nobility, the Provincial Historical Archives of Toledo, the Municipal Archives or the Archives of the Primate Cathedral. In the case of the Army Museum, its archive is one of the oldest in Spain since it was created more than 200 years ago, in 1803, at the same time as the Royal Military Museum, which is the germ of the current Museum.

Moneo has explained that these files have "great importance"because they are the memory of the museum and allow us to know the history, evolution and origin of both the building, from an architectural point of view, as well as the collections and pieces it houses. It is" very interesting "to know" life, history, the memory of that garment "or that object, to know who it belonged to and how it was used," and that is the documentation that we keep "in the archive, he pointed out. It is not the same that a uniform belongs to someone, who used it in certain circumstances, so that you do not know who its owner was and the battles it has gone through.

Moneo has highlighted the fact that just at the beginning of the 19th century the military decided to dedicate a room as an archive of the Military Museum, and since then all the files and you can see how it evolved into the Military History Museum in 1932 and into the Army Museum since 1940. In fact, they dedicated a space for the archive and another for the library when the Museum was created.

Among the 16,000 files that make up the archive of the Army Museum there are several types, including acquisitions -especially when the Museum was moved from Madrid to Toledo (2010) and some collections had to be completed- and those related to daily life and the history of the museum, which include plans of its original location or of the Buen Retiro Palace when it was moved and that inform even the leaks that had or when it was decided to put heating or place an elevator.

These memories of the museum also rescue the activities that existed and the structure of the institution: at the head of the Museum there has always been a general as director, below were the colonels, at the head of the artillery or engineering plants, and later conservators, janitors and other workers. From the file we know how the daily life of the Museum was organized and how it was adapting to the times. For example, with regard to visits: at the beginning only individuals, especially personalities, could visit it by appointment, until at the end of the 19th century it was opened to the public every Wednesday morning.

Other types of files in this archive are related to the military commissioners, who came to be like the commissioners of antiquities of the Royal Academy of History; They were soldiers who reported the findings that were produced, so that when reforms were made in a fortification or barracks and a cannon or a weapon appeared, they reported it and the Museum decided if it was of interest and kept it. In this way, numerous pieces from the War of Independence have arrived at the Army Museum, from these "chance finds".

And many pieces have also arrived by donations from military families who participated in scientific-military expeditions during the 19th century, since they returned to Spain with weapons or instruments that, over time, the families donated.

Also, there are private collections of certain characters, for example Marcelo Adrián Obregón, one of the last of the Philippines: the Museum preserves all the documentation that the family had about his life and those days, and pieces such as a trunk, a spoon or decorations.

"If you don't know whose it was, you don't have his memory"

For Teresa Moneo, a collection of "great importance" both for its quality and for its quantity is that of Antonio Romero Ortiz, a prototype collector of the 19th century in the manner of Lázaro Galdiano or the Marquis de la Vega Inclán, who started a museum in his home with pieces of all kinds, from porcelains or medals to armor or letters.

This politician who was minister and governor of the Bank of Spain, among other positions, had classified his file in various groups and in this way autographs of famous people have reached today, from O'Donell, Prim or Isabel II to Emilia Pardo Bazán or Benito Pérez Galdós, or letters like the ones he kept related to the search for a headquarters for the Bank of Spain (in its current location in Plaza de Cibeles).

Within the archives and museums it is called 'authentic' to the certificates of the origins of the pieces, those documents that report where an object comes from, who it was from and how it was used. "In the Museum we have the collections but imagine a pistol, weapon or barrel ... if you don't know whose it was, how it was used and why it was used, you don't have the memory of that piece, which is what the archives are for, to preserve the memory of the pieces ", stressed Moneo.

The Museum archive is being digitized and is available to the public (currently by appointment). Most of those who use it are researchers or undergraduate or master's students.