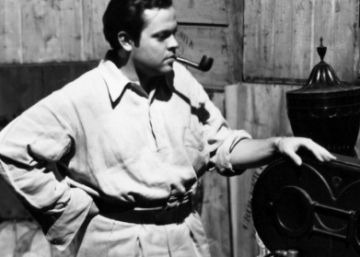 When writer Barbara Leaming finally convinced Orson Welles to allow him to write his biography, the filmmaker warned him that he was facing “a very dense story”And that perhaps the best option was to address the issue in the manner of Citizen Kane (1941): in the face of the difficulty of articulating a conventional biographical account, it is better to convert into speech the impossibility of establishing an elusive identity. Leaming paid half attention to him, but the premiere of The look of Orson Welles It shows that the filmmaker was loaded with reason: there are too many angles from which to approach this essential creator and, when everything seemed to have already been said and analyzed, the critic and documentary maker Mark Cousins ​​proposes a new way of entry and achieves that the revisitation of a classic does not sound like redundancy, but discovery.

THE LOOK OF ORSON WELLES

Author of that monumental The Story of Film: An Odissey (2011) rewriting the history of the medium questioning, among other things, the centrality of the Western gaze, Cousins ​​starts here from a material whose existence was known, but in which perhaps no one had ever submerged anyone with such a contagious passion and so delivered ability to relate echoes and map aesthetic and discursive coherence: Welles's abundant graphic work. As if this were an extension of Citizen Kane or Mr. Arkadin (1955), there is even here a mysterious box that, courtesy of the artist's daughter Beatrice Welles, will release her treasure of revelations.

Cousins' thesis is that in Welles more than a great movie and theater man there was a compulsive and constant plastic artist, who not only scrupulously designed the stage of his montages or the atmosphere of his films on paper, but also used the line to understand his surroundings and decipher himself. Perhaps Cousins ​​goes a little out of hand when, in the end, he improvises a hypothetical response of the filmmaker to his thorough analysis, but The look of Orson Welles It is a work of love that sweeps several layers of dust into the cinephilia.

The Philharmonic manager sues Morales in the process for workplace harassment