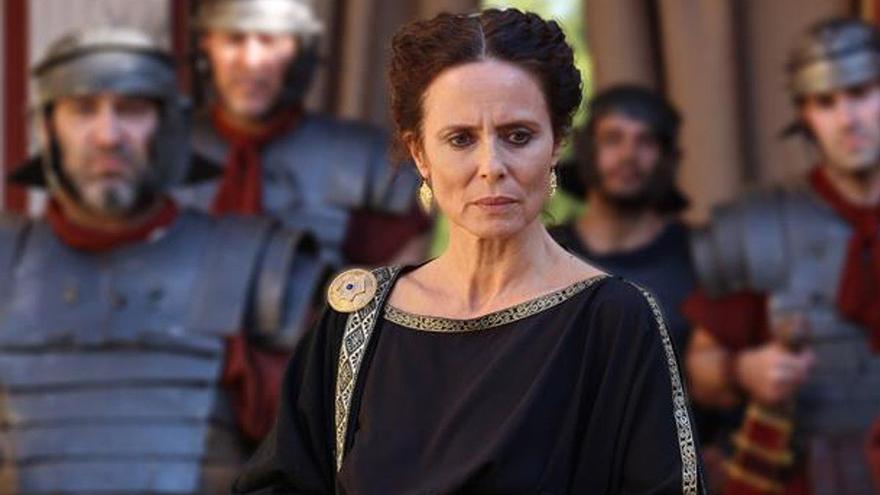 Throughout history, the lives of many women have been made invisible because the chronicles have focused on highlighting male achievements. Also in the ancient Rome, where few know that there were gladiators, the first senator, a woman who commanded an army or the ‘trans’ pioneer. Israel of the Holy, the creator of docuseries such as ‘Lola’, ‘El Palmar de Troya’ and ‘Conquistadores: Adventum’ uncovers the key role of some women during the period of the Roman Empire in ‘The heart of the Empire’, six-episode documentary series that Movistar + premieres this Thursday, November 25 (22.00 hours).

“Rome is a tremendously documented period, but by a few male chroniclers and historians, so the vision of all the events that occur there is very masculine. But if you take a history book and look at it, the women are there, normally to give birth to a great hero or marry him. Although there are some of them that appear in the sources because they come out of the pot “, emphasizes Del Santo, who claims the figure of one of the protagonists of ‘The Heart of the Empire ‘, Cleopatra. “She went down in history as a great man-eater, who bewitched Julio Caesar and Marco Antonio. However, reviewing the millions of pages that are written about her, only those lovers are known to her. It also appears in these sources that she speaks eight languages, is an excellent diplomat, and writes medical books. It even seems like another character that we had been told with the same name, “says the director.

Other examples given by Del Santo are those of Fulvia, “whom they describe as Caesar in a skirt, a mafia, the first woman to lead an army and who appeared on a coin and whom almost no one remembers”; Heliogabalus, “who is considered the first transsexual in history”, and Julia Mesa, the first senator.

The latter “actually exercised the power of Roman emperor, although with an interposed person, in his case his grandson, because women could not hold that position,” he recalls. Aitana Sánchez-Gijón, who gives life to this character in ‘The Heart of the Empire’. “There are female characters who were transcendental in the history of Rome, sometimes acting from the shadows, because it was the only place where they were allowed to be”, underlines the protagonist of ‘Boca a boca’ and ‘Un paseo por las rosas. ‘.

Image of a gladiator in ‘The Heart of the Empire’. MOVISTAR +

Along with her, actresses like Sandra Escacena, Erika Sanz, Alba Luna, Carolina Garrido, Inty El Meskine, Jennifer Bucovineanu, María Granada and Joana Pastrana (three times world boxing champion) recreate the lives of these women, while the writer Santiago Posteguillo (Planeta Award for ‘Yo, Julia’, and a great connoisseur of the Roman era) acts as a narrator. To give credibility to the story, its creators wanted the dialogues to be in the language that was spoken in those years, the Latin.

In the middle are interspersed the assessments of six experts: the doctor in Roman Law Amelia Castresana; the doctor in history Patricia González; the archaeologist and historian María Engracia Muñoz; the actress and historian specializing in the History of Rome Lidia San Jose (‘Paquita Salas’); the psychologist Mireia Darder, and the doctor in Classical Philology Cristina de la Rosa. “Santiago and I decided to take a step back and leave the space for them to reinterpret those sources and those chronicles,” explains Del Santo. “Our obsession was to tell the other half of the story, that of the women,” he adds.

The docuseries confirms that the stories about the protagonists of the six episodes they have always been stained with negative connotations. “In the writings, the woman who leaves the pot always ends badly or ends up blurred because the story, at the end and at the end and unfortunately, does not stop implanting morality”, affirms the director. Especially when we talk about women, as happened to Livia. “She was the perfect woman, in whom every Roman should be reflected. But she has gone down in history as a poisoner, when her husband, Augustus, was also a poisoner and we remember him as the great Roman emperor,” says Del Santo. “The woman can never get out of the pot, because if not a historian arrives and condemns you,” he sentenced.