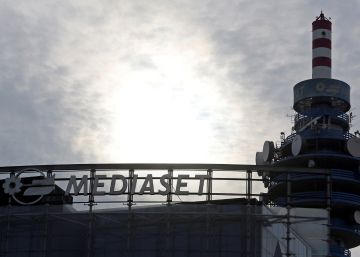 The judge of the National Court, Ismael Moreno, has agreed to direct against 14 television entities, among which are the main television networks, the procedure called La Rueda, which investigates the alleged fraud for which millionaire income was obtained for the copyright of musical content broadcast in night programs. The magistrate attributes to them a crime of corruption in business committed through organization and / or criminal group.

Moreno figures the fraud at 100 million euros and places the investigated period between 2006 and 2011. According to the magistrate’s order, the group of investigators could enter 20 million euros a year. The criminal activity “could not take place without concerted action with the different television networks,” he adds.

The operation of the plot was that some members of the SGAE recorded musical themes that were often works of public domain to which some changes were made in the arrangements. Later they registered them in the SGAE in their name or that of relatives or friends. Certain television workers bought these songs and broadcast them on nightly programming. The nightly collection came to account for 70% of the income generated by SGAE for their songs on television, although it only accounted for 1% of the audience.

The Office of the Prosecutor of the National Court filed a complaint in 2016 following complaints made by different associations and individual partners of the SGAE that made known the existence of a group of partners of this company that for 10 years had been performing irregular actions regarding the registration and / or modifications of musical works.

The magistrate details the operation of this operation known in the sector as “La Rueda” and which consists in the fraudulent registration of alleged modifications of original works as if they were new works, without any variation of the authentic and original, in the largest part of the cases; in other cases, slight modifications were made with respect to the original score. These records, Moreno explains, were made either in the name of the denounced or people in their environment or in the name of companies created for this purpose as assignees of the copyright. That operation, adds the judge, was initiated by the investigated by contacting young students of classical works in conservatories who were offered to appear on television interpreting any of those works.

Subsequently, the defendants recorded the work broadcast on television as their arrangement “either by changing the title, either making slight arrangements and charging the royalties accrued when in fact the work is the original classic without any variation.”

The instructor points out that those investigated could be acting in collusion with workers of television producers, in such a way that “they would pay these commissions so that their repertoire was disseminated at night, with preference to other works.” In the same way and to avoid being detected and always appear the same beneficiaries ceded their copyrights to relatives, spouses, children or creating societies or producers.

The criminal responsibility of televisions

The judge is based on the prosecutor’s report in which he asks for the accusations and explains that the criminal activity “could not be carried out without the concerted action with the different television channels in which the musical repertoires that generate the aforementioned economic benefits are emitted, which they would be thus acting in collusion with those so far investigated, since their intervention would be aimed at recovering part of the money they pay annually to the SGAE for the use of the repertoire of the investigated ”.

The origin of the performance called “return”, continues the magistrate, is found in the creation by the televisions of musical publishers with which they intended to reduce the money they pay annually to the SGAE. At the end of the year, if the chains register songs that they emit they must charge a series of copyrights that substantially reduce the total amount paid to the authors’ society. They usually keep 50% of those rights. The other 50% is the one that gives input to composers, interpreters, producers and assignees that share percentages of that remaining part.

The judge’s order considers that the criminal responsibility that can be attributed to the people in charge of the areas of the televisions that carried out the negotiations and those investigated so far, must also transcend “to the television entities involved in which the musical repertoires were reproduced in question, because they did not activate or apply any protocol aimed at preventing the commission of criminal acts, nor did they effectively implement control or reaction mechanisms suitable for detecting criminal actions committed within their corporations, thus allowing the issuance of musical repertoires not with quality criteria, obtaining audiences or other lawful purposes for such television entities, but with an objective of a fraud. ”

The resolution indicates that the proceedings carried out so far reveal the absence of prevention mechanisms “aimed at establishing a culture of respect for current legislation. Likewise, these indications show a radical transgression of legality and behaviors that seriously attacked free and straight competition in hiring ”.

For all these reasons, Moreno concludes that there are indications that television entities have participated in the omission of these facts, not as a mere instrument of crime “but as authentic subjects of rights and obligations, and therefore must acquire the procedural legal status of the investigated with the rights and guarantees inherent therein ”.