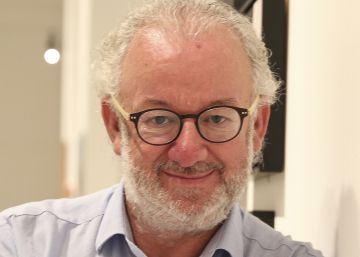 Fernando Francés, former Director of the Center for Contemporary Art (CAC) of Malaga and since February General Secretary of Cultural Innovation and Museums of the Junta de Andalucía, is summoned in the Court of Instruction No. 4 of Santander on October 23. There he will be tried for an alleged crime of "minor injuries" against the artist Marina Vargas (Granada, 1980), which, according to the report of the complainant, struck on July 15, 2018, during the celebration of the Santander Art Fair.

"About 20:15, Fernando French (Torrelavega, Cantabria, 1961), after pointing me with my finger and repeating: 'You've fucked up, you fucked up', he hit me in the face with his hand. All the details of the aggression are in the knowledge of the Police, because I have lodged a complaint against this person, "the artist wrote days later on her Facebook wall. Vargas maintains the version of events and tells this newspaper that it is ready to break the silence, now that the complaint has been found (it was misplaced for almost a year in the Santander police station). "It has been a very hard year, in which I have been questioned and I have not been believed, that the complaint has been admitted for processing is a victory for me," says the artist.

As explained by Vargas' lawyer, two days after the events, her client, already in Madrid, filed the complaint at the Arganzuela district police station, which was processed the day after that of Santander. However, from July 2018 to May 2019 the complaint disappeared at the police station in the Cantabrian capital. It was not until two months ago when the Municipal Police of Santander got under way, at the moment that Vargas moved there to ask about her.

According to the lawyer, he had "gone astray". When the police finally found her, they started investigating. By then, the images of the cameras had already been destroyed. Only 10 days are preserved (almost a year had passed). The penalty typified by minor offenses is imprisonment from three months to three years or a fine to be paid from six to 12 months.

Required by this newspaper, Francés has declined to comment: "I have nothing to say. I prefer that you speak of all the changes that we are taking in Andalusia ", he answered. French has made headlines this week by the dismissal of Rafael Doctor as director of the Andalusian Center of Photography (CAF), of Almeria. The Sector Roundtable, which brings together the main associations of the contemporary art world, considers that this measure "Questions the independence and autonomy of cultural institutions, causing serious damage" to the main Andalusian center dedicated to photography.

The events referred to in the complaint took place in the gallery of Javier López and Fer Francés, the defendant's son. The two parties will provide their witnesses to reconstruct the facts. As it is a misdemeanor, the court will listen to them and determine if they are valid, but in case of doubt it is usually resolved in favor of the defendant. The director of the gallery said then that they were very surprised with the news because the only witness of the discussion, according to his version, was a worker who said he saw no aggression, just a discussion.

The collective La Caja de Pandora, a group of more than 3,000 women linked to art and culture, echoed the aggression. "Once again, it becomes clear how the structures of power take advantage of the privileges that men hold. In many of the cases in which the woman decides to make it public or denounce, the pressures to which we are subjected and the doors that close for us, force us to withdraw the complaint, "they said in a statement in which they showed their I support Marina Vargas.

The Association of Women of Visual Arts (MAV) also took a position: "We send our full support to the artist Marina Vargas and we show our rejection of all the aggressions, violence and coercion that are exerted against the women of our society. Together, we fight to unmask and eradicate all kinds of aggressions against women in the art world, Sister, we are here to support you. "The Association of Visual Artists of Madrid declared that" physical and psychological violence must be totally separate from any relationship between art professionals, as well as threats and blackmail. "

French, member of the Order of the British Empire, has been questioned in the past by alleged conflicts of interest that have arisen as director of the CAC and by including in the public institution of Malaga artists represented by the gallery of his son, as Vargas herself . The controversy was revived after being appointed general secretary of Cultural Innovation and Museums, when at the same time had several companies that committed their position. The Minister of Culture of the Board, Patricia del Pozo (PP), had to go out to give explanations about this situation, although Javier Fernández (PSOE) did not serve him: "Fernando Francés is a toxic asset in counseling".