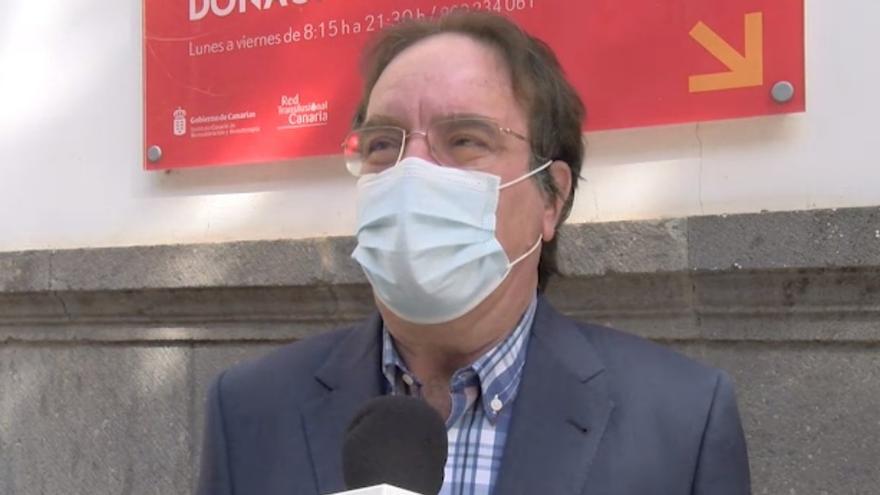 The Head of the Epidemiology Section of the General Directorate of Public Health of the Government of the Canary Islands and President of the Spanish Society of Vaccination, Amós García Rojas, has assured this Tuesday that vaccines are the “safest” biologics on the market, since before starting their public use they must have undergone a clinical trial process with population samples “very, very superior” to the rest of the drugs.

This is how he has put it Garcia Rojas Given the doubts that the coronavirus vaccine may haunt the population. In this sense, he clarified that a vaccine “is usually administered to healthy people to prevent damage, therefore, you have to be extremely scrupulous in what is developed with these instruments.”

For this reason, he has defended in statements to the media that when a vaccine begins to be of public use it is because the regulatory bodies of the drug, which are made up of professionals “of very high and relevant scientific solvency”, have carried out an “exhaustive study” of the entire vaccine process, as well as of all clinical trials, and “they have verified that they are safe and effective processes for what they are intended and for that reason they authorize it.”

In any case, it has recognized that in “extremely rare occasions” there may be an “important secondary effect derived from a vaccination” and in these cases the pharmacovigilance system “works in a magnificent way”, since it has indicated that it “is capable to detect a possible case related temporarily to the administration of a vaccine “, specifying that” not causally, after millions and millions of administered doses “.

“That is a clear sign that the pharmacoviligance system works very well”, has added that when a case is detected, that “it is known if it is related temporarily or causally with the vaccine, it is automatically notified and studied because they are the safest drugs on the market.

Subsequently, after being studied, the consequence obtained from this analysis is adopted, stating that “normally, the logical thing and most frequently happened, is that they are phenomena caused by chance with the vaccine, not causally”.

Therefore, García Rojas hhas asked the population for “tranquility and tranquility” because it has stressed that if there were “the slightest doubt about the safety of a product that is being offered in public vaccination policies, that product would have been prohibited by the regulatory bodies of the drug , who are the ones who have the powers to make such decisions “.

Likewise, he has invited “not” to lose sight of “what is fundamental”, which has stressed that “it is necessary to vaccinate, vaccinate and vaccinate because it is the only way to end this drama” because where “really is the important weight The problem is in the disease “, which has added” unfortunately every day “several people die” as a result of the disease because they could not be protected with the vaccine. Therefore, there is the problem “.

The Mossos reveal the most surreal excuses used to avoid restrictions