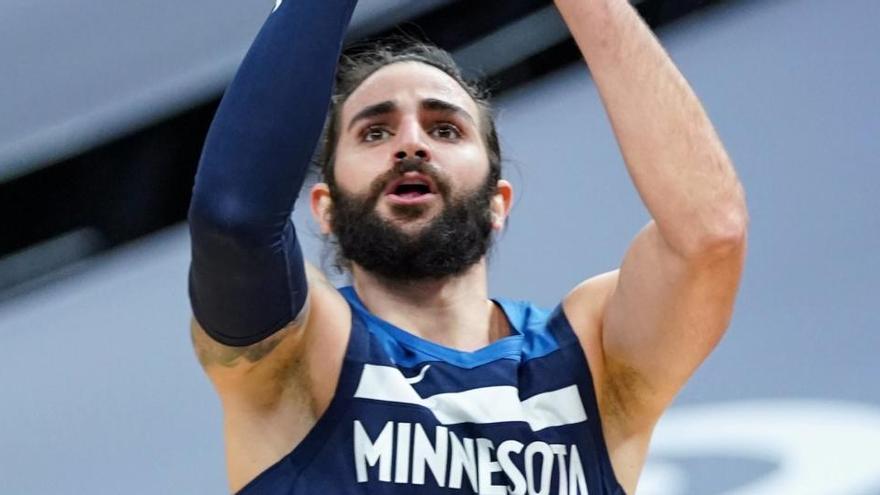 The Timberwolves of Ricky Rubio since its main star, Karl Anthony Towns (KAT), is out after contracting covid-19, and on Friday they accumulated their fourth consecutive loss, and the eleventh so far this season, against the Atlanta Hawks in which Trae Young and Clint Capela excelled.

Spanish base Ricky Rubio returned to the field after missing three games due to league protocol against La NBA. But Rubio only shone on rare occasions and could not prevent the Minnesota team from suffering a new beating against a Young who scored everything (43 points, his career record) and a Capela who scored his first triple-double with 13 points. 19 rebounds and 10 blocks.

The two Hawks players summed up the main ailments of a Wolves laden with young inexperienced players: non-existent defense and negligible rebounding ability.

In attack, Atlanta's men tore apart the Wolves' flimsy defense. Except for the first quarter in which Minnesota's players stood up to Atlanta's and took the lead four times during that span, the Timberwolves were unable to make a decent shot selection.

The point guard D'Angelo Russell, on other occasions the team's leading scorer, stayed at 9 points throughout the game, with a 22% success rate and a triple of the five attempted (20%). Rubio, who only scored 4 points after 14.4 minutes of play, had to be content with a percentage of 33% in the shots of two and 0% in the triples (0 of 2 attempts).

In front, Young had a glorious night. If his defender gave him space, which was not very difficult, he made 3s from the roof (he made 8 of the 12 3s he tried). And when he wanted to, he ripped into the paint and ended under the rim.

Meanwhile, Capela made the most of Towns' absence: he dominated the rebound under his own and opposite rim; and gave a masterclass on corking in his area. He triple-double Atlanta's tall man has the added value that he is the first in the NBA since 2018 to include double digits in the plug section.

The game started with equality. The leader of the scoreboard changed eight times during the first 12 minutes. With a 7-10 score, Rubio entered the field and the Spanish point guard managed to impose a certain discipline on his teammates both in defense and attack.

When Rubio was replaced by Russell with 1.15 left in the quarter, the score was 19-19. But with Russell leading the team, the Wolves received a 0-7 run that doomed the first quarter. After the first 12 minutes, the scoreboard indicated a 19-25 in the marking for the Atlanta team.

Wolves coach Ryan Sunders decided that Rubio would start the second quarter because of Russell's poor performance. But it was useless. When Rubio was substituted with 8.18 to go by halftime, Atlanta's were 10 points ahead on the scoreboard, with the Young-Capela tandem driving the Wolves crazy.

An example was one of the last plays of the second quarter. Capela misses his second free throw, takes his own rebound, passes to Young who ends the play with a triple with the Wolves in the audience.

The second half was to forget, with a disappointed Sunders, which earned him a technique, and Wolves that can no longer sink to the bottom of the Western Conference, with 11 losses and only 3 wins.