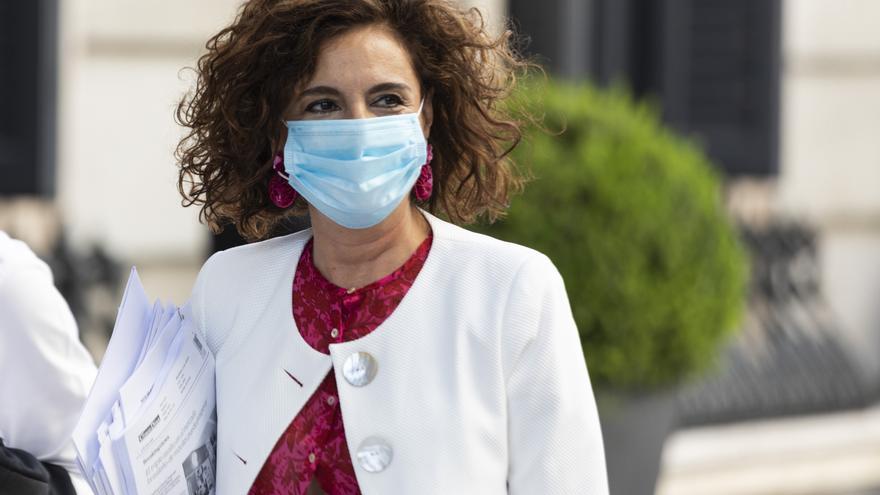 Between Montoro (Cristobal) and Montero (María Jesús) no great differences are seen, except for the vowel that distinguishes their surnames. It is what the finance ministers have, beyond ideologies, that never satisfy everyone. Rather they are always the target of all criticism. Of the autonomies, of the city councils, of the taxpayers and even of their companions of Government. The usual thing is not to please anyone. And, although the media spotlight always illuminates the complaints of the communities when it comes to financing, this time it is the municipal flank that refuses to let the Executive do good that “whoever starts and distributes, always keeps the best part”.

In the Spanish Federation of Municipalities and Provinces (FEMP) there is a neutron bomb that is about to fall on the Pedro Sánchez government. The reason is last proposal of the Treasury so that they can spend part of their savings on economic reconstruction after the health and social crisis. The document, far from convincing, has caused deep rejection, in addition to a resounding “no” that brings together mayors of all colors, although the socialists – led by the alderman of Vigo (Pontevedra), Abel Caballero – have finally decided to compromise with what they themselves consider a swallow just for “party discipline”, except for some exceptions that see in the last modifications of the Ministries some substantial changes.

Even so PP, Citizens, United We Can, PNV, ERC and PdeCAT still do not accept the conditions of the Montero proposal, by which the Treasury would keep the bulk of their savings in exchange for 5,000 million that the municipalities will be able to spend from their accumulated remnants. “They force us to hand over our money and in return they impose on us where and how we can spend it,” complains the Mayor of Madrid, José Luis Martínez Almeida.

Neither the offer for the municipalities to receive funds from the distribution of the millionaire European aid and of which Spain will receive 140,000 million has convinced the councilors, since the Ministry has not quantified a percentage. Now, the most it offers is a written commitment to address the reform of the financing law of local corporations as soon as possible. Mayors call it “long changed.”

The municipalities have been asking the Government of Spain for years to allow them to use their savings, which total 18,000 million euros, but neither the Stability Law nor the Constitution – after the express modification of article 135 agreed in the previous economic crisis between the PSOE and PP– allows it. And Sánchez seems to have completely forgotten about the derogation he promised in his electoral program and captured black on white in his government agreement with Unidas Podemos. At most it has reached an intermediate solution that involves the municipalities creating a loan in favor of the State for the amount of their remnants, which would be voluntary and would generate a municipal debt of 15,000 million euros. In this way, the Treasury would deliver an income between this exercise and 2021 of 5,000 million. And the rest, 13,000, would be returned to him in the next ten years.

Most are not for the work, among other reasons, because a final destination of the funds is imposed –especially for sustainable mobility projects– and the 10-year repayment period seems eternal. And all this, in addition, with a general feeling among the mayors of permanent injury regarding the treatment that Sánchez himself dispenses to the autonomies, with which he has met electronically during the pandemic on fourteen occasions and to which he has called this Friday for a face-to-face summit in San Millán de la Cogolla, which will be attended by Felipe VI.

Difficulties within the FEMP

In this framework, the president of the FEMP, the socialist Abel Caballero, has already made several empty attempts in search of consensus around the Government’s offer and that have forced the Treasury to withdraw at least once from the agenda of the Council of Ministers the Royal Decree to enable municipal resources. The result is the blockade and an astronomical interest payment that the municipalities are forced to pay to the banks to keep their savings immobilized. Caballero has had to cancel the vote on the FEMP Governing Board on several occasions due to the impossibility of reaching a unanimous agreement. Late this Wednesday, he was forced to postpone until Friday an extraordinary meeting of the Board that was going to vote on Thursday the definitive proposal of the Treasury. The PP asked for it after wielding that the appointment coincided with the celebration of some municipal plenary sessions.

The PSOE does not have a majority in the managing body of the FEMP, which comprises 25 members: 10 from the PP, one from Ciudadanos, Podemos-IU and Junts per Catalunya and 12 from the PSOE, who would need to secure at least one vote to approve the proposal sent by the Treasury. At the moment, he does not have it, despite the discreet negotiation that the socialists have held in Congress with the Puigdemont party to drag him to “yes” and idem with United We Can. The purple ones understand that the city councils are the “first trench in front of the crisis and that they cannot be governed against them, reason why they demand the shielding of the municipal autonomy and the reinforcement of its financing.

The discomfort is noticeable, even among the aldermen of the PSOE, that if the text is put to a vote, they have already said that they will vote in favor “with their nose covered” so as not to open a crisis within the party that erodes Sánchez and, incidentally, new arguments to the right with which to wear down the Government.

Be that as it may, and although Caballero –who does not defend the same critical position as his PSOE counterparts– obtained the vote he needs, the problem would be transferred to the Congress of Deputies, since the Executive would have to validate the decree with a majority that today it does not have for its proposal. And this without considering that Caballero would go down in the history of the FEMP as the first president to break with the historic unanimity with which this body has acted in the last 40 years. There was never a vote that did not come out in these terms. If Caballero insists on putting the text to a vote, it is probably the first in the history of democracy.

The mayor of Rivas Vaciamadrid, Pedro del Cura, understands that the lack of flexibility and the “arrogance” of the Ministry of Finance supposes “an intellectual contempt for what the municipalities represent, which are also State”. The latest text sent by María Jesús Montero is, in his opinion, a “proposal for recentralization and intransigence” that distances the agreement and leaves, in addition, the president of the FEMP and mayor of Vigo, Abel Caballero, in a delicate situation. “The minister acts more with the accounting logic of a state lawyer than with that of a progressive government,” he adds.

Precisely Caballero made a closed defense of the text before the last Federal Executive of the PSOE and after in a previous meeting the mayor of Valladolid, Óscar Puente, had a bitter confrontation with Sánchez under the terms of the proposal. On this occasion, Nuria Marín, mayor of L’Hospitalet de Llobregat (Barcelona) was the one who warned that the Treasury’s approach was going to need a lot of explanation in the municipalities. In the same direction, the complaints of other mayors, such as that of Mérida, the socialist Antonio Osuna, point out, who flatly refuses to increase municipal taxes on his neighbors “to finance the state deficit.” And also those of the aldermen of the PP, whose position is even more implacable.

Except for a miracle (secular) and that the Treasury gets off the hook with some other novelty in its latest proposal –something that is not foreseen–, the Government adds a new problem at a time when it does not have one and its relationship with the parliamentary groups that made the investiture possible not entirely optimal. Everything is in the air and everything points to the fact that the unanimous voting ended in the FEMP.

Socialists, Greens and the Left denounce to the president of the European Parliament the “partisan use” by Dolors Montserrat of the Petitions Committee

Madrid, or tax haven or at least refuge