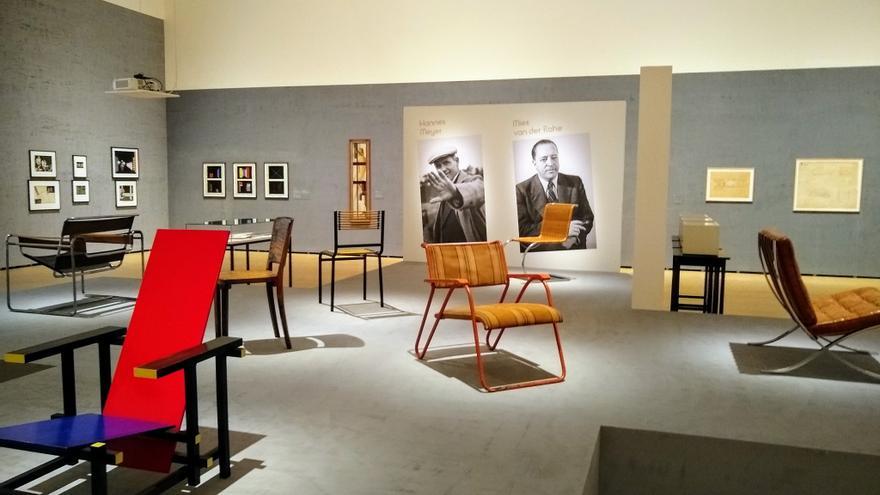 The explosion of creativity and the debauchery they represented “the roaring twenties” of the last century are reflected in the new exhibition that houses the Guggenheim Museum Bilbao and that invites the visitor to take a walk through the exuberance of that moment.

The sample “It is a hymn to freedom, to creativity”, as summarized this Thursday in his presentation by the playwright and opera director Calixto Bieito, who has been in charge of the exhibition’s scenography in a first and innovative collaboration with the Guggenheim Museum.

Works by Christian Schad or Grethe Jürgen, many audiovisual works, photographs, fashion, furniture … are some of the more than 300 representative objects of different artistic disciplines (painting, sculpture, drawing, photography, cinema, architecture or furniture design) included in the exhibition “Los locos años twenty “, which the Bilbao museum will host until 19 September.

The exhibition is jointly organized by the Guggenheim Museum Bilbao and Kunsthaus Zürich and curated by Petra Joos, from the first, and Cathérine Hug, from the second.

Those responsible have highlighted the parallels between the current decade and the twenties of the last century, when society was emerging from another pandemic, that of the so-called Spanish flu, and was mired in a great economic recession after the World War.

The pandemic current, that of the covid-19, prevented the opening of the exhibition a year ago, as its leaders intended to commemorate the centenary of the beginning of a decade characterized by “the desire to live, the artistic explosion and in other areas and the eagerness for innovation “, has highlighted the director of the Guggenheim Museum Bilbao, Juan María Vidarte.

The exhibition is focused on the transformation of European culture of that time, according to the curators, and brings the visitor closer to cities such as Berlin, Paris, Vienna and Zurich, where great changes and advances were taking place, some in force today.

The exhibition is structured in seven narrative chapters, which collect expressions of different progressive movements such as the Bauhaus, Dadaism or the new objectivity and includes architecture and design icons.

The public is offered a tour of seven rooms, under the titles of “goodbye to the trauma of war”, “new roles, new models”, “new ways of seeing”, “the fashion revolution”, “work and leisure”, “new notions about the body” and “desire”.

In his walk through the “crazy” decade, the visitor can contemplate from works of Le Corbusier, Fernand Léger, Constantin Brancusi or Max Ernst to furniture designs by the architect and designer Ludwig Mies van der Rohe or evening dresses by French couturier Lucien Lelong, among other pieces.

The exhibition, sponsored by BBK, also includes numerous audiovisual works that reflect the time such as the silent tape “The madness of Paris”, by Joé Francis, with the famous Josephine Baker as interpreter.

The artistic manager of the exhibition, Calixto Bieito, has confessed “excited” by the result of the assembly and has appreciated the teamwork that has involved.

As he has said, it is an exhibition “full of life”, with “colors that I had never seen in an exhibition” and its objective of “stimulate people’s imagination”.

The current artistic director of the Arriaga Theater in Bilbao and resident director of the Basel Theater has valued that “freedom in art is possible”, as well as “in thought”, and it is “never going to be lost”.