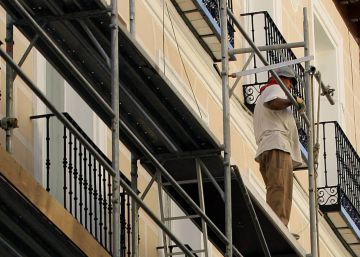 Acquiring a home that does not pollute or reform it in pursuit of energy saving is increasingly simple and profitable. As of this Friday, a seal will certify that the mortgages granted with these objectives meet the strictest criteria for safeguarding the environment. In the intentions of the European Mortgage Federation (EMF, for its acronym in English) – which represents the lenders of the Old Continent and promotes the initiative – the implementation of the label will allow identifying green credits in a more transparent and channel more private capital towards the improvement of the energy efficiency of buildings and sustainable building.

The attractiveness of green mortgages for the user is in their price. By borrowing money to buy or build a house with these characteristics or to renovate it, the consumer bears a lower cost than he would have to pay if he used the loan for other purposes. The discount comes in the form of “some kind of interest rate bonus”, Says the manager of the Spanish Mortgage Association, Enrique Benavides. Of course, the loan must serve to finance the acquisition of residential buildings with an energy performance that meets or exceeds the standards of the best market practices according to European regulations or works that involve an improvement in energy performance of at least 30%.

In this way, the transformation is promoted into a crucial sector for the reduction of emissions into the atmosphere of carbon dioxide in the EU, where buildings absorb 40% of energy consumption and some 200 million homes were built in the last century, according to data from the EMF. “The renovation of this park, which would drastically reduce pollution in our cities, is also a potentially enormous vector of economic growth,” in the words of the federation’s general secretary, Luca Bertalot, who underlines that 18 jobs are created for every million euros invested in the modernization of buildings. In this context, the green seal – whose launch has the endorsement of the European Commissioner for Energy, Kadri Simson – is designed to feed the call green dealwith part of that 45% of GDP that represents the mortgage market in Europe.

In Spain, the label —which for the moment is awarded only to reform-oriented financial products— has been assigned to Caja Rural de Navarra, Triodes Y Real Estate Credit Union (ICU). This last entity also leads the hub national that works on the decarbonization of the entire value chain and brings together real estate agents, reform companies, rehabilitators, construction companies, energy efficiency companies, architects, electrical, appraisers, and other entities.

For Cátia Alves, Director of Sustainability at UCI, “the seal comes to change, above all, the way in which it is green is perceived by all market players, from the client to the investor, something very necessary to avoid the greenwashing“, Or ecoposting, that is, the practice of some entities to call green to financing delivered for any purpose, except the defense of the environment. It will also provide “information on energy efficient loan portfolios and greater transparency with respect to climate risks and resilience,” highlights Alves.

“The green market It has come to stay ”, Benavides maintains, and it is true that“ the supply, still residual, will increase ”. But why should banks jump into the green mortgage market? The fact that the holder of a mortgage granted for an energy efficient home will have, for this very fact, a greater availability of resources to repay the debt, which results in a lower risk of insolvency for the bank. A negative correlation confirmed by a recent report from the Energy Efficiency Data Protocol and Portal (EeDaPP), which shows “that the degree of energy efficiency also matters, that is, buildings with the highest efficiency energy companies are associated with a relatively lower default risk, ”says Bertalot.

All of this will also have repercussions on the financial market, since “these assets will be included in energy efficient guaranteed bonds that will respond to the growing appetite of investors for this type of debt”, assures Alves.

For now, after about two years of pilot projectThere are around twenty European entities whose products have obtained the green label since the accession process was opened a month ago. “We expect to have a significant number of entities within a few months,” emphasizes Bertalot. The first challenge that the seal will have to face, as soon as it begins its journey, will be to verify its compatibility with the taxonomy that the European Commission is preparing to define a common standard for green bonds, and whose publication is scheduled for the end of March.